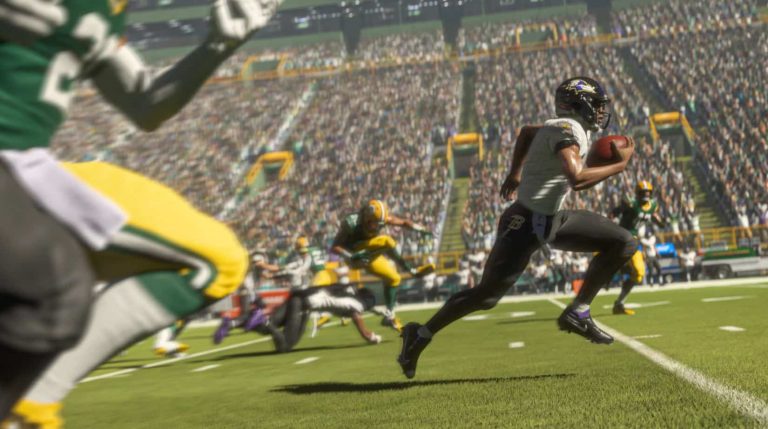 EA Tiburon has released a new next-generation-flavoured Madden 21 trailer, highlighting the game’s improvements for PS5 and Xbox Series X/S. In case you missed it, the PS5 version of Madden 21 comes out next month.

The game will feature advanced player tracking thanks to the data used in real-life players, who have an RFID chip in their jersey that records their whereabouts and movements on the field. This is only being included in the PS5 and Xbox Series X version of Madden 21, offering a more lifelike representation of American Football.

You’re going to see it day one, first game. There’s no doubt in my mind. It just feels different. On defense, it’s more fun, but I think even, like, running the ball, it feels like there’s half a second more to read the hole and align your running back to hit that hole.

Meanwhile, Playcalling has been overhauled for Madden 21 on next-generation consoles, allowing gamers to bookmark plays via a double button press that stores your favourites to a new tab in the playcalling window. This is a long-requested feature, as is having plays being broken down by the player they’re designed for.

Visually the game has also been given a massive revamp, with the PS5 and Xbox Series X’s increased processing power allowing for deferred lighting, which makes player faces more recognisable. In addition, the sideline will now include real players and not basic stand-ins, and it’s now possible for players who run out of bounds to bump into sideline photographers.

Madden 21 is due for release on PS5 and Xbox Series X/S on December 4.