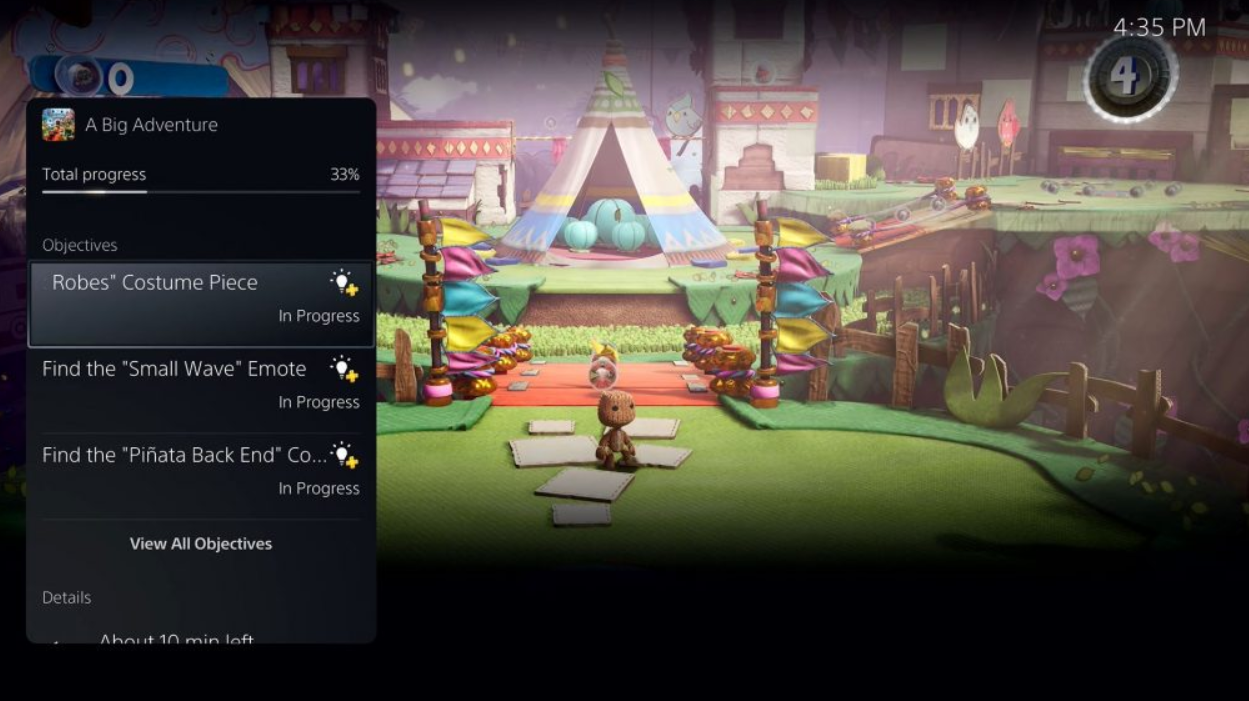 A new PS5 patent which has been uncovered suggests that Sony could implement a message and tips feature to the PS5, where players can leave guides and walkthroughs for players in a game, helping them complete an objective or find a secret.

The patent, which was discovered by ScrubWiki, was originally filed in 2020, with it being made public this month. The patent shows messages being overlayed onto an image from Killzone, offering tips and help for players. One of these tips reads “Through the door then around the corner.”, with the other displaying “Watch out for this guy as you come around the corner”, complete with a drawing and arrow showing where the enemy is.

This feature would also seemingly be available in both singleplayer and multiplayer games, with the patent reading as follows:

“The generation, association, and display of in-game tags are disclosed. Such tags introduce an additional dimension of community participation to both single and multiplayer games. Through such tags, players are empowered to communicate through filtered text messages and images as well as audio clips that other game players, including top rated players, have generated and placed at particular coordinates and/or in context of particular events within the game space. The presently described in-game tags and associated user generated content further allow for label based searches with respect to game play.”

This system would be organised by assigning tips a ranking and choosing the higher rank tips to display in a person’s game. The patent also makes reference to this advice being visual, textual, and also audio, suggesting these tips can be shown in different ways depending on the game.

It’s worth noting that patents don’t always result in a feature or system being implemented but this would be an interesting idea. Although, some people may find it annoying, so we likely would be able to turn it off if it is ever implemented onto PS5.