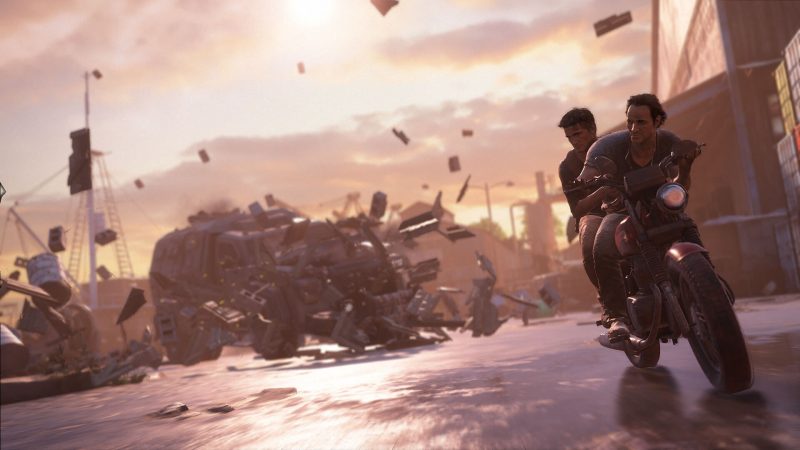 Uncharted: Legacy Of Thieves Collection is due out next week, and it marks the arrival of Nathan Drake, Elena Fisher, and Victor Sullivan onto PS5. We’ve been going along with these characters on adventures for two generations of PlayStation consoles now, about to head into a third, and even still we’re still learning new things about these games.

Specifically Uncharted 4: A Thief’s End. A new report from website IGN spoke to Naughty Dog developers about how one of the franchises best chase sequences came together.

The video focuses on the chase sequence in Madagascar, and delves into the technology behind how they were able to choreograph the whole sequence.

You can watch the video for yourself, here:

Amazing as this sequence is, it’s just one part of an entire franchise of bombastic, intense moments. It’ll be great to see how Uncharted 4 and Uncharted: Lost Legacy look and run on PS5 natively, and it’ll also be great to see them on PC later this year.

However it still feels a little short of the mark without the initial three games to go along with them. They’re still available to play on PS5 through the PS4 remasters, but Drake’s first three adventures are more than deserving of their own PS5 and PC ports.

If nothing else, just port Uncharted 2. It’s the best one in the franchise anyway.