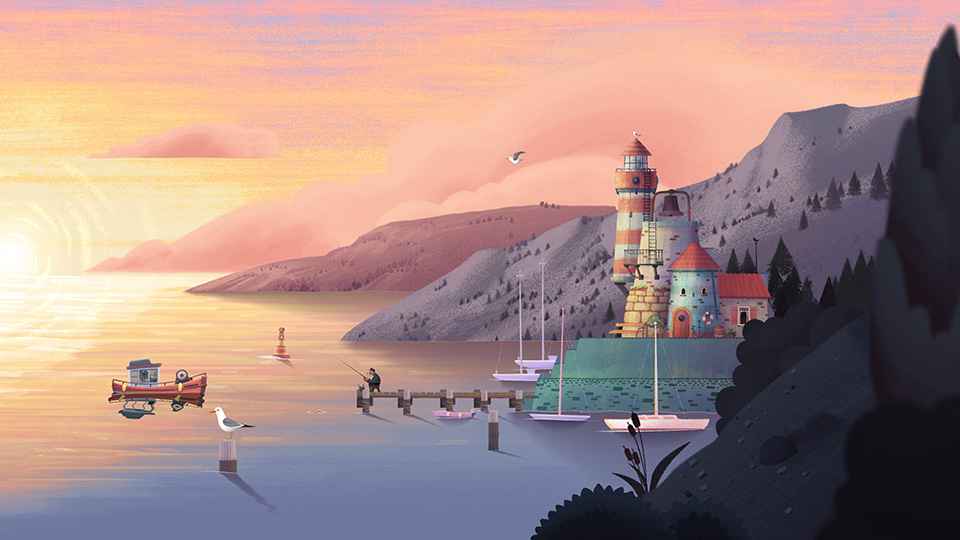 Already hugely successful on mobile devices, having won numerous awards since releasing in May of last year - not to mention receiving a nomination for best mobile title at The Game Awards 2017, narrowly missing out to Monument Valley 2 - Austrian developer Broken Rules' ineffably charming point-and-click adventure Old Man's Journey is finally coming to PS4 on 29th May, PlayStation's official Twitter account has confirmed.

Old Man's Journey, a game of life, loss, and hope, comes to PS4 on May 29. pic.twitter.com/GaU7zowjGE

Putting the player in the shoes of an older, unnamed protagonist with a bittersweet past and nothing more ornate than a simple wooden walking stick to help him traverse the gently rolling hills of the idyllic French countryside in which the game is set, Old Man's Journey offers the kind of quiet, relaxing experience that serves as the perfect aperitif to the likes of Dark Souls: Remastered or God of War.

Old Man's Journey - A Game of Life, Loss, and Hope There are no tutorials and no complicated gameplay mechanics to learn: there's not even any dialogue. Instead, the tale unfolds through a series of gorgeous, hand-drawn images that manage to convey real meaning and emotion despite the lack of traditional narrative exposition.

Sony hasn't provided a price point for the PS4 port as of yet, but, if the iOS version is anything to go by, expect Old Man's Journey to set you back somewhere in the region of $7.99 when it arrives at the end of the month.