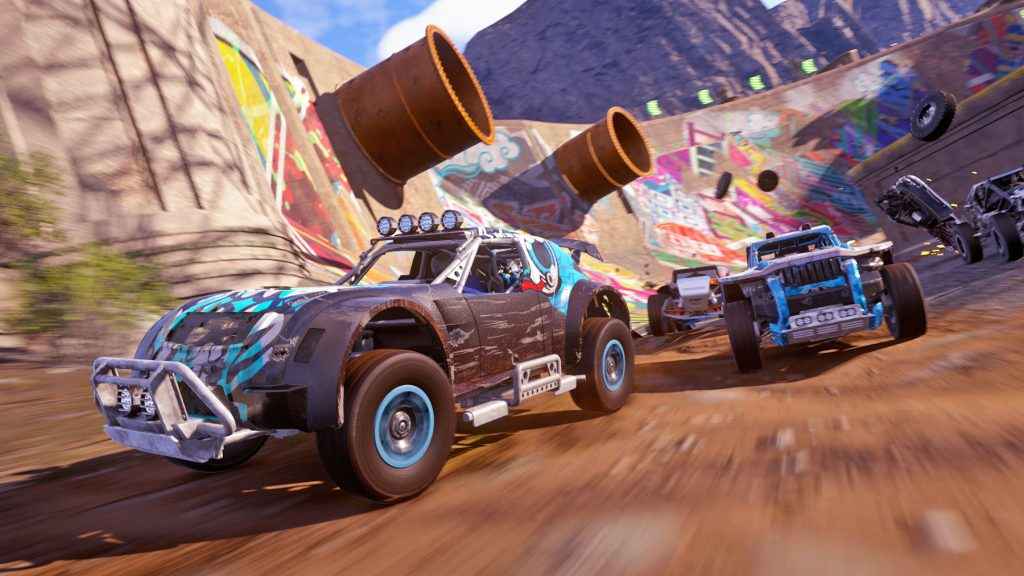 UPDATE – The winners are:

ONRUSH is now available for PS4, and we've got 10 full game codes to giveaway. To celebrate the release of Codemaster's vehicular combat game in which you race, smash and takedown opponents, we're giving you the chance to win 1 of 10 PS4 games for North American consoles.

Here's what you could be playing…

From one of the leading developers who brought us the Colin Mcrae, F1 and DiRT series, ONRUSH delivers action-packed, arcade racing with incredible speed.

Choose the right car/motorcycle/off-road vehicle set-up and risk everything to build up points and destroy opponents. Perform stuns and slam rival opponents into submission across a variety of game modes, including:

How To Win ONRUSH on PS4

To win one of 10 PS4 North American codes for ONRUSH, simply answer the following question:

Why do you want to play ONRUSH? What excites you about this fast-paced arcade racer?

Answer below in the comments section, or RT the following tweet with your answer:

RT and tell us: What excites you about this fast-paced arcade racer?

ONRUSH is available to download now from the PlayStation Store.