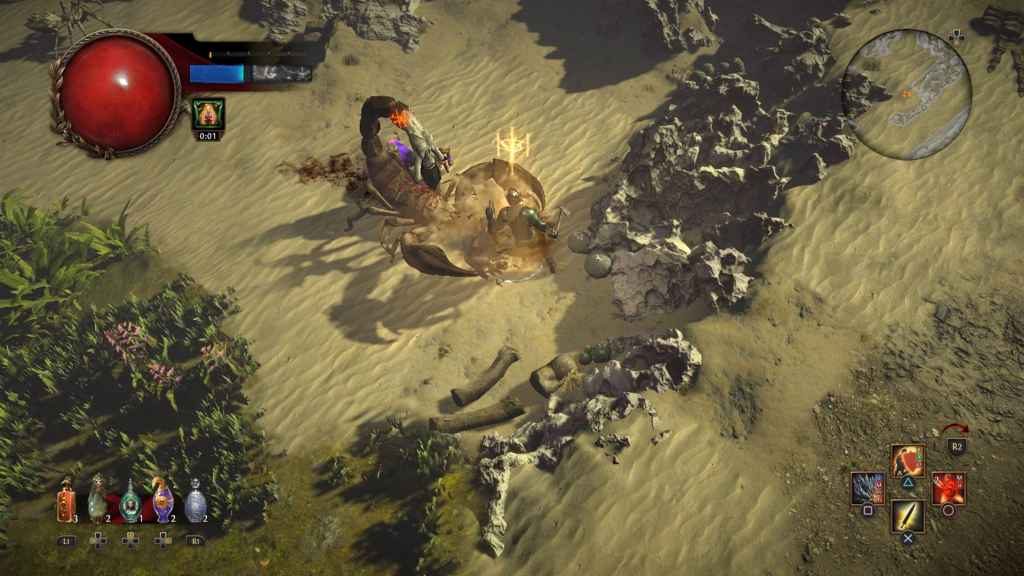 Grinding Gear Games has revealed the official patch notes for Path of Exile update 3.6.4, revealing a number of performance and graphical enhancements encompassing all three versions of the game. Along with a number of relatively minor bug fixes.

Arguably the most significant aspect of the patch, as far as visual/performance enhancements go, concerns the appearance of certain skills. Specifically, Frostbolt, Frost Bomb, Magma Orb, Molten Strike, Summon Flame Golem and Vortex, all of which should look and perform slightly better following the 3.6.4 update.

The remaining graphic-specific updates, meanwhile, are as follows:

Skills and monsters are also the main focus of the patch’s bug fixing efforts.

For instance, one such issue that was causing four Distant Memories to spawn facing each other (thus making them all inaccessible to players) has been resolved. As has another, equally frustrating one that saw players afflicted with Corrupting Blood, even when bolstered with certain anti-bleeding modifiers.

In addition to the above, Grinding Gear Games has provided fixes for a number of other bugs in which:

Finally, the 3.6.4 update lays the groundwork for the upcoming Synthesis Flashback event. Scheduled to take place between the 11th May and the 4th June.

Free-to-play action-RPG Path of Exile is available right now on PS4, Xbox One, and PC.