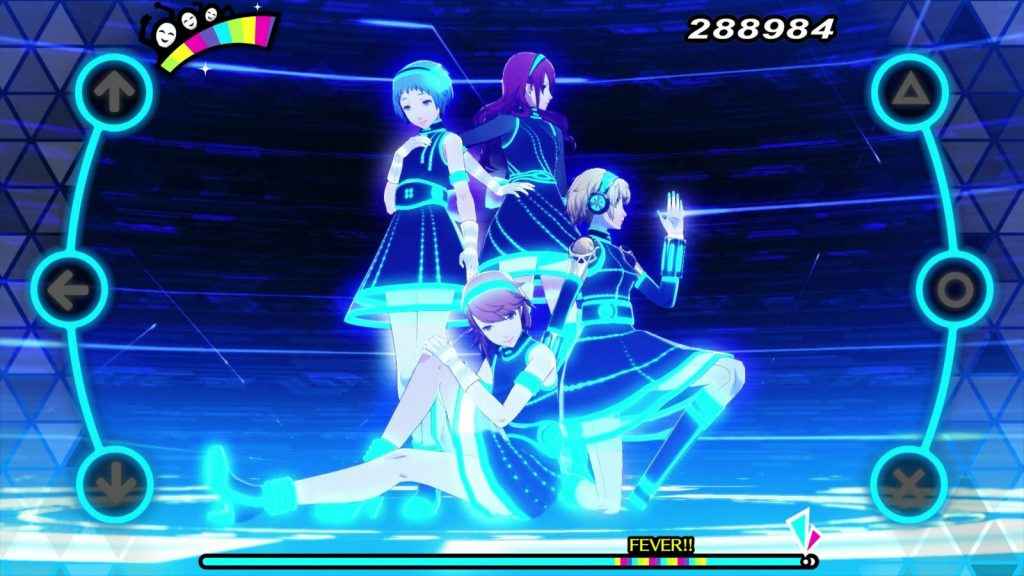 Persona 3: Dancing in Moonlight and Persona 5: Dancing in Starlight, the most recent Persona rhythm games to release in Japan, are heading to Europe and North America in early 2019 and will be available on both PS4 and PS Vita, Atlus has confirmed.

Based on everyone's favourite mash-up of turn-based JRPG with an anime aesthetic and high-school dating sim, Dancing in Moonlight and Dancing in Starlight will feature every single song contained in the original Japanese version of the games, along with full English dubs of the tracks included, dual audio options, and a range of European-language subtitles. Though, as with all such games, new songs and other supplementary features will only become available once the player has progressed to a specific level of skill.

In addition to frantically pounding buttons to the tune of Shoji Meguro and Ryota Kozuka's iconic songs, Dancing in Moonlight and Dancing in Starlight boast a number of complementary social features that give players the opportunity to interact with their favourite Persona characters. “These scenes offer a fun look into character personalities and relationships with each other; some ‘Social' scenes will also unlock new items after they're viewed!”, explained Atlus USA Associate PR Manager Jonathon Stebel.

Steal some hearts… with Persona dancing! The news broke earlier today on the US PlayStation blog, complete with two gloriously cheesy trailers, one for Dancing in Moonlight and one for Dancing in Starlight, naturally, that tell you everything you need to know about the next wave of Persona rhythm games coming to Western shores.

I'd heartily recommend giving them a watch, even if you're not a particularly big Persona fan. After all: “life will change when Persona 3: Dancing in Moonlight and Persona 5: Dancing in Starlight launch early 2019!”. Best be prepared.