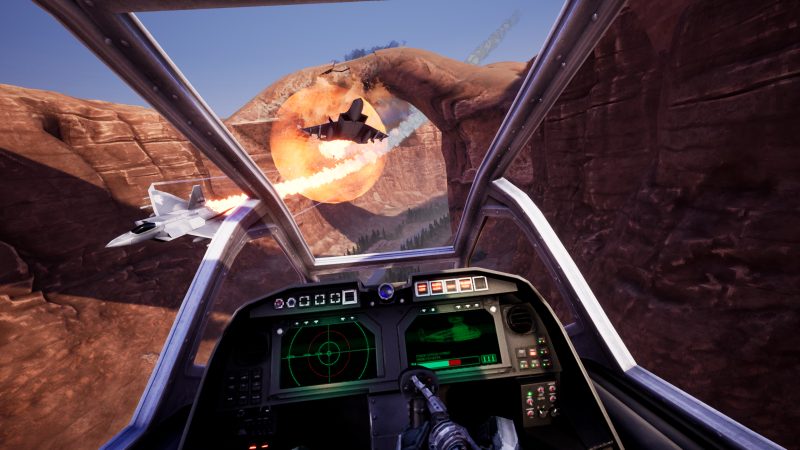 Phantom Fury Hands-Off Preview – For the kids out there who may not remember, Doom didn’t always use to look like the way it does now with 2016’s reboot and more recently Doom Eternal.

It used to look very different, as did all video games, back when it originally launched. Phantom Fury takes you back to that age where shooters were made of fewer and larger pixels, though that didn’t stop them from being fun as heck.

Recently, I was given the chance to see some gameplay from Phantom Fury, and hear from the developers themselves about the game.

Even though I didn’t get to play it, everything I saw points to the return of Shelly “Bombshell” Harrison in Phantom Fury being fun as heck.

It’s Not A Sequel 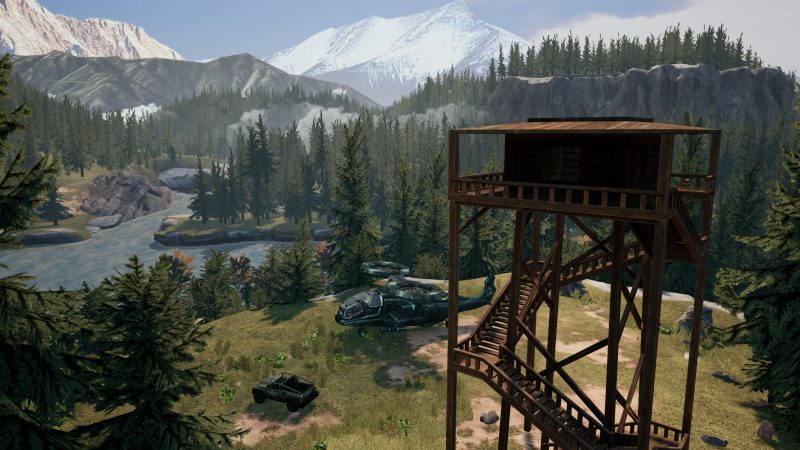 First things first, while this is the Shelly “Bombshell” Harrison players will recognize from 3D Realms and Voidpoint’s previous title Ion Fury, this is not a sequel. It’s set within the same world as Ion Fury, but it is not a sequel to Ion Fury.

Phantom Fury is a new, narrative-focused shooter that takes you across the United States over the course of the game, making it almost like a road trip movie.

Another way in which Phantom Fury is different than Ion Fury is the engine it’s built on, as it’s being developed on Unreal Engine 4 this time around.

It’s also not Voidpoint returning to work with 3D Realms for this new title, but Slipgate Ironworks.

This time around, Bombshell Harrison wakes up from a coma to find she has a bionic arm, and that it’s years into the future from her stand-off with Jadus Heskel. 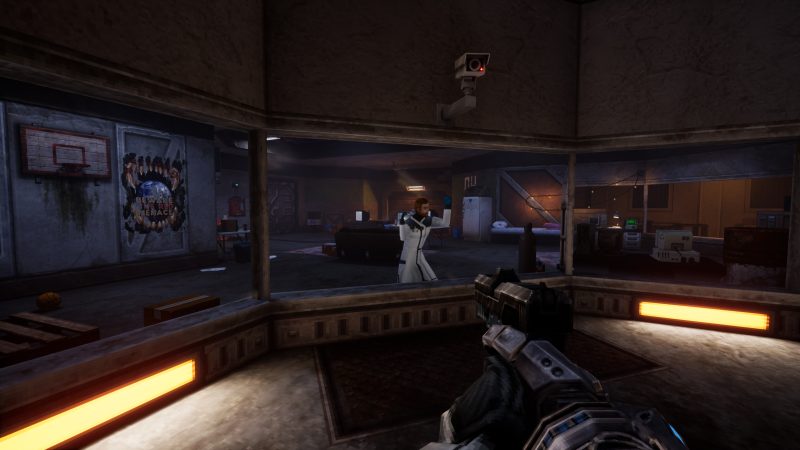 No sooner after she wakes up, Harrison is charged with saving not just the people in a city, but the future of the whole world by securing the Demon Core.

The premise itself isn’t anything revolutionary, but action-adventure games almost always deal with world-ending stakes.

It may be a narrative focused title, but for now much of how that’ll actually be executed remains a mystery.

After what I’ve seen I’ll be intrigued to see how deep the story goes as you progress through, or if it’s as much of a ‘narrative-focused’ title as something like Doom.

Plenty Of Weapons To Shoot, And Enemies To Shoot At 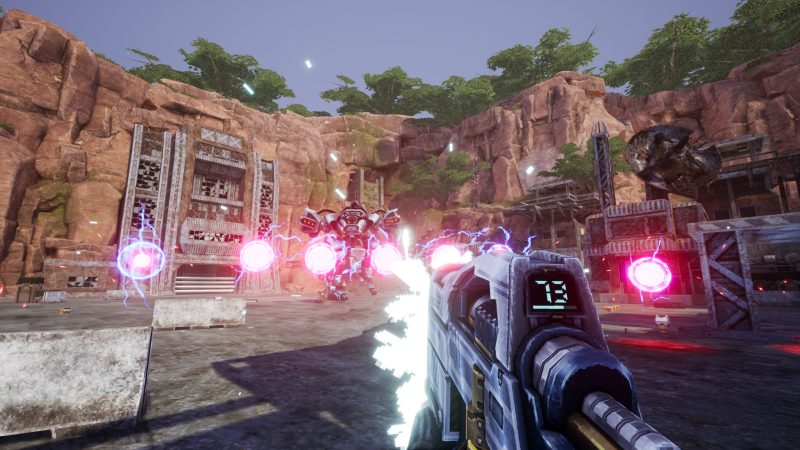 Bombshell Harrison will have different abilities and skills gained throughout the campaign, but I only got to look at a small portion of gameplay, so I didn’t get to see any of that.

What I did get to see where a few of the many weapons that’ll be available to you as you go across the U.S, and some of the different enemy types you’ll have to go through to do it.

According to Daniel Hedjazi, creative director for Phantom Fury, there are “around 20” weapons in the game, ranging from your trusty stun baton to pistols, SMGs, assault rifles, shotguns, and various mounted weapons that can also be carried around.

In short, you’ll have no shortage of ways to plow through the many goons who’ll foolishly try to stop you.

Again, this was a hands-off demo, so I can’t say this with any kind of certainty but at least from first glance, the weapon animations all look and sound great.

Even without playing myself, each weapon action looks like it carries the kind of weighted feeling needed from a shooter to help you feel the impact of what you just did.

That weighted feeling can be the difference between a shooter feeling just ‘okay’ and feeling immensely fun to play and jump back into. It’s the first thing I try to look for in a shooter, and Phantom Fury so far looks promising.

Try Not To Get Too Distracted 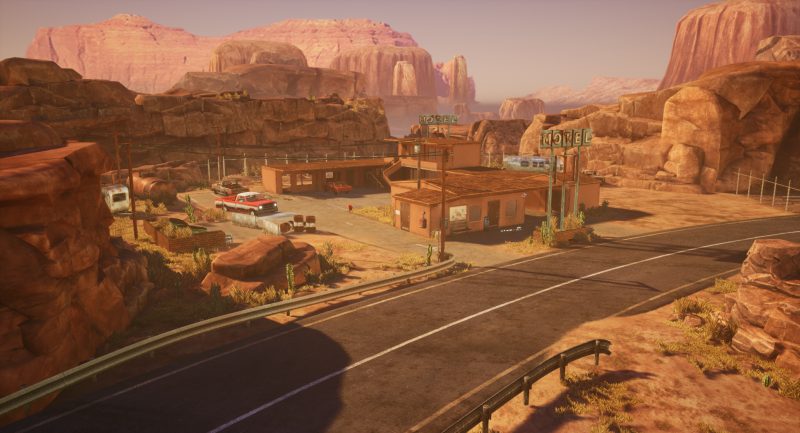 As much as saving the world is important, that doesn’t mean Shelly can’t take a few minutes to sit back, and relax before moving on to her next bloodbath.

Phantom Fury is seemingly loaded with mini-games along the way that all stem from one of the game’s core design pillars, which is to make as much of the world as possible interactive.

So if you think you can interact with something, you likely can, whether that being an random object in the world, or an arcade machine to try and get a high-score while also saving the world at the same time. Talk about multitasking.

Having an environment that your players can fully interact with is by no means new, but it made me even more excited for Phantom Fury when I heard that.

From what I can gather, Phantom Fury looks to be a very linear title, which can often mean little to no exploration is necessary on the part of the player. 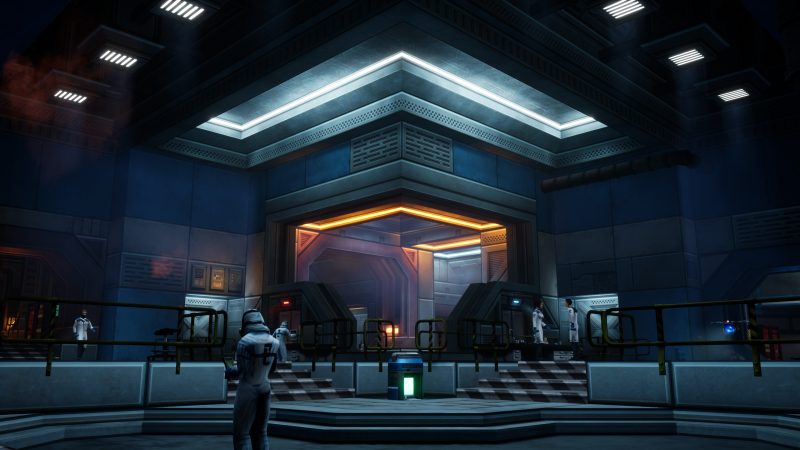 Knowing that every level I’ll be thrown into in Phantom Fury may not include wide-open fields, but will include a whole bunch of things to press, throw, pick up, and generally play around with in the world helps offset the large-scale exploration that just isn’t there with multiple ways for players to explore and still have a unique time. 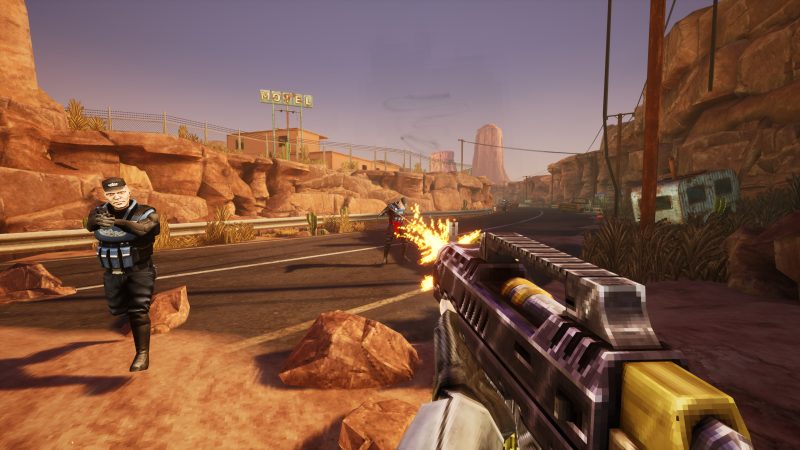 I always find hands-off previews tough to write, because game trailers and watching someone play a game never fully replace the feeling of actually playing something yourself.

But it’s made an easier process when at the very least, I can look at something and say “that looks fun as heck,” and watching Shelly unleashed a fury of lead into every different enemy she faced made me say that.

So if nothing else that’s at least promising. In the meantime, I’m curious to find out more about how the narrative will be executed, to see if it ends up taking a backseat to the gameplay or stays on the frontlines with it, and to really get a feel for the weapons themselves.

You can check out the reveal trailer for Phantom Fury for yourself, here.