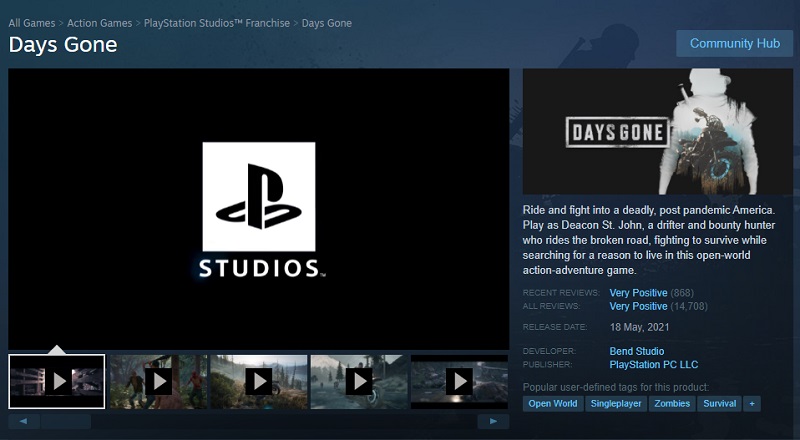 The change was spotted by user Bernd Lauert on NeoGAF, who spotted the difference on the store page for Days Gone on Steam. What’s also interesting to note is that this is actually a return to a previously used publishing title, as Steam has other games like Everybody’s Gone To Rapture listed under it as well.

The more PC plays a role in PlayStation’s plan for the future, the more important a small change may seem. Now that they’re going back to this title, this will likely be the banner under which we see future games coming to PC. The God Of War game page doesn’t seem to be changed, though that should likely come soon.

More changes like this should also signal to players who for whatever reason believe that it’s an issue PlayStation games are going to come to PC, that games will continue to come, and Sony is serious about building a PC community.