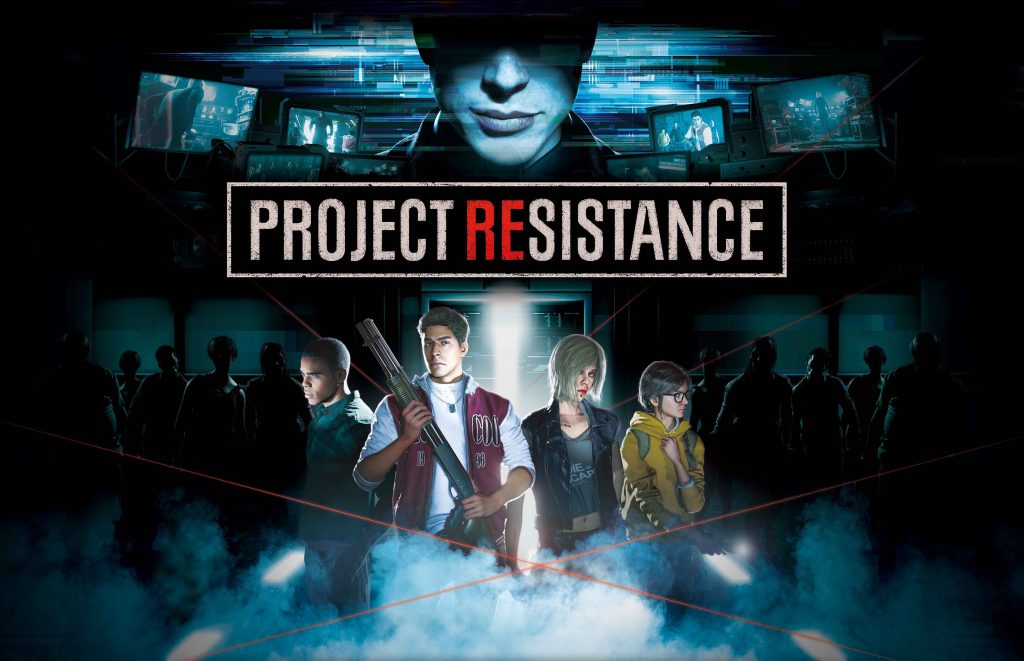 Competitive multiplayer in the Resident Evil universe has never really lived up to the potential of the series’ rich narrative and world. In fact, some would say the results have been as horrifying as the Nemesis himself. Offenders include Resident Evil 5’s Versus DLC and the notoriously rubbish Resident Evil: Operation Raccoon City.

Back in 2016, the RE-based multiplayer shooter Umbrella Corps landed to significant critical mauling (read our review on that here). With Project Resistance, maybe the third time will be the charm for Capcom?

Project Resistance is an asymmetrical multiplayer game pitting four survivor players against one player in the role of the Mastermind. Survivors start trapped in an environment with three areas. Each of these sections has an objective for the survivors to accomplish in order to move on – whether that be destroying certain objects, finding a key, and/or simply staying alive. There are weapons, various healing herbs, and other items to assist in the struggle. Throughout the stage, survivors can earn and find “Umbrella Credits” currency to spend on such weapons and items.

The Mastermind observes them through CCTV security cameras and is tasked with impending their progress. He can do this by messing with the environment or technology, such as turning off lights, locking doors, or firing security gun turrets. Yet the most powerful of the Mastermind’s skills is the ability to summon zombies and the Tyrant and even directly control any of them. Currently there are only four survivor characters to choose from, each with his or her own unique skill sets and abilities. Obviously, the survivors are designed in this way so players really do have the best chance of survival together. The athletic boxer Jordan is the best at dealing physical damage, while former-firefighter Tyrone can take on damage as the party’s tank. Meanwhile, the chemist Valerie serves as the team’s medic and expert hacker January is able to impair the cameras and technologies at the Mastermind’s disposal. Speaking of the Mastermind, we only have one character and a name for this mysterious entity – Daniel Fabron.

For my hands-on demo, I first played as a survivor and chose the offensive attacker Jordan. The controls here are nothing new for Resident Evil veterans, with it playing a lot like RE2, for better or for worse. The clunky feeling that could be seen as adding to the tension of a single-player campaign, but for multiplayer, it may come across as more frustrating.

Similarly, the camera is far from great and I often found myself having to move it around so I could break it free of showing a close up of my survivor’s torso. Some of the attack or ability animations can make fighting for survival feel unresponsive or sluggish. I am not opposed to slower-paced multiplayer experiences, but having controlling a character be an obstacle makes for far fewer satisfying gameplay loops. Playing as the Mastermind, on the other hand, is devilishly good time. The capabilities at his disposal and practically omniscient view of everything lends the player a feeling of godly power. The main screen for the Mastermind displays a map of the current area the survivors are trapped in with locations of everything such as the survivors, any of their objectives, your zombies, cameras, and more. To get a more intimate, voyeuristic view, the Mastermind can tap into the video feed of any of the cameras.

As the Mastermind, I let my mischief run wild as I bullied the survivors with the tools at my disposal. Throw a turret up here and fire away; spawn several zombies to corner half of the survivors there; summon a Tyrant and take direct control to lumber towards a survivor and crush his or her head. I was like a kid orchestrating chaos with an entire toy box of toys. The concern of this is the need for balance between the Mastermind and the Survivors. As of now, I would say the Mastermind is overpowered at the moment. Finding a good balance is the biggest challenge for the gameplay designers at this point. It makes perfect sense then that Project Resistance is hosting a Closed Beta test in early October (details on how to get in here).

Project Resistance shows glimpses of promise, though there are still plenty of wrinkles to iron out. I was told the game is still very early in development so there is time for the team to refine and polish it into something R.E.markable.