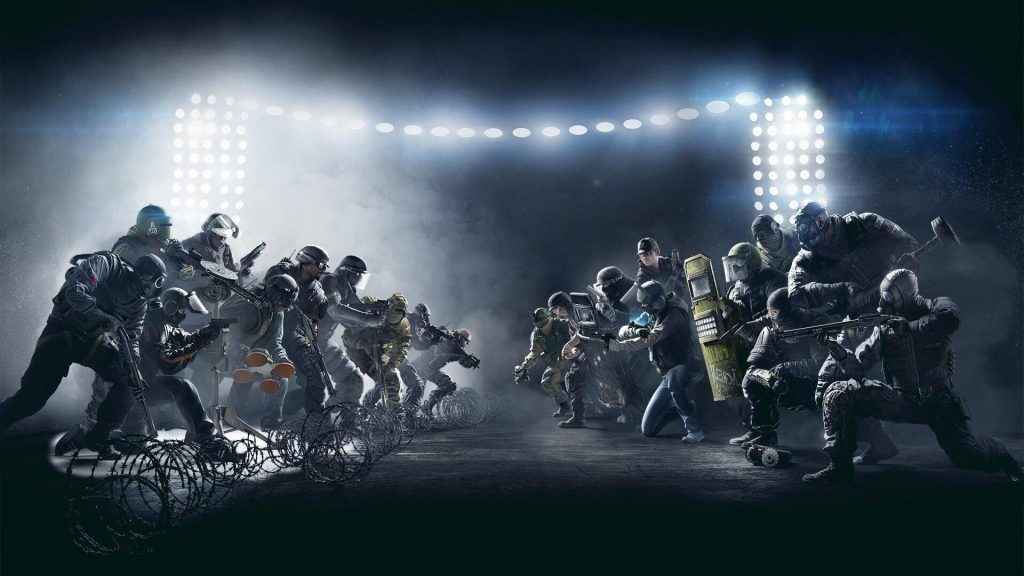 Check out the latest Rainbow Six Siege patch notes as players get ready for the release of Year 3 Season 2. On the Ubisoft blog, we see a list of all the balancing changes to the shooter.

Rainbow Six Siege players are also being encouraged to join the development team in a Reddit AMA at 2pm EDT on July 18. During this session, they will be discussing the upcoming changes.

We are trying to achieve two things. We want her to be more popular, but also make her weaker. This is somewhat counter intuitive, and thus presents us with a unique opportunity to make some tweaks and adjustments.

We suspect that a big part of her power comes from the HP boost, which may have a silent impact (silent in terms of player perspective). With the HP boost lasting for 20 seconds it was very efficient. By reducing the timer, we are trying to increase the timing challenge for players by reducing the duration of the ability’s effects.

We are giving her Frag grenades to make her a bit more appealing of a choice in terms of her utility, while not making her significantly stronger.

Finka is not currently used very often in Pro League, and one of the main reasons is that Smoke’s Gas Canisters do twice as much damage when you are under the effects of Adrenaline Boost. We are reducing the damage modifier so that the counter will still work, but is less efficient.

IQ is currently too good in terms of her fragging power + utility. As a 3 Speed Operator with a very strong rifle, she is very effective when it comes to killing enemies. For example, we have observed that she is sometimes in Pro League even when Valkyrie and Echo are banned, which leads us to believe that she is too good of a choice in too many situations.

In the past, we gave her a Frag Grenade in a time when her gadget was less useful. The increase in detectable gadgets has buffed IQ each time, so we need to balance her a bit.

We will have more drastic changes for IQ in the distant future, but wanted to make these changes in the short term to make room for other Operator choices, and increased variety, in Pro League.

Glaz is strong in every situation, and is too strong in Pro League (indicated by contest rate (contest = Picks + Ban)). We wanted to reduce his damage a bit to make him more situational.

Twitch currently has a ~60% pick rate in Ranked. Similar to Ash, it is higher than what we would like to see. We want to reduce how regularly she is picked to make room for other Operators, but we do not want to make her less powerful or fun to play. As such, we would rather do very minor changes to encourage players to try other Operators, and to work towards making other Operators as fun to play as Twitch and Ash.

He currently has a fairly low pick rate, and is a little weak. We want to improve player comfort while playing Jackal, and reduce a bit of the risk involved with scanning enemy footsteps.

Frost is currently extremely weak. We need to increase he power, as well as “fun”. Her SMG is currently a bit too difficult to play with, so we want to reward those who have mastered it. We are also increasing her shotgun’s power a bit, but don’t worry, it won’t be the same as it was during Operation Black Ice.

She will probably need more extensive work done to make her as viable as some other Operators, but that is something that we will have to look at doing in the distant future.

Claymore will be replaced with Stun Grenades

She will keep her Smoke Grenades, but having both Smoke Grenades and Claymores led to her having a bit too much utility, and she was able to adapt to different situations too easily. She has become extremely strong in Para Bellum as a result of Maestro, and the additional cameras that Defenders have access to.

Slowing effect increased from 45% to 50%

We want to make Barbed Wire more viable in all aspects. Our objective is to give a bit more breathing room for site defense, and make Barbed Wire slightly more reliable. It will still require two hits to destroy them.

Alibi seems to a bit strong in Ranked play, but the first few weeks of Pro League have shown us that Alibi is underused. We will need more time and data to determine why and how we can go about making adjustments to compensate.

We are really happy with how Maestro is performing in both Ranked and Professional play. He might even be a bit too strong in Pro League, but it is too early to say for sure. We will need more time and more data.

All four Operators have very high pick rates, but are not broken in terms of power. Ash might be a bit too strong, but it isn’t anything too crazy.

Based on the learning from the past few months, we will take our time before making any drastic changes. We don’t want for variety to take priority over fun, so we need to focus on making other Operators as comfortable and fun to play as these four.

We have observed in the past few updates that Kapkan and Frost tend to move up and down on the Win Delta axis in tandem. This is understandable, as they are both trappers, but we are not sure what has caused such a drastic drop in their Win Delta. We are going to investigate further to try to figure it out.

We are looking to make more drastic changes to Castle, but do not have an ETA. We have an idea for what we would like to do, but it is currently in the back log, with no time frame for when work on it will begin.