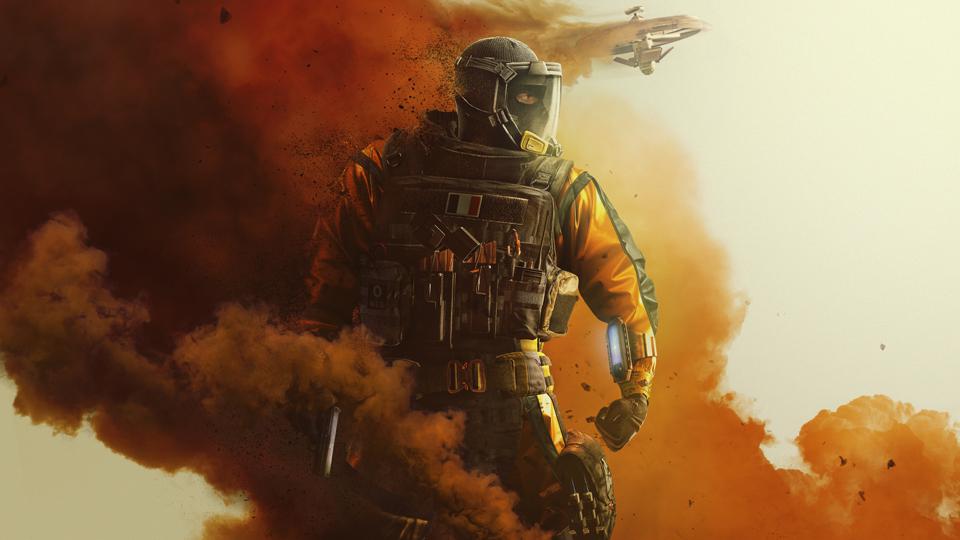 FIXED – Total ammo count is incorrect on some weapons.

FIXED – Movement speed while using ADS upside down is faster than right side up during Rappel.

FIXED – Changing sensitivity mid-game removes the ability to look in any direction while in ADS.

FIXED – Assist is not counted for the player that injures an opponent if a teammate puts the opponent in DBNO and then eliminates them.

FIXED – Barbed wire can be destroyed by allies when friendly fire is off.

FIXED – Muffled sound on some weapons.

FIXED – Some device recharging cooldowns don’t get paused while in DSEG.

FIXED – Reinforcement hinges are invisible from one side and block bullets.

FIXED – Some gadgets don’t break the glass window when deployed on a barricade.

FIXED – Threat indicator doesn’t appear for a grenade dropped by an eliminated Operator.

FIXED – Servers prioritize putting players with a fast connection on the Attacker side during lobby creation. Attacker and Defender sides will now be chosen at random.

FIXED – In the Planning Phase, selecting Confirm Loadout with a controller also picks up the defuser or drops it.

FIXED – Grenade indicator color can be inconsistent with the level of threat.

FIXED – Crosshairs of the Bulletproof Camera are not visible for teammates and spectators.

FIXED – Electric damage won’t reactivate for a device disabled by an EMP if another electric device is deployed and picked up during the EMP duration.

FIXED – Player’s camera goes out-of-world after being eliminated when no drone is available.

FIXED – The same controller input is used for dropping the defuser and switching ability mode.

FIXED – Attacker can instantly teleport down from the roof by dropping to the lower ledge and entering Rappel.

FIXED – Hatch gets destroyed when certain gadgets are deployed on top of it in 1F Dining Room.

FIXED – Incorrect Bombsite shown when a defuser is planted in 3F Bar and 3F Cocktail.

FIXED – Bulletproof Camera can be deployed inside of an indestructible wall at EXT Terrace Balcony.

FIXED – AI will remain stuck after spawning under the BBQ at 2F Covered Terrace in Training Grounds.

FIXED – Stairs sign is still present in 1F Reptile Hallway even though the stairs were removed.

FIXED – Player is unable to place deployable devices on the south wall of 1F Bike Repair.

FIXED – An Attacker can pass through the red banner when they rappel from EXT Shrine Balcony while carrying the hostage.

FIXED – Players can throw devices through the gap between a Surya Gate and the ceiling.

FIXED – Ela’s deployed Grzmot Mines appear in their undeployed state for a player that joins a match in progress.

FIXED – The Cluster Charge needs a larger space to deploy than intended. The reinforcement spikes and hole edges block its deployment.

FIXED – Goyo’s Volcán Shield canister shells remain present after being destroyed for a player that joins a match in progress.

FIXED – Ping marker doesn’t appear when IQ aims at the edge of asset if it’s behind an obstacle.

FIXED – Some inputs are no longer registered when Jackal activates Eyenox at the edge of Mute’s Signal Disruptor.

FIXED – Lesion’s Gu mine maximum limit is displayed as 99.

FIXED – The Action Reminder of Maestro’s Evil Eye appears and flickers when the camera loses signal while overheating.

FIXED – The window of Maestro’s Evil Eye doesn’t close automatically after losing signal while outside the building.

FIXED – Mozzie is disabled due to crashes that occur when he eliminates a player or himself.

FIXED – Mute’s Signal Disruptor area of effect is visible in Support Mode for Attackers and Defenders.

FIXED – Players are affected by Melusi’s Banshee while hiding behind the Talon-8 Shield.

FIXED – Pulse’s Cardiac Sensor does not appear on screen after a player joins a match in progress.

FIXED – Blades discharged from Thorn’s Razorbloom Shell stick to the lens of a Bulletproof Camera.

FIXED – Thorn’s Razorbloom Shells clip through one another when deployed too close together.

FIXED – Thunderbird can peek behind cover without opponents seeing her when she deploys a Kona Station.

FIXED – The gyroscope of Valkyrie’s Black Eye moves while the camera is in the process of connecting.

FIXED – Valkyrie’s Black Eye camera appears as disabled when a player joins a match in progress.

FIXED – Ying can deploy Candelas into a surface while in prone stance.

FIXED – Zero’s smart ping is misplaced and offset when an Argus camera is placed on the ceiling.

FIXED – Laser dots appear over the sight when aiming at the sky with Zero’s Argus Launcher.

FIXED – Zero’s Argus camera appears as disabled when a player joins a match in progress.

FIXED – Compass options in the HUD section can be changed when the compass is turned off.

FIXED – Custom Playlists present some inconsistencies between cross-platform for PC and Stadia.

FIXED – Saved Customization can be reset after a patch.

FIXED – Players may encounter a crash when exiting the Loadout section of an Operator’s menu.

FIXED – Backing out of the Pack Manager without opening a pack and then creating a Custom match will cause an infinite, blue loading screen after the Pick Phase.

FIXED – The game crashes after filling a text chat box with specific characters and sending the message.

FIXED – Occasionally a squad member will not be able to hear anyone in a session on Stadia.

FIXED – Xbox players can lose all in-game audio and then crash.