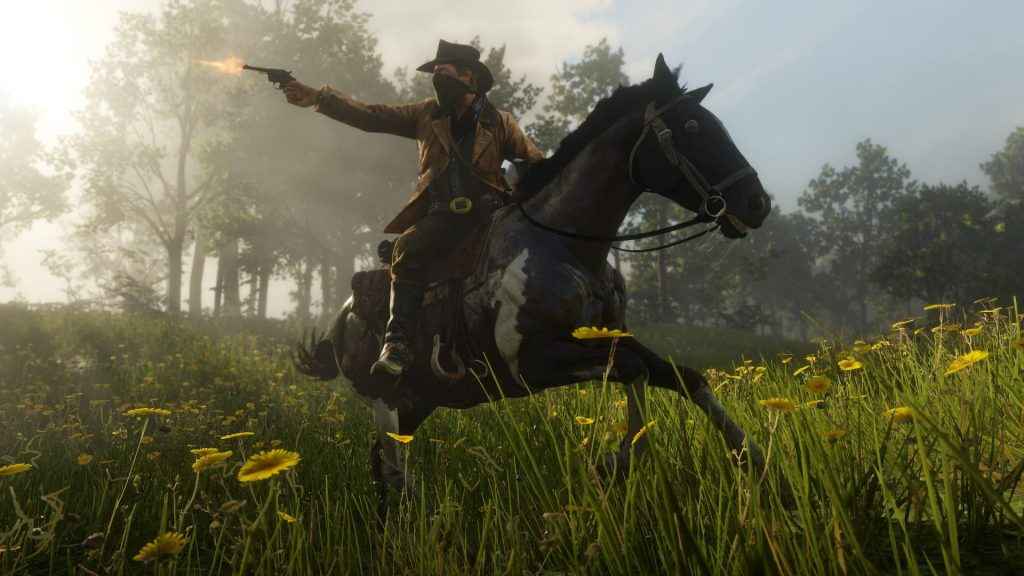 Everyone who pre-orders a copy of the game on PS4 will receive the War Horse. This mighty steed has more stamina and courage than average horses in the game.

Additionally, an Outlaw Survival Kit containing in-game items that boost up health and Dead Eye will also be included.

Grab the game from the PlayStation Store, and not only do you get those two items above, but also a couple of other goodies. First up, you’ll get some a cool 500k in GTA cash in your pocket for GTA Online and some in-game cash for RDR2.

As well as the incentives detailed in the physical standard edition, there’s a ton of extra content with the special edition. Let’s lay them out for you:

There also a treasure map if you pre-order the physical edition.

As well as getting everything mentioned in the Special Edition, you’ll also receive:

Visit the PlayStation Store to secure your pre-order ahead of the October 26 release date.