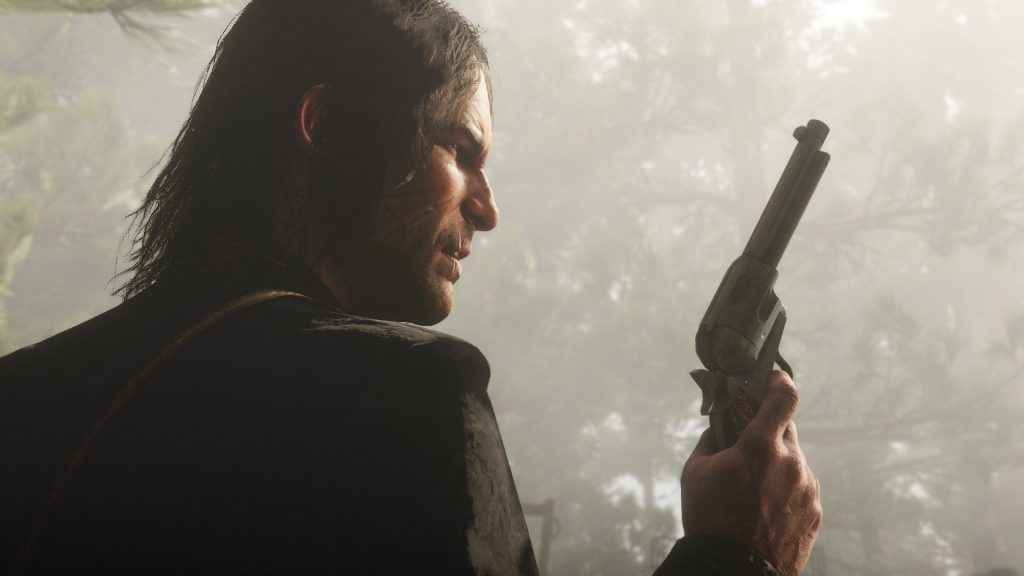 Now the glitch in question, which was recorded and uploaded to YouTube by more than one player, contains major spoilers for RDR2. We can’t stress that enough.

For that reason, anyone who has yet to finish the main story should read no further.

As you can see (or rather hear) in the videos embedded below, the glitch is rather innocuous. When interacting with some of the game’s numerous NPCs, everyone’s favourite outlaw John Marston suddenly adopts the voice of what sounds like his adult son, Jack.

While as YouTuber Reel points out in a separate video (originally uploaded by reddit user Belgian Sheep Dog), some of this dialogue is brand-new.

This has led some players, including Reel, to speculate that a full Red Dead Redemption Remaster is on its way. Otherwise, why would Rockstar include completely new adult Jack audio files in the game?

Other evidence, meanwhile, such as the fact that large tracts of the original game’s map appears in Red Dead Redemption 2 (along with an admittedly barren version of Mexico, accessible via a relatively simple exploit) has also been cited to support this hypothesis.

Plausible as this is – it certainly wouldn’t come as a major surprise to see Rockstar release some form of Red Dead Redemption DLC in the not too distant future – we’re not getting our hopes up just yet.

We’ve already been burned once; remember the GTA V single-player DLC we were supposed to be getting?

For what it’s worth, I think it’s more likely we’ll be receiving something entirely new; something set after the events of the first game with Jack as the protagonist.

Regardless, be sure to share your views on these rumours down in the comments section.