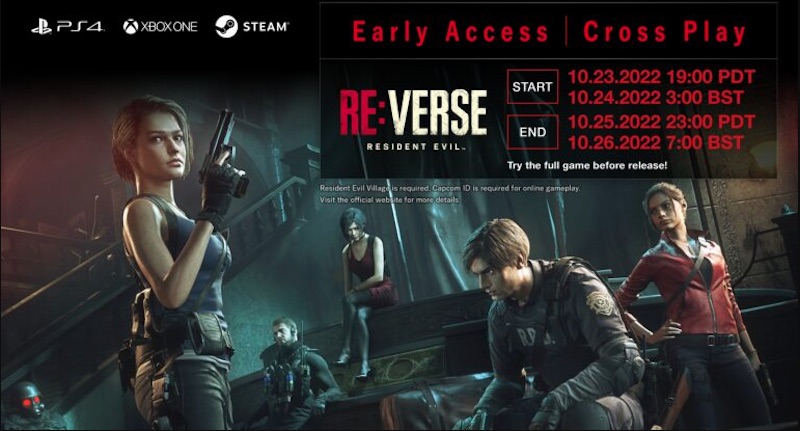 Resident Evil Re:Verse will receive a Cross-Play Early Access period from October 23 — 25, 2022 across PS4, PC and Xbox One, Capcom has announced.

If you want to participate then you must own a copy of Resident Evil Village, as if you recall Re:Verse was originally due to launch alongside that game back in May 2021.

In addition to confirming the Cross-Play Early Access event, Capcom also provided details on the game’s roadmap, including content available at launch and what’s coming in subsequent updates.

Resident Evil Re:Verse is scheduled to launch on October 28 for PS4, PC and Xbox One.