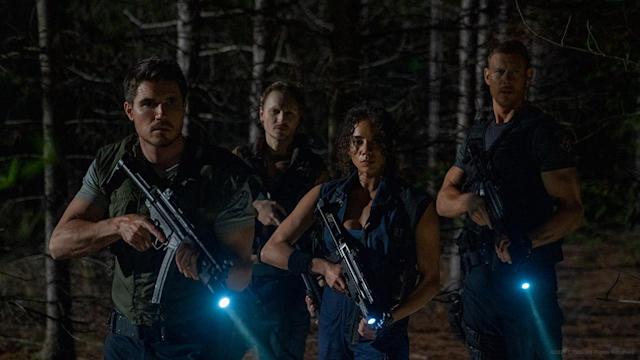 Johannes Roberts, the director behind the upcoming horror movie Resident Evil: Welcome to Raccoon City, has said he’s keen to adapt Resident Evil 4 for a future film, or at least include elements of it.

Speaking with SFX, Roberts, who will be helming the Resident Evil movie reboot following the conclusion of Paul W.S. Anderson’s efforts in 2017’s Resident Evil: The Final Chapter, made it clear he’s a big fan of Resident Evil 4, which focuses on Leon S. Kennedy.

I am obsessed with the fourth game. I could very much see that becoming part of the next installment. There’s a lot of interesting lore and tiny details that we have brought into this movie, but would be amazing to expand on.

There are characters that we didn’t use in this game that we would love to expand upon in the next movie. There’s also a different side of Resident Evil with Village and Resident Evil 7, where it’s a much darker, more horrific world.

It would be great to look into that side of things as well. There’s definitely been conversations. We’ve really created some iconic characters with Chris, Claire, Wesker, and Leon. Hopefully it’s the beginning of a whole new chapter.

Resident Evil: Welcome to Raccoon City is released theatrically in the US on November 24 and in the UK on December 3. The film combines the stories of Resident Evil and Resident Evil 2, placing the action on the same night in September 1998.

As such, the S.T.A.R.S. will be investigating the Spencer Mansion concurrently with the T-Virus outbreak in Raccoon City.