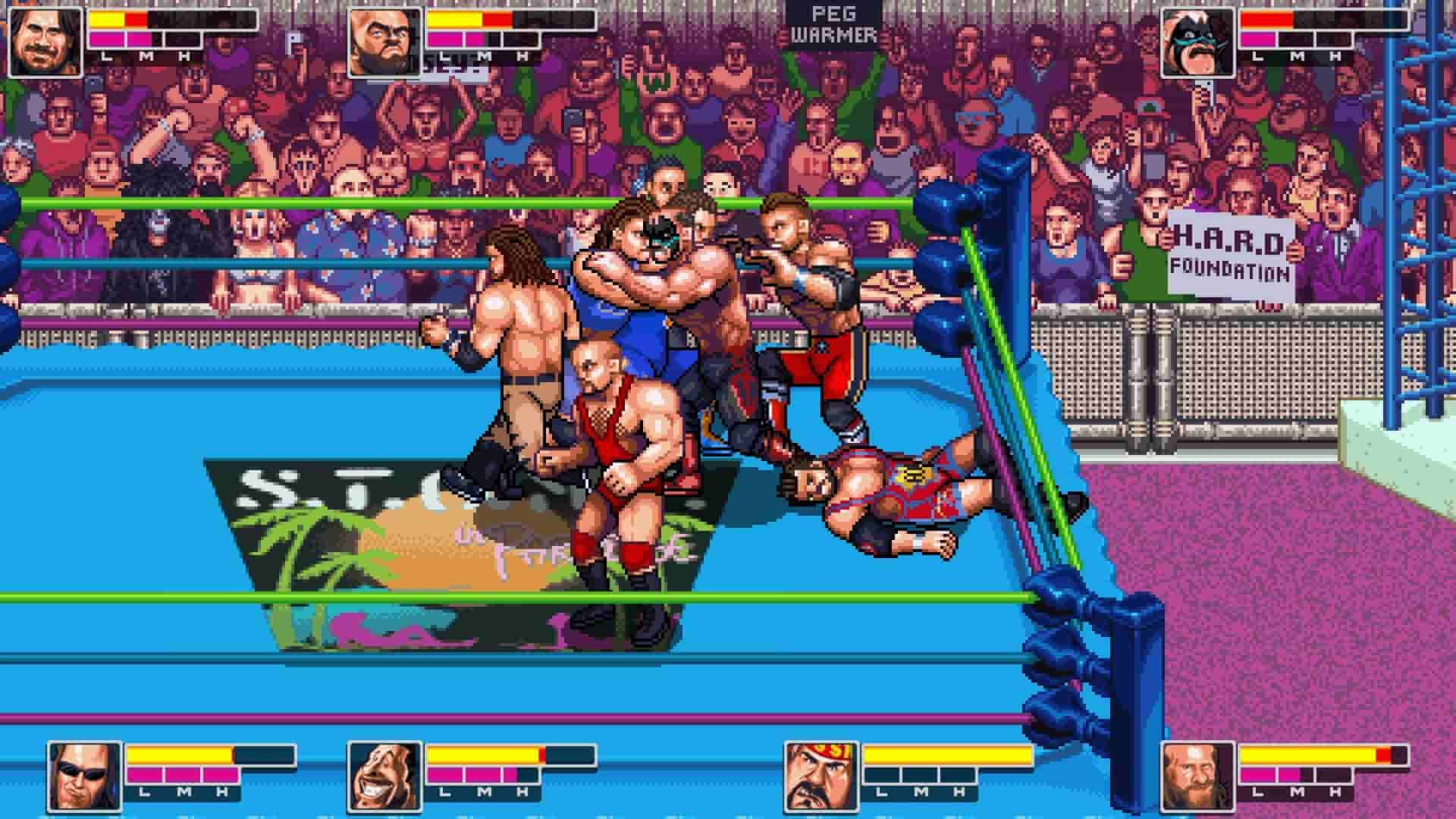 RetroSoft Studios has announced that RetroMania Wrestling is now available to download for the PS4 via the North and South American PlayStation Stores. Nothing like a shadow drop on a Friday afternoon, eh?

In case you haven’t been keeping up with the game, RetroMania Wrestling is the full sequel to the classic 1991 title WrestleFest. The game was originally scheduled for release in February 2021 before being delayed.

Do you have what it takes to capture the Ten Pounds of Gold? RetroMania Wrestling is AVAILABLE NOW* on #PS4! ➡️ https://t.co/t7xqQKzuav pic.twitter.com/uX79l6RQjB

Meanwhile, players can engage in two-eight player multiplayer battles, with game modes including One-on-One, Tag Team, Steel Cage, and Battle Royals, plus a story campaign to plough through. If that wasn’t enough, the package is rounded off with multiple outfits, crowd chants, and 700 frames of animation and animated backgrounds.

RetroMania Wrestling is available for PS4, PC, Nintendo Switch and Xbox One.