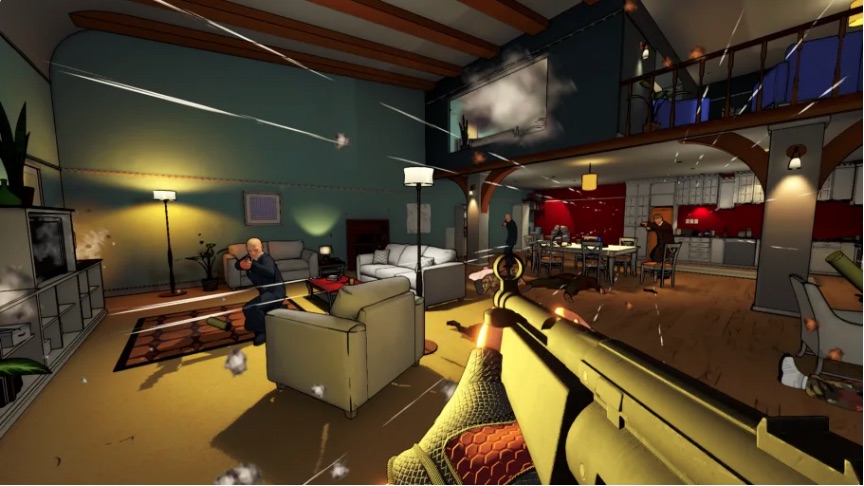 Ground Shatter and Numskull Games have announced that fast-paced shooter RICO London will be unleashed for PS4, Nintendo Switch, PC, and Xbox one on September 2.

Featuring cel-shaded visuals and giving off a classic buddy cop vibe, RICO London sees players following Detective Inspector Redfern and partner Ahmad Khan, as the duo take on the city’s most notorious gangsters. Set at the turn of the millennium, you’ll blast you way through a high-rise building in an effort to wipe out the impending criminal threat that faces the capital.

RICO London accommodates both single and co-op play, with players able to breach and clear rooms together and utilise stylish slow-mo to give them the edge in firefights. The game also employs procedurally generated stages, so that no two playthroughs are identical, offering plenty of replay value.

Have a gander at the RICO London gameplay trailer below.