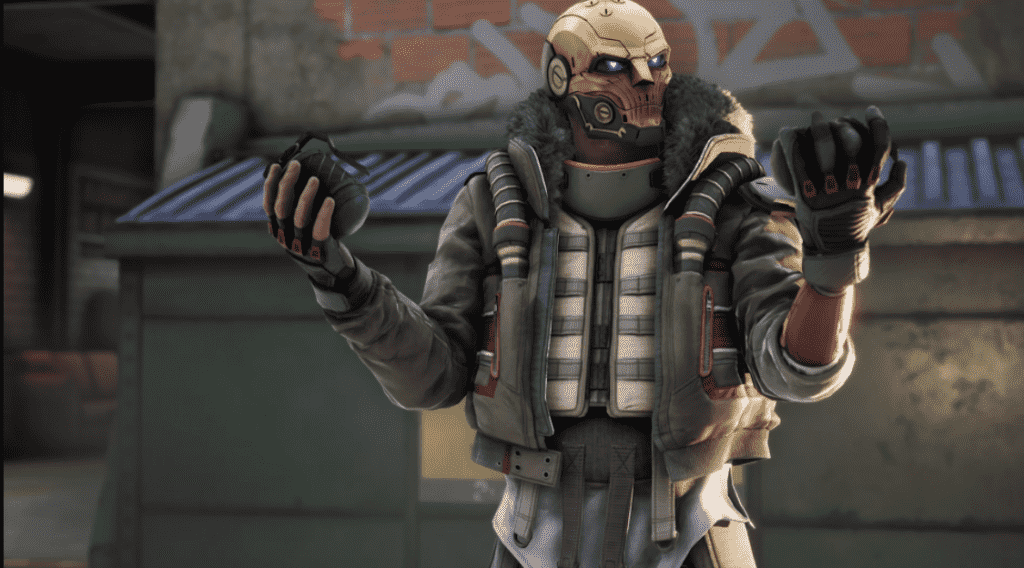 First Watch Games has announced the Rogue Company update 1.38 patch notes for you to gawk at, which you can now download for PS4. The latest Rogue Company patch notes can be found below and adds ‘All the Fixins’ content.

When the World’s Elite have problems they are desperate to solve, and no one else can help, the Fixer soon approaches with a solution and a deal. He is a peerless marksman, and should one choose to accept his terms, it comes at a steep price. He deals in favors, and you never know when he’ll come to collect.

The Tyr is a bolt action .50 Caliber sniper rifle.

A low profile and lightweight semi-automatic firearm with a fast rate of fire.

Shrapnel Rounds: Damaging an enemy with a firearm will slow them for a duration.

Ranked Beta is a competitive game mode meant to test the skills of every Rogue and provide more intense matches than ordinarily found in casual queues. It is currently in a Beta form which will see more features and seasons/rewards in the near future.

Players must be Level 30 to participate in this mode.

Players can earn up to Ranked Level 30 through experience

Experience is gained from winning matches in Ranked mode however you will lose experience for losses.

There are rewards for playing 30 Ranked matches and reaching Ranked Level 30 during the Beta.

Ranked Beta will be played in the Demolition game mode.

Ranked Beta will not use the current skill-based matchmaking and will prioritize matches where players have comparable skill ratings.

Players will be able to queue in this mode in any sized party.

NOTE: Ranked Beta Queues will not be available until a few hours after the maintenance is complete

Adjusted the area near the tower bridge on High Castle by rearranging cover and adding a ‘backboard’ to allow for grenade bounces.

Simplified furniture and railing in a few spots on the map.

Fixed an issue that would prevent Anvil from deploying his Barricade.

Ronin’s Ballistic Knife should no longer be used up if a player reclaims and equips it.

Fixed an issue where a green tint could be observed from her activated ability.

Flashbang fuse time has been reduced from 2 to 1.75 seconds.

Fixed an issue where players would sometimes see a hitmarker on enemies outside of the Flashbang radius.

Increased radius from 6 to 8 meters.

Radius reduced from 10 to 8 meters.

Duration reduced from 8 to 7 seconds.

When the player’s armor has taken damage and they are standing still, they gain an interact prompt to repair their armor.

Similar to reviving, players will temporarily crouch and the repair will end if the player moves.

There will be an audio notification for the duration of the repair.

When the player finishes or interrupts repairing their armor, they must retrieve their weapon.

They may not interact with any other object during this repair.

Let us know what you think!

Body damage was increased from 16 to 17.

Fixed an issue where the Level 1 and 2 Upgrades had the wrong recoil.

Range was increased from 27 to 29 meters.

Fixed an issue where players would still show up on the mini-map when shooting after purchasing the Level 3 Upgrade.

Fixed an issue where this weapon had smaller reticle bloom than intended.

Range increased from 8 to 9 meters.

Added a Telemetry setting that allows players to see their FPS information.

3D audio which works with stereo headphones can now be toggled on and off in the settings.

Made improvements to lighting during the Rogue selection.

Skins, wraps, and emotes are now sorted by rarity on the Customization screen.

Removed the surrender wait time in Custom matches. Now it can be called at any time.

Reduced the time needed to trigger a surrender after a player leaves from 3 minutes to 2.

Reduced the default surrender time (can be called when the team is full) to 4 minutes.

PlayStation 4 will now save the last mode played instead of defaulting to Demolition.

Fixed an exploit with Aim Assist via Deadzone settings.

Fixed an issue where the “money” effects from Heist Dima could persist when favoriting a new Rogue in the main menu.

Fixed an issue that caused players that have completed the tutorial to get the login pop-up again.

Fixed an issue that caused the News panel to appear every time the user logs in.

Fixed an issue where killing your Rogue with C4 in the Shooting Range caused a crash.

Fixed an issue where the bomb could be planted on top of an APS.

Corrected a UI issue that would sometimes block the purchase screen after a purchase and not allow the user to return to the main menu.

Addressed an issue where players could not shoot through barbwire

Fixed an issue which would prompt players to replay the Tutorial