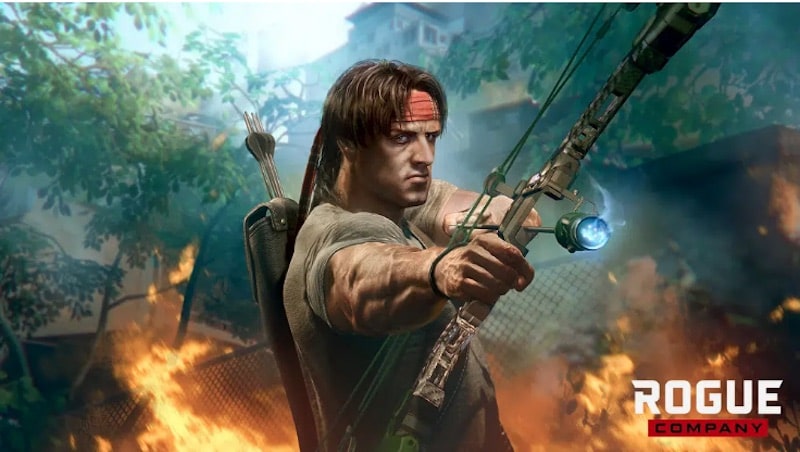 First Watch Games has lifted the wraps off the Rogue Company update 1.93 patch notes for your to gawk at, which is a major addition bringing the likes of Rambo and King Cobra to the game. You can read up on the full Rogue Company patch notes below.

That’s right! In our 2.3 update we go to war with the help of none other than one of the most prolific action heroes to date: John Rambo!

In this update, play as seeker to give the other rogues a war they won’t believe with all new John Rambo cosmetic content and Rambo themed contracts.

This feature is design to allow players to join matches that are in progress, allowing players to Save The Day whenever matches have players who leave midway through a match. Players who join such matches will be reward the maximum amount of reputation and experience that could be achieved in the full match, ensuring that your time is rewarded. With this feature, we hope to address uneven matches that tend to happen for our players.

That being said, this feature is experimental. We’ve worked diligently to build up this feature and, to ensure quality, we are wanting to put it out into the wild under observation and in a controlled environment outside of our internal testing. What that will mean is that at the start of this update, Human Backfill will only be active for our casual Demolition queue in the first hour or so. Over that first day, we will slowly enable it for other game modes and see how it ramps up. As you potentially encounter this feature in the wild, we hope to hear more feedback in how it improves the health of matches in your day-to-day sessions.

We have added Meltdown, Palace and Skyfell to our core TDM game mode. This will bring the TDM map pool up to 13. However, we are aware that this leaves out The Arena and Glacier from the rotation. At this time those maps do not satisfy the level of enjoyment we set for 6v6 TDM but we hope to potentially find solutions to that problem in the future. Your patience is appreciated and your feedback is always valuable.

In this update, we are adding a much-requested feature: you may now queue with up to 6 friends for our 6v6 game modes. This will be available on all platforms except the Nintendo Switch due to game mode size restrictions.

SAFE IN THE SKY

In many of our game modes, our players are jumping head/feet first into a hot zone. We found that those players who linger in the drop-ships a bit too long run the risk of getting downed will still deciding what perk to buy. We introduced a change that protects our players while they are inside of the Chimera or the Manticore. That being said, we are also making sure that you do not linger for too long. You’ll need to jump into the fight sooner rather than later!

As with any game, we are sure that our players have encountered unsavory, toxic and/or just outright unfair players. While we have long had a Report feature, our players would often ask us if reporting a player was meaningful. In this update, we will notify you when action has been taken against reported players. Keep up the good fight in making our community the best it can be!

Level 2 upgrade now provides more swing speed
That’s not a knife, THIS is a knife!

King of the Hil