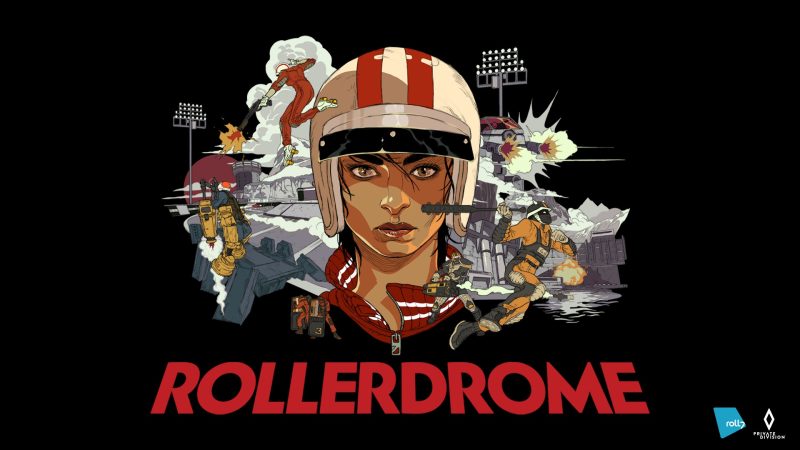 Rollerdrome Hands-On Preview (PS5) – The big blockbuster games crafted by hundreds of developers spanning hundreds of possible hours of playtime with rich, deeply engaging stories will always be impressive, and in some cases genre defining.

But time and time again games have shown that you don’t need to be these huge experiences to have a lasting impact. A short, compact and focused experience can have just as much, if not more of an impact.

That looks to be the case with Roll7’s latest title, Rollerdrome, an arcade third-person shooter that has you taking on waves of enemies for sport, all while on roller skates.

Coming off the studio’s incredible reboot OlliOlli World, the time I’ve been able to spend with the first six levels of the game have proven to me that whether it’s on four wheels or eight, one thing Roll7 knows how to do – roll really well. 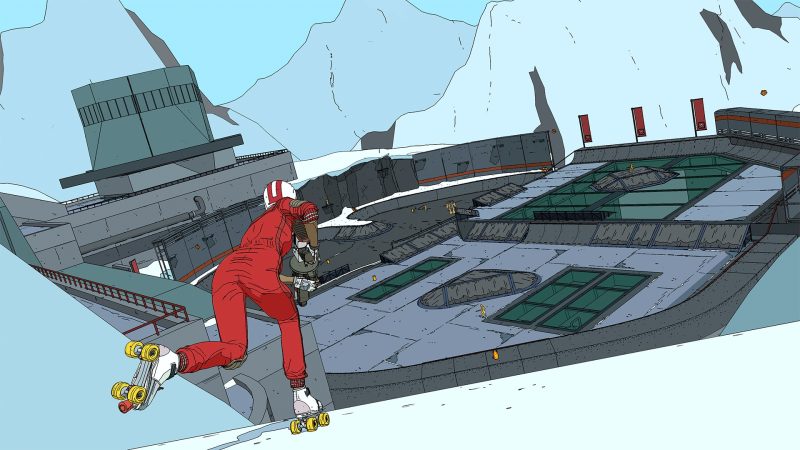 It might not sound like that much of a stretch, but the studio that recently launched one of the best skateboarding games we’ve seen in the last decade knows how to create fluid motion in games.

Which is ideal, because it is clear that Rollerdrome likes to pump up the chaos when it can, and it’s a lot easier to handle when you don’t have to think about how you’re moving.

For now, I’ve only been granted access to the first six levels, four of which are in the first stage. So I do have an idea of how the game ramps up difficulty, though I’ll have a better one once its time for a review later in August.

Rollerdrome is set in a not too-distant future where a blood-sport of the same name is watched by millions, and you take on the role of Kara Hassan, a rookie competitor in the league.

The enemies you’ll be blasting away are the House Players, who will have it out for you every time you step into a new arena. The levels each have 10 challenges for you to complete, and you have to complete a certain number of challenges across the levels to advance to the next stage. 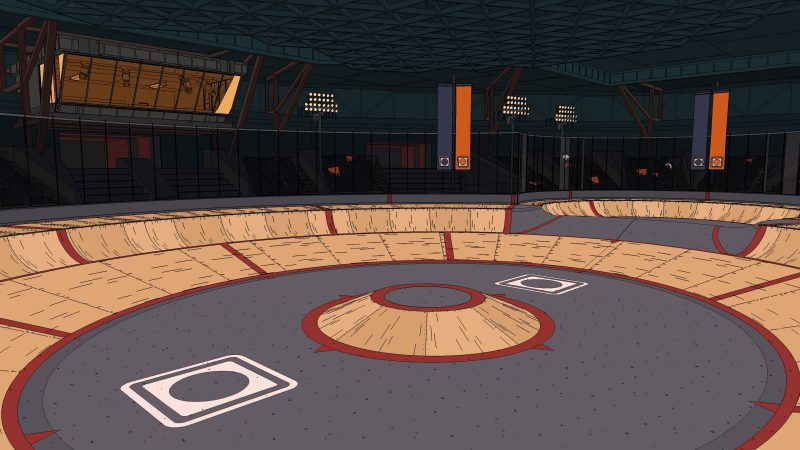 Having to contend with house players while worrying about checking off challenges for that level can become overwhelming fast, but like previous Roll7 games, its easy to get into the fluidity of the movement.

You’ll see Kara jump, spin, flip, grab, grind, and wallride all around the different arenas, each of which made to provide you with enough ramps and opportunities to pull off sick tricks while shooting someone in the face.

Rollerdrome is at its best at peak chaos. Watching Kara fly through the air while effortlessly rolling around these arenas, giving goons who look like armed football players a face full of lead doesn’t stop being fun.

Who Needs To Reload? Just Do A Flip 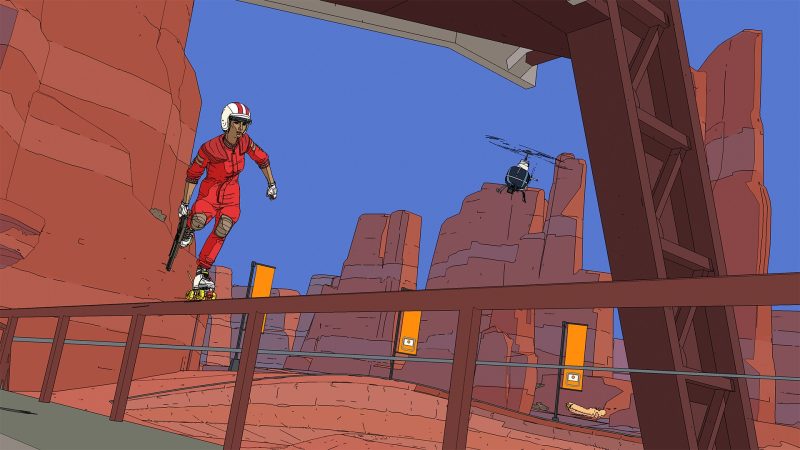 Seriously, there’s no time to stop, take cover and reload in Rollerdrome. You’re always moving, and to reload ammo across all your weapons, you’ll need to perform tricks.

Pretty much anything that’ll add to your points will also reload your weapons. It’s an aspect of the gameplay that I truly love, because it makes you want to put on more of a show as you ramp up your score.

Trying new grabs, combos, all while keeping up your score tracker to kill the House Players shooting at you helps provide that extra incentive to make things look a little flashier.

The weapons at your disposal, from what I’ve seen are a shotgun, dual pistols, and a grenade launcher. The weapon wheel looks like a fourth weapon could be added, but that remains to be seen.

You also have a slow-mo ability called Reflex Time, which lets you line up your shots while doing backflips, which is also a pretty big help. You can also dodge bullets heading your way, and activating Reflex Time right after a dodge will activate a Super Reflex mode, where your shots are more powerful for a short time.

Putting all these tools together to keep up a high combo hasn’t started to get boring, even after playing the levels I could again and again for a better score than the last time.

The Sound And The Mystery 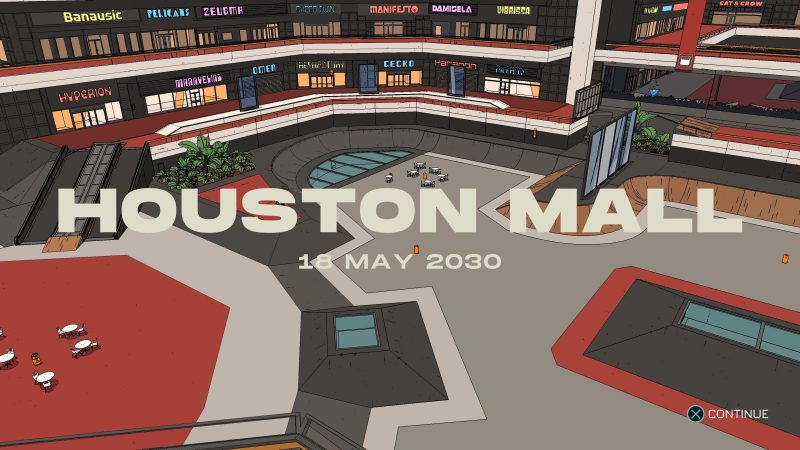 Thankfully you’re not blasting away House Players to nothing but the sound of gunpowder, there’s an excellent soundtrack that goes along with each level.

It not only kept me engaged, but it pairs exactly with the highly intense action going on around you the whole time.

Though most of this game is about getting higher scores, there is what seems to be a small narrative that runs through the game at different intervals. It’s enough to create an air of mystery to everything about Rollerdrome, and have you savouring those times when you can explore the story a little more.

It’s clearly not the focus of the game, but it serves its purpose well enough to keep you intrigued on finding out what happens next.

Just Roll With It 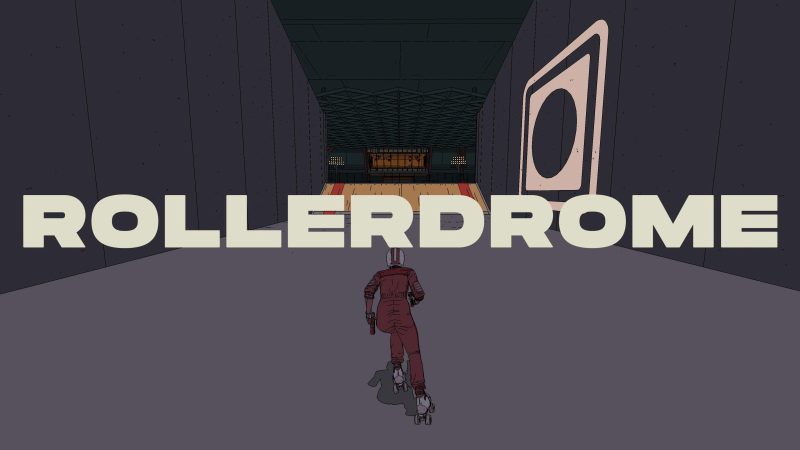 So far, everything about Rollerdrome is making me more excited to play the rest of the game. The story is small, but intriguing and mysterious enough that I want to see it through to the end.

The soundtrack has an energy that just makes it irresistible to listen to, and the comic-book like art style fits it all perfectly.

Of course the true star of the show is the gameplay, and with the difficulty and chaos likely to ramp up in later stages, I can imagine it only getting better from here.

I would be remiss though if I didn’t mention that while I love completing the challenges offered, and don’t mind stages being gated behind your completion of said challenges, you don’t actually have to do them.

You can enter the settings and adjust the game how you like, whether that’s removing the challenge requirement, adjusting how much damage you take, the game speed. You can even turn on infinite ammo and invincibility, with the only penalty to these being your scores won’t be published to global leaderboards.

A small price to pay, because I love that these features are included. Whether or not I’ll use them, I’m happy to see that someone else would be able to enjoy Rollerdrome just as much as I have, because all these features do is make the game accessible to more players, and you love to see it.

All things considered, there’s no doubt that you should look to Rollerdrome’s release this coming August with excitement and anticipation.