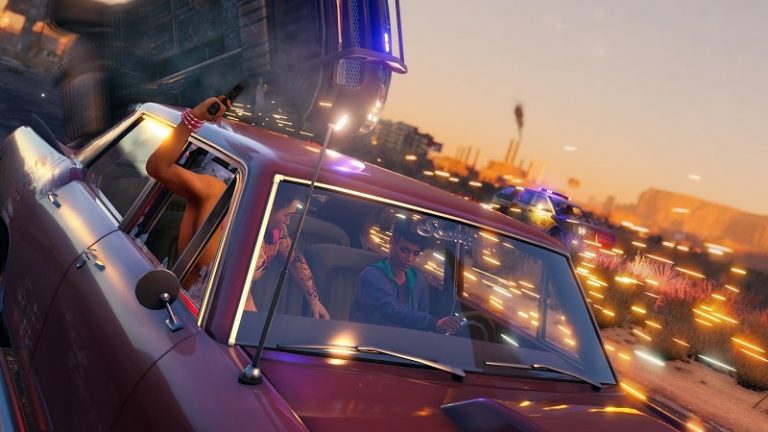 Game Informer has gone live with two minutes worth of Saints Row gameplay footage, offering fans their first proper look at the game’s open-world Santo Ileso in action. This is from unfinished code, but even so, it’s looking pretty polished all the same.

The footage offers a look at traversal across the American Southwest location, with desert roads giving way to neon-soaked nightlife as the footage shifts to the city streets. Check out the Saints Row gameplay footage below.

Saints Row is a reboot of the popular open-world franchise from developer Volition, which to be fair, isn’t surprising considering the previous game had you playing as a super-powered US president and fighting aliens. Where else could the series go but back to its roots?