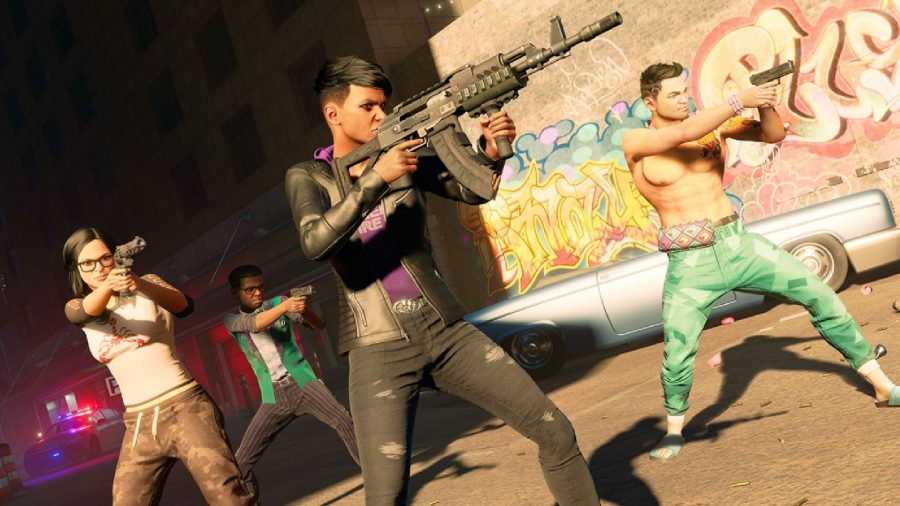 Volition has released a turbo-charged Saints Row story trailer for you to feast your eyes on, offering a look at the titular’ organisation’s formation and rise to power, all wrapped up in one spoiler-free package.

The game acts as a reboot of the over-the-top criminal enterprise-‘em-up, and takes place in the fictional Santo Ileso, which is based on the American SouthWest. Against the backdrop of lawless factions fighting for power, your group emerges in an effort to become Self Made and embark on their own criminal venture.

Saints Row is the biggest entry in the franchise to date in terms of scope, offering a sprawling sandbox to explore that’s packed with side hustles, criminal ventures and action-packed missions. There’s guns, cars, bikes, choppers, hover boards, go-karts and unprecedented character customisation as you go about building your criminal empire in any way you see fit.

Is Saints Row on your radar? Then be sure to read our hands-on preview to see how it’s shaping up.