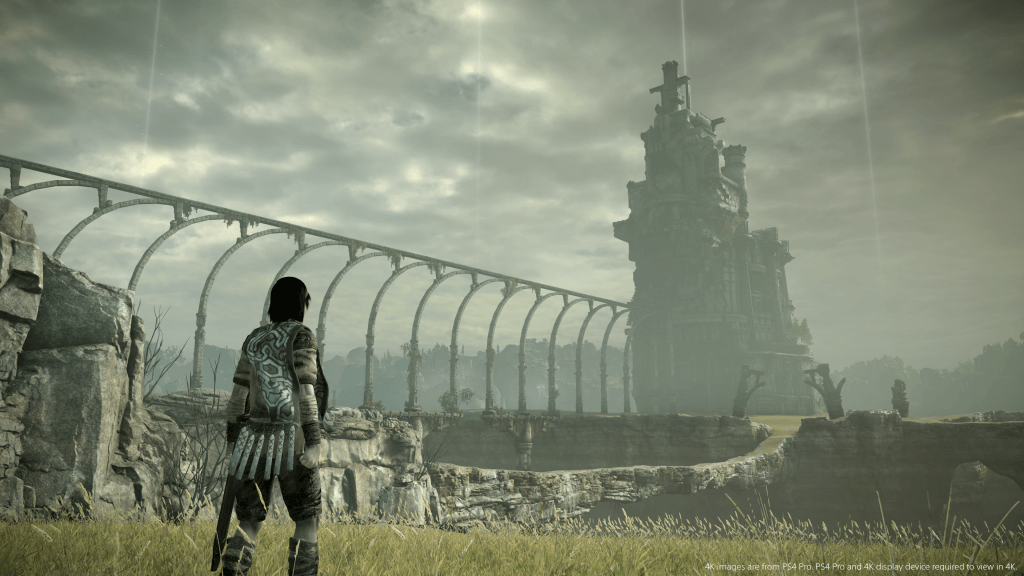 It’s hard to think of many games more worthy of ongoing restoration and revisiting than Shadow of the Colossus. For starters, the legendary PS2 adventure game is a design masterpiece that’s still unlike anything else in gaming. Its original release was also plagued by the hardware limitations of its time. Framerate drops exacerbated sluggish controls and occasionally made bringing down the giants harder than intended. It was a beautiful game nevertheless, with impressive scope and minimalist beauty. Yet by-and-large it hasn’t aged well, and the PS3 remaster did little to improve upon the original art.

Enter Shadow of the Colossus PS4, in which Bluepoint Games and JAPAN Studio return to the drawing board to re-imagine the masterpiece in 2018. A higher resolution is just the starting point. 60 fps at 1080p will render the game more playable than ever, with no chugging framerate to break immersion. HDR will cake the mysterious lands in realistic light and shadow. On PS4 Pro, dynamic 4K will reveal even more crisp detail, in grass, the colossi, and Wander himself.

Like with film restoration, the process will breathe new life into a gaming class, invigorating those who’ve played before and extending a warm welcome to newcomers. But I believe it’s important to not touch the original any more than necessary, lest the team changes what isn’t broken. If aiming becomes easier, or better graphics reveal important details that used to demand closer inspection, is it still Shadow of the Colossus? Thankfully, the aesthetic changes don’t affect gameplay. Across the vast open fields you race across on horseback, flowers, weeds, and all manner of grass rustle in the wind and get trampled underfoot. New details on Wander, like the wrinkled leather of his shoulder pad or the patterns on his cape, make the action more tangible. But the mysterious, ethereal parts haven’t changed. Shadowy, indecipherable silhouettes still stand over Wander when he awakens after killing each colossus. There’s an architectural consistency throughout the land, but it’s no clearer who built these long dormant ruins, or why. One can make out details on the colossi bodies better than before, but in my opinion, it will be no clearer to newcomers what weak spots to target or how to climb.

The controls too are precisely as I remember. Wander is armed with only a bow and a sword, and each colossus presents a massive environmental puzzle to solve. How do I reach parts of the beast that are climbable? How should I use the environment to get its attention or gain the advantage? Most of the challenge is figuring it out, and the controls are simple enough to allow easy execution. Holding R2 to grip onto surfaces like a colossus’ climbable fur, holding L2 to focus the camera, and holding R1 to raise your sword and focus a beam of light in the beast’s direction are the only wrinkles to otherwise standard action-adventure controls, and they haven’t changed a bit.

Wander’s physics, and the unique ways his body reacts to colossi movement, also remain. That means occasionally frustrating moments where a colossus will turn or pivot and Wander will tumble from the inertia. This was always part of the riveting Shadow of the Colossus experience. Nail-biters where a colossus moves and Wander tumbles dangerously close to an edge, or falls off entirely, are part of the award-winning fun, but I have a feeling total newcomers will be less patient with how the game doesn’t always quite behave the way you’d like.

In my hands-on demo at PSX 2017, I chose to tackle Colossus 13. Light spoilers: it’s the flying sand worm that both takes to the skies and dives beneath the sand. I didn’t immediately remember how to tackle the fight, but I was utterly awestruck at the cinematic spectacle of Wander racing across the sand on horseback as wind kicked up clouds of dust and the sun’s god rays baked the landscape. It was visually striking–no small feat for a decade-old game I’ve played three times. The smoother framerate made for even more cinematic moments; I could confidently steer Agro in precise ways, both closing the distance and setting up amazing camera shots.

With visual luster and smoother gameplay, Shadow of the Colossus gets a definitive restoration on PS4. It’s newly breathtaking and playable in a way that should please veterans, and it comes with the absolute highest recommendation for those lucky enough to be experiencing this masterpiece for the first time. When Shadow of the Colossus releases for PS4 on February 6, 2018, it will set a new standard for game restoration. With any luck, it will inspire future re-imaginings, just as the original game continues to inspire creators.