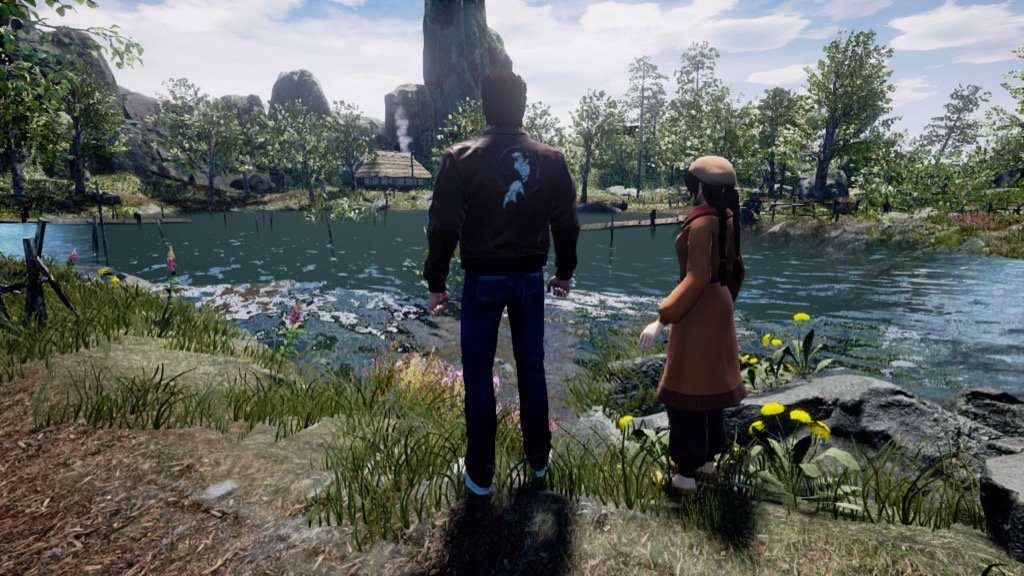 You can read a lot into a tweet, but this latest one from the company behind the resurrection of the Shenmue franchise, definitely seems to point to 2018 as the Shenmue 3 release date.

“I wish you a Happy New Year ! All the best for 2018 ! It will be great with the #Shenmue3 release on #PS4 and #PC and many other surprises :)” writes Cedric Biscay from Shibuya Productions.

What’s also interesting is that he mentions that there’s some surprises incoming. While some fans are speculating that this could be Shenmue HD, it would seem like a bad call to release a remastered version in the same year that Shenmue 3 is being released. This comment could actually be entirely unrelated to Shenmue 3, and might be related to one of the companies other non-gaming projects.

Since Shenmue 3 was announced as a Kickstarter project in 2015, a firm release date has yet to be revealed. Last month, the Developer Ys Net shared some good news for those awaiting the upcoming PlayStation 4 action-RPG: the game has bagged a publisher in the shape of Deep Silver. A post on the game's Kickstarter page reads, “The Shenmue III project has signed a global publishing contract with Deep Silver, the game division of the German company, Koch Media. Game fans may already be familiar with Deep Silver, as they are a trusted brand who has helped many Japanese game titles find their audiences around the world.

“We are proud to have gained a wonderfully reliable partner to make sure Shenmue III reaches all its fans all over the planet.”

Shenmue 3 was originally due out in December 2017, although Ys Net confirmed recently that the project had been pushed back in order to achieve its full potential. The game was announced at E3 2015 via Kickstarter, raising over $6.3 million by the end of its run.

Despite this, Ys Net launched a Slacker Backer campaign a few months after the Kickstarter ended, allowing fans to continue supporting Shenmue 3's development funding. However, those of you who contribute this way won't receive the Kickstarter goodies.

Shenmue 3 is not going to be the final chapter in protagonist Ryu Hazuki's epic revenge saga, though creator Yu Suzuki has said it's too early to be talking about a potential Shenmue 4.

The original Shenmue launched for the SEGA Dreamcast back in 1999 in Japan, arriving in western stores the following year. At the time, it was the most expensive videogame ever made, though its sales were lacklustre.

Shenmue 2 followed in 2001 in Japan and Europe, although the U.S. version of the game would not be released on Dreamcast due to the demise of the system in the west. Instead, SEGA ported the game to the Xbox in 2002, complete with English voice acting and a movie recapping the events of the original game.