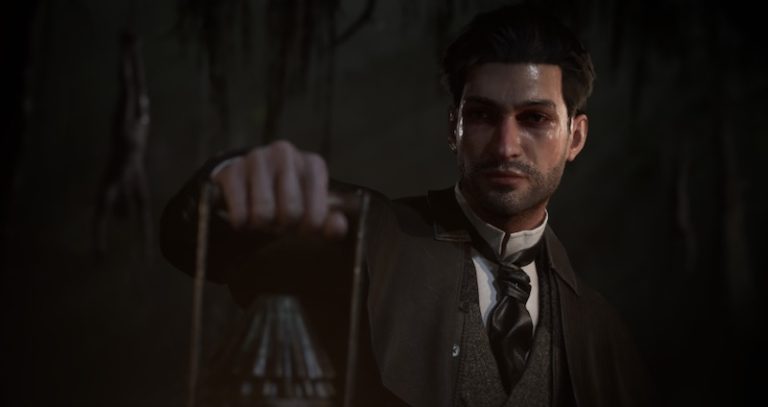 The Golden Joystick Awards 2022 has debuted a brand new Sherlock Holmes The Awakened trailer, which offers another look at the game in action, from its detective-based mechanics to the creepy settings.

Sherlock Holmes: The Awakened is currently in development for PS4, PS5, PC, Nintendo Switch, Xbox Series X/S and Xbox One. The game launched on Kickstarter earlier this year, where it easily reached its target of $71,658 and had raised over $93,000 while at the time still having 29 days to go.

This revamp of the World’s Greatest Detective’s classic adventure has been built from the ground up using the Unreal Engine 4, and benefits not only from spruced-up visuals but also ‘substantial’ story rewrites, new side quests and English voiceovers.

In addition, developer Frogwares has also tinkered with the relationship between Holmes and Watson, and Awakened’s detective mechanics, animations and cutscenes have been polished up.