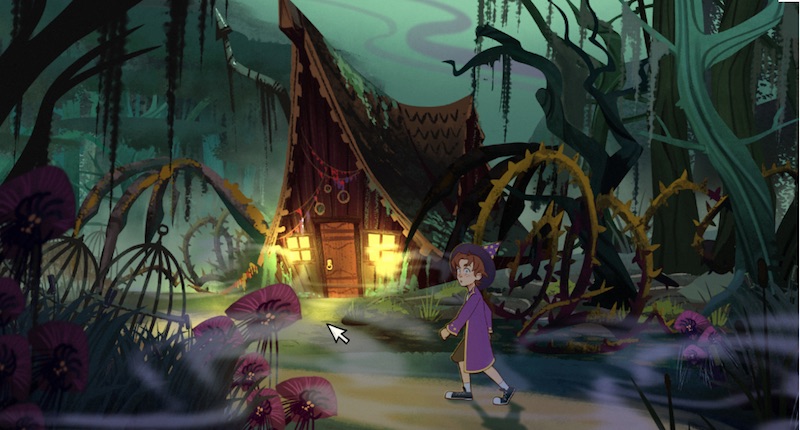 Simon The Sorcerer Origins (any 90s gamers here? It’s a prequel to the 1993 PC original) is coming to PS5, PS4, PC, Nintendo Switch, Xbox Series X/S, and Xbox One in 2023, bringing with it its uniquely charming point-and-clicked-based gameplay.

Kicking off a few weeks before the events of the first chapter in the Simon series, we find the titular magic-wielder plonked right in the midst of the wizarding, unleashing his own brand of trouble in the process. Along the way, he’ll seek moral redemption, and prove that he’s not a massive disappointment to his parents in the process.

Presented in a vibrant 2D art style, Simon the Sorcerer Origins features seamless transition between cutscenes and gameplay, with players tackling numerous puzzles underpinned by unexpected comedy interludes. The game is also peppered with Easter eggs for you to find.

Players can look forward to plenty of irreverent banter and fourth wall breaking, with Simon directly addressing the player at times. “The narrative and gameplay paths unfold in counties ways without forgetting about the core elements of the saga: comedy and sarcasm.”

Simon The Sorcerer Origins is out in 2023 for PC and consoles.