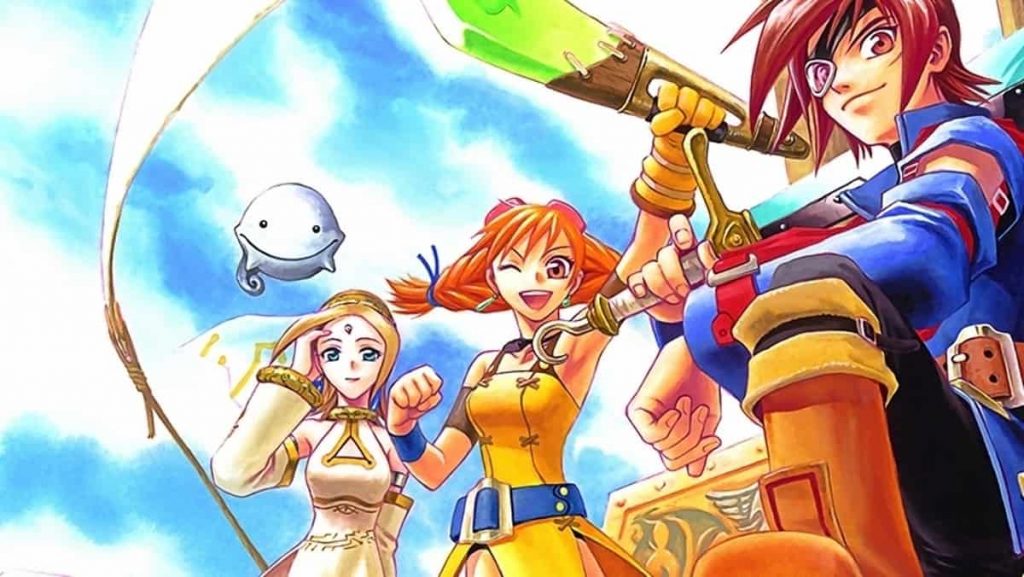 Seminal Dreamcast RPG Skies of Arcadia turns 20 this year, but programmer Kenji Hiruta has said he’s still hoping to make a sequel after all this time. In fact, he’s pledged to send one lucky fan some exclusive art work if they help spread the Skies of Arcadia love on Twitter.

The art work in question was created by character artist Itsuki Hoshi, and to be in for a shot at bagging it, you simply need to retweet Hiruta-san’s message below.

Dear funs of Skies of Arcadia, please watch this masterpiece. I'm soooo moved. After 20 years, we can still see the new art of it. Unbelievably I'm happy. pic.twitter.com/p5t3icQ9i5

Why all the hullabaloo? Well, Hiruta is hoping to still make a Skies of Arcadia 2, despite however unlikely it may seem at this point. “I really really want to develop the sequel,” he said. Let’s hope SEGA actually takes notice of all the love out there for the game, eh?

Skies of Arcadia was released for the Dreamcast back in 2000 and was developed by Overworks. The game follows sky pirate Vyse, who teams up with a group of fellow pirates to prevent the Valuan Empire from unearthing a bunch of ancient weapons that threaten to destroy the world.

The game was well-received by critics at the time but sold poorly, with plans for a sequel in the early 2000s abandoned alongside a PS2 version of the original game. Nonetheless, SEGA released it for the GameCube as Skies of Arcadia Legends.

While SEGA has remastered a number of its classic titles over the past few years – including Shenmue I & II – it hasn’t made any plans to give Skies of Arcadia a revamp, something which a lot of fans have been crying out for.

I still have Skies of Arcadia sitting in my retro cupboard waiting to be played after picking it up brand new for the Dreamcast about 10 years ago. Better late than never, I guess!