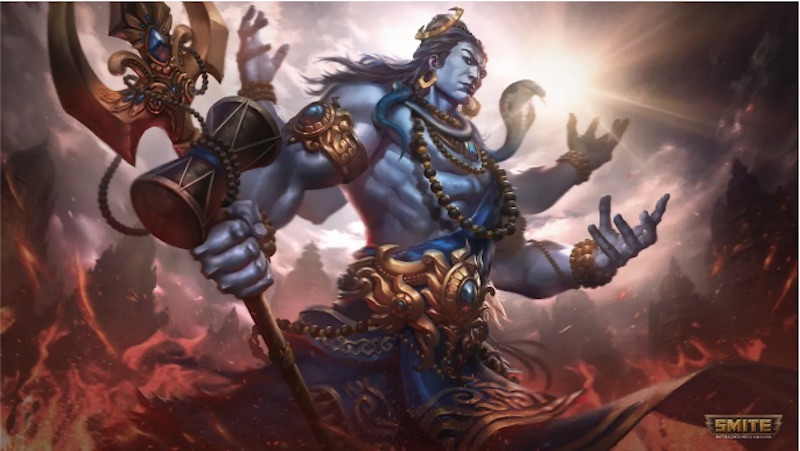 Hi-Rez Studios has announced the Smite update 12.13 patch notes for you to digest, which comes with a range of buffs and nerfs for characters and items. It’s otherwise known as the Smite 9.4 Bonus Update.

In this bonus update we are nerfing the starting power on many early game items including starters, Tier 1 DPS items, and Tier 2 Penetration items. This was the single most clearly identified aspect that was missing from 9.4. Starter items were originally not nerfed because they had such a delicate balance with each other that had been worked on across the entire last year, but the data and feedback has provided the proper information to make us feel more confident about this change. This should provide some more subtle changes in game feel, especially in the early game, and will contribute to more subtle damage decreases and shifts in build paths.

There are also clearly items that aren’t nerf here. We generally avoided nerfing the starter items that are the less popular ones already, have low power, or are for Supports.

New gods are always an interesting situation. It appears that in this case the data and feedback are clearly aligned: Yu Huang needs some buffs. The god definitely has a learning curve and a unique feel that takes some time to adjust to, which is why we usually wait longer before we apply buffs. Atlas was in a similar situation and was buffed in PTS, so it feels appropriate that Yu Huang could be buffed in his first bonus update. These buffs specifically aim toward increasing his total damage as a mage, which is definitely on the low end for the class, and it includes one important change to his feel that allows him to refire his Ability 2 more quickly without a damage penalty.

FLAMES OF THE PHOENIX

The Season Launch god has come down with his past nerfs, but we are looking at one more that we think will be the last for a while. Shiva’s Ultimate provides a long duration of CC Immunity and Damage Mitigation that makes it an especially powerful engage or escape tool. Shiva’s recent over-performance has continued to be attributed to his mobility and evasion, so we are removing the damage mitigation from this ability to make sure Shiva’s enemies can properly punish and counter the ability.

Players are wailing like banshees about Cliodhna’s power level. This god saw heavy damage scaling nerfs to multiple abilities in 9.4, but she has held onto a top spot in the meta. For this update we are taking a different path by removing the Ability Lifesteal she gets while inside a wall. Managing your health and creating a strong risk/reward situation is important to this gods design, and allowing Cliodhna to heal up while in a wall felt contrary to that goal, especially as players got better at handling her. She will no longer have this ability, but she will still gain this bonus after exiting, encouraging her to leap into battle and deal damage to heal herself back up.

Despite his massive stature, this god was still able to hide from the nerfs in 9.4. He was recently buffed and we did aim to avoid nerfing gods in that situation, but Cthulhu has clearly shown that he is now a meta staple, not just a flavor of the month. He is mostly valued for his Ultimate, which is going to get nerfed in both its tanky features as well as its damage ability. Although Cthulhu’s Ultimate thematically is driving players to abandon all hope and spiral into madness, we do want players to actually be able to fight against it.

This goddess has recently risen to power in the SPL as a specific counter pick against a few top gods. She is mostly a counter-pick and also has not been in the meta much recently so we are starting off very light with her nerfs. Her Ultimate is powerful and tough to counter, so a small increase in cooldown here could make a big difference, especially at the pro level.

We really opened the floodgates on He Bo when we removed that self root. After discussing with the team, analyzing the data, and reviewing the feedback, we still feel like this was the right call. We would rather make the god feel much better to use, then nerf him in other ways. He Bo plays best when maneuvering between enemies, and that self root really hurts his flow. However, to balance that out he will definitely need some damage nerfs