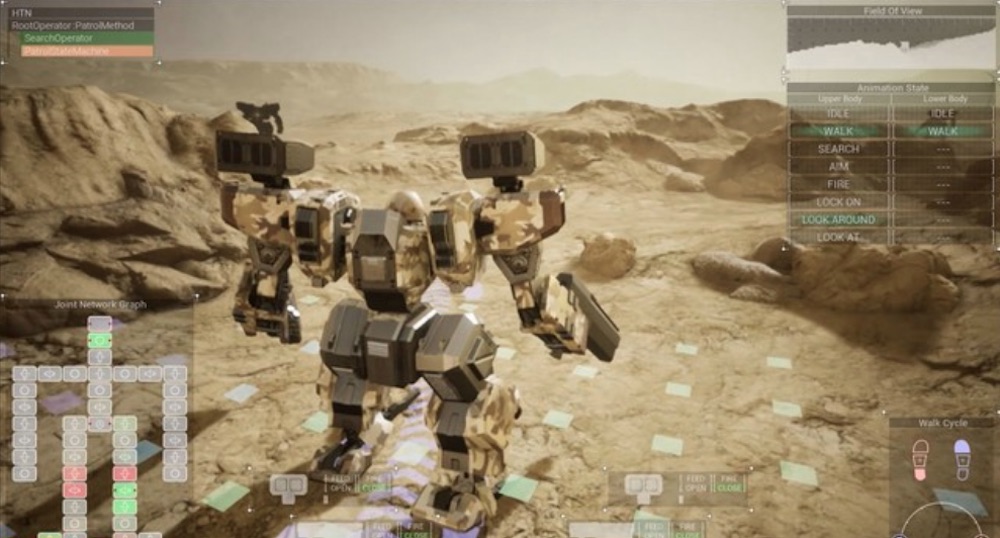 Square Enix held a lengthy presentation at GDC in Japan this week, where it discussed procedural animation for use in mechs. Is this a hint towards a new Front Mission, or something else entirely? Who knows at this point, but it’s impressive stuff nonetheless.

However, some observations on Twitter have noted that Front Mission may not be too far off the mark. One of the mechs in the screenshots below is similar to the classic Zenislev wanser from Square Enix’s popular franchise, and it’s also in possession of the Raptor Machine-gun present in Front Mission.

The Front Mission series has been going since 1995, and has spanned multiple formats over the years. Despite this, only five games have been localised for western releases, with the last major game being Front Mission Evolved back in 2010. Left Alive, which takes place in the same universe as the Front Mission franchise, came out in 2019.