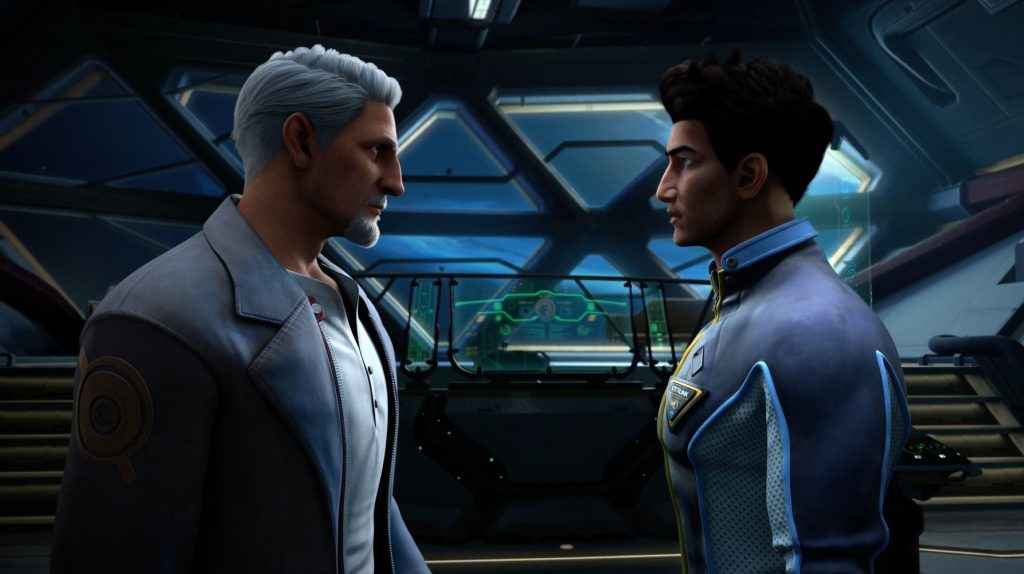 Starlink: Battle For Atlas launched today from Ubisoft Toronto. After spending many hours with Ubisoft’s new toys-to-life game, I have had a pretty fun time. However, there are a few things the game does not tell you that are integral to the game. I have compiled a list of some Starlink: Battle for Atlas tips that will help you during the first few hours of the game.

Combat is one of the strongest aspects of Starlink, especially the planetary combat. However, if like me, you spent the first few hours barely moving around, you are probably dying a lot. To negate this, you will want to use your ship’s dodge and jump as much as possible. The CIRCLE button will cause your ship to dodge to the side, allowing you to avoid bombs and machine gun fire.

The jump, on the other hand, is activated with the CROSS button and allows you to jump over The Legion (Starlink’s enemy race) and get behind them to hit weakpoints.

Do note that this only applies to planetary combat. Space combat does not offer the ability to jump and dodge. When not fighting off The Legion, you will be spending your time exploring the game’s seven planets and solving some traversal-based puzzles. Therefore, you will be doing a lot of travelling around in your ship. Starlink: Battle For Atlas does not tell you that you can actually hover whilst in your ship. If you hold the Cross button after jumping, your ship will hover, allowing you to cross gaps and jump between buildings.

Also, if you have bought the Pulse Starship Pack with Chase, you can use her Pilot Ability to grant you an unlimited boost for a limited amount of time. The only downside is you will have to buy this pack on top of the Starter Pack. Going back to the game’s combat, one way to maximise your damage is to take advantage of both of your weapon’s elements. A combination of two elements can deal massive damage to the game’s various combatants. The starter pack comes with an Ice Weapon and a Fire Weapon.

Shooting enemies with one and then the other will create a combo, dealing even more damage than regular fire. These combos are denoted by green text. If you have purchased any other Starship packs or Weapon packs, make use of purple gravity weapons as they can attack multiple enemies at once. As you play through the game’s main campaign, you will be getting a boatload of mods to upgrade your weapons and ship. These can clutter the menu and be relatively annoying to deal with. Therefore, head to the Equinox Upgrades screen and select the ‘Mod Foundry.’ Here you can purchase mod fusion. This allows you to combine duplicate mods, upgrading that mod to a higher rarity, such as uncommon or rare, all with the TRIANGLE button when choosing a mod in the menu.

Not only does this reduce your screen clutter, but it also makes you more powerful. Therefore, you may as well do it anyway. While exploring the game’s first planets, Kirite and Haven, you will come across observatories and refineries. These offer missions that will reward you with a rare mod for either your weapons or ship. These rare mods are powerful and often give boosts to more than four statistics, making them valuable.

Therefore, you should try and complete a few of these missions on each planet to build up your inventory of rare mods. Completing Observatory missions will also reveal more of the map on the planet you’re on. One of the most visually impressive things in Starlink: Battle For Atlas is the creature design. There is a nice variety of creatures on each planet and each one looks unique. You can see how many species are on a planet when looking at the map from the menu.

You will need to do this three times for each creature to fully scan it and earn a special currency, denoted by the blue molecule symbol. This currency is needed to upgrade the Equinox, your base of operations. These updates are really important, as the can boost the number of materials you get or allow you and allies to do more damage. That about covers it for my Starlink: Battle For Atlas tips and tricks. I am interested to know what you think of the game. If you are playing it be sure to let us know.