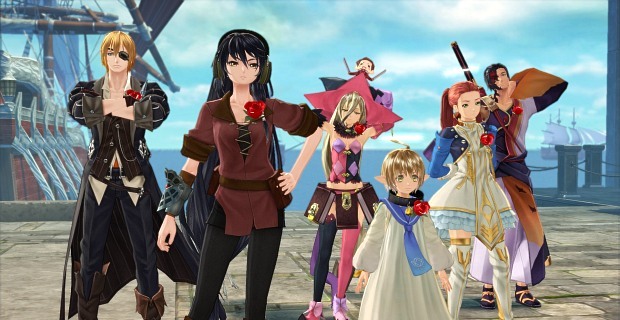 Bandai Namco Games has announced that the Tales of series has notched up 20 million sales worldwide.

The publisher made the announcement on Twitter, and revealed a brand new illustration from Minoru Iwamoto. You can grab a wallpaper version of the art work here. Sadly, Namco didn’t share any details about the future of the series, although presumably a new Tales of title will materialise at some point.

The most recent entries in the franchise came in the shape of Tales of Berseria and Tales of Vesperia: Definitive Edition, which launched in 2016 and 2019, respectively. Tales of Vesperia’s remastered version is an upgraded release of the original PS3 title, which launched ten years ago. It features enhanced visuals, English Japanese voiceovers, plus all of the content featured in the Japanese release of the game.

Tales of first launched way back in 1995 with Tales of Phantasia for the Super Nintendo Entertainment System, although it was later ported to a number of platforms, including the PSOne. Since then, the franchise has graced numerous platforms, and has seen a new release every few years. With this in mind, a fresh Tales of is probably on the way, even if we don’t know it yet.

Traditionally, Tales of has been perceived as a cult series in western markets, although in its native Japan the franchise is an RPG heavyweight rivalled only by the likes of Dragon Age and Final Fantasy. Nonetheless, Tales of Symphonia gave the series a major shot in the arm in terms of popularity in the US and UK.

Despite this, there are a number of Tales of games, such as spin-off titles, that have not been localised for western markets. Tales of Innocence on 3DS on PlayStation Vita remains one of the only main instalments to be released exclusively in Japan.