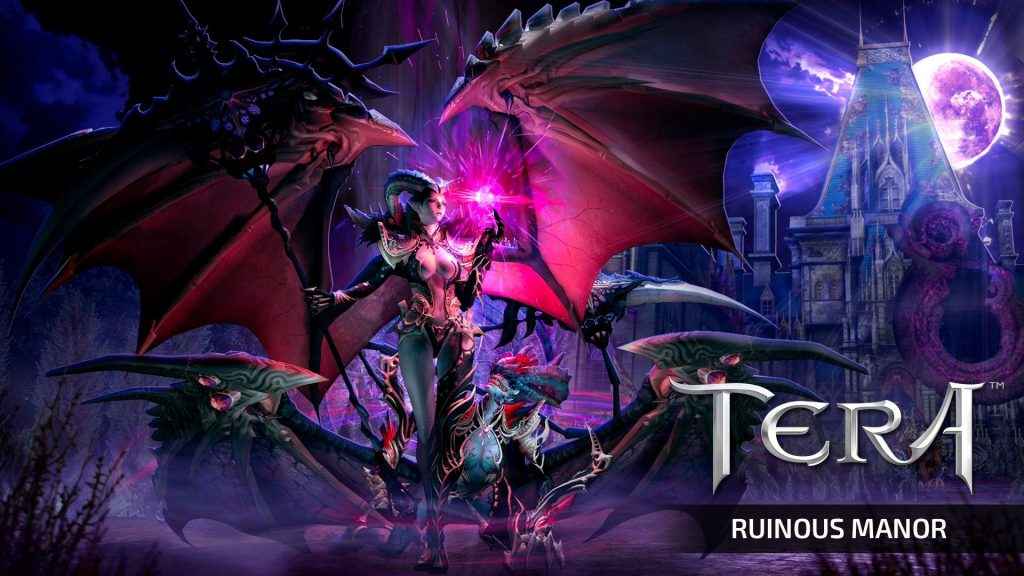 En Masse Entertainment has released the first DLC update for TERA just two weeks after launch with its TERA PS4 update Ruinous Manor, despite having initial server struggles during the beta. All you brave warriors will face three Big Ass Monster (BAM) bosses in the Ruinous Manor. Atrocitas and his deadly claws, the powerful kick attacks of Malgarios, and Lacheilith, a true nightmare armed with a piercing tail scythe, life-draining soul spheres, and triple lasers.

Check out video of the Ruinous Manor update below.

Here’s the lowdown on where to activate the quest and requirements.

Remember warriors, for vampyrs, death is just an inconvenience on the way to ultimate triumph.