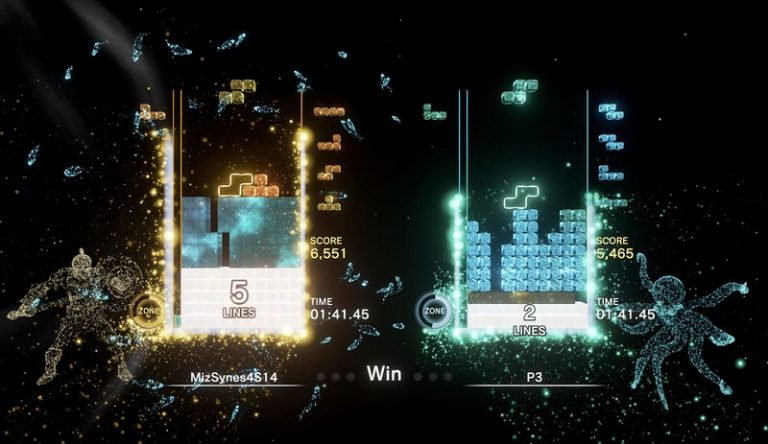 Enhance Games has announced that Tetris Effect Connected will make its debut on PS4 and PC on August 18.

The existing version of Tetris Effect for the PS4 will receive a free update that upgrades the game to its Connected counterpart, which was originally released for the Xbox Series X/S and Xbox One.

Here’s a quick blurb about Cross-Play:

Furthering the game’s goal of bringing people together in cooperation and competition, the Tetris Effect: Connected update will allow Friend Match players to invite owners of the game on other platforms to all play together, via a simple, shareable four-digit alphanumeric “Room ID” code. (Of course players can also invite others on their same platform directly via that platform’s native invite system as well.)

Tetris Effect was originally released for the PS4 in November 2018, and you can read our full review of the game here.