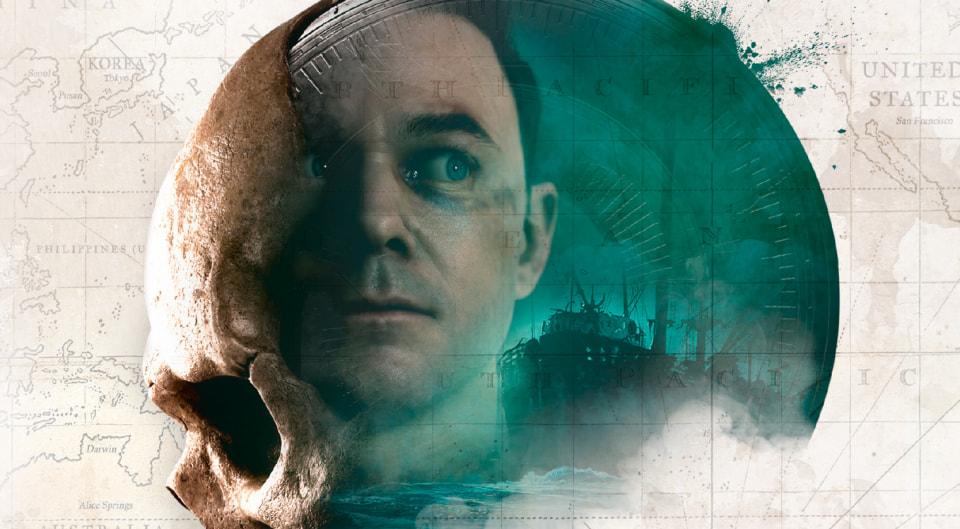 Developer Supermassive Games weaves a rich tapestry when it comes to narrative-driven horror games. 2015’s Until Dawn combines compelling storytelling with stomach-knotting dread and pulse-pounding scares, making it feel like you’re in the director’s chair for a new teen horror flick.

The fact the survival of the entire cast hinges on your decision-making gives you a weighty sense of responsibility; the feeling is palpable, and it’s something that Until Dawn excels at. Your decisions actually matter.

With Man of Medan, the inaugural chapter in the studio’s Dark Pictures Anthology, the Guildford-based code shop doesn’t stray from this established paradigm, although there’s an exciting new prospect in the shape of multiplayer. That’s right: it’s possible to experience Man of Medan’s spine-chilling tale with a mate in tow in online co-op, or with up to five other people locally via a pass the controller style arrangement.

It’s this multiplayer portion that PSU got to go hands-on with recently, as we soaked up about an hour-and-a-half of Man of Medan. Ironically, one of the main locations of the game, the ghost ship, didn’t actually feature much in our hands-on demo, but the demo still provided a succinct — and more than often, hair-raising — taste of what Supermassive Games is looking to achieve with its latest spook fest.

Our demo (or at least, the stuff we’re allowed to talk about) takes place on board the Duke of Milan in present day, with a group of younger divers: Alex, Brad, Julia, Conrad, and Fliss. At this point everyone’s asleep, but the shit soon hits the fan when a group of unscrupulous chaps board the Milan, taking everyone hostage. It’s here that Supermassive’s co-op play really shines. I’m in control of Conrad, while my buddy is following Alex; everyone is bound and gagged below decks. I manage to ungag my mate, and we exchange words about the situation before removing everyone else’s mouth pieces. Fliss is taken up on deck, so we’re left to stew about things. Fortunately, we manage to extricate ourselves from our admittedly flimsy bounds, after which Conrad is taken up on deck.

Once upstairs, I’m given a good kicking by my captors, and being the cheeky fellow Conrad is, I opt for a more flippant response than attempt to calm the situation. My reward is another punch in the face. All while this is happening, my partner is still below decks, and I have no idea what he’s up to. That’s the great thing about Man of Medan’s multiplayer; you’re not always together, and therefore you’re always wondering what the other player is up to.

The bad guys then take me back below decks, and after promising to behave myself, we start to formulate a plan of escape. The bandits have a small motor boat, so the plan is to steal it and find help. I’m all for pinching the craft, but my partner is initially hesitant. Still, we eventually decide to put the plan into action.

My job as Conrad is to grab the boat, while Alex and Julia provide a distraction. As such, me and my mate split up again; I escape through a window and navigate the outside of the Duke of Milan, while my co-op buddy remains inside. Again, we’re totally separate, and I have no idea what will happen next other than my own actions. It feels great, and suitably nerve-wracking. One interesting new gameplay wrinkle is the art of keeping your cool while under pressure. An ECG is displayed on-screen, and you have to hit X in time with your heartbeat to avoid being detected. It’s simple, but a neat way to keep players engaged in otherwise quite moments. I do this while hanging precariously below a window, and manage to avoid being clocked by the bad guys.

After creeping around the side of the boat in the thundering rain, I make it to the small craft at its side. Just then, I hear a scream — no doubt my distraction courtesy of my co-op buddy. At this point, I’m given the chance to help the others, or pinch the boat.

I plump for the latter, and only just make it to start the engine thanks to some dextrous finger work on a series of QTEs.

Conrad zips away on the craft, although the leader of the bandits fires a shot at him, which I successfully dodge. He’s not seen again for the remainder of the demo. I then switch gears to Fliss, who is still on the deck. She’s asked by the leader of the group to call for an update on the storm, but sternly warned that she’ll face consequences if she attempts anything.

Man of Medan Is A Tense Affair

It’s at point that things become tense. I’m given the chance to make it clear that Fliss needs help, or simply lie and claim everything’s fine. Clearly, Man of Medan has no problem at placing weighty choices in your hands. Fearing for the safety of the crew, I brush aside any concerns HQ had about our well-being, which seemed to satisfy our perennially stoic host. For now, at least. Was this the best choice? Could I have actually asked for help without consequences? Man of Medan gave me plenty of food for thought, and no doubt this sort of thing will feed into multiple playthroughs.

Sadly, the demo ended as we collide with a mysterious ship, our crew greeted by the sinewy smile of a corpse slumped in one of the lift boats. Thunder claps, lightning strikes, and our time with Man of Medan comes to a close.

Less about scares and more a proof of concept for the new co-op mode, Man of Medan’s demo left us confident that Supermassive is taking its nail-biting storytelling in an exciting new direction. It feels like a natural evolution of the genre, and one that we can’t wait to experience later this summer.

The Dark Pictures Anthology: Man of Medan is due out on August 30 for PlayStation 4, PC, and Xbox One.