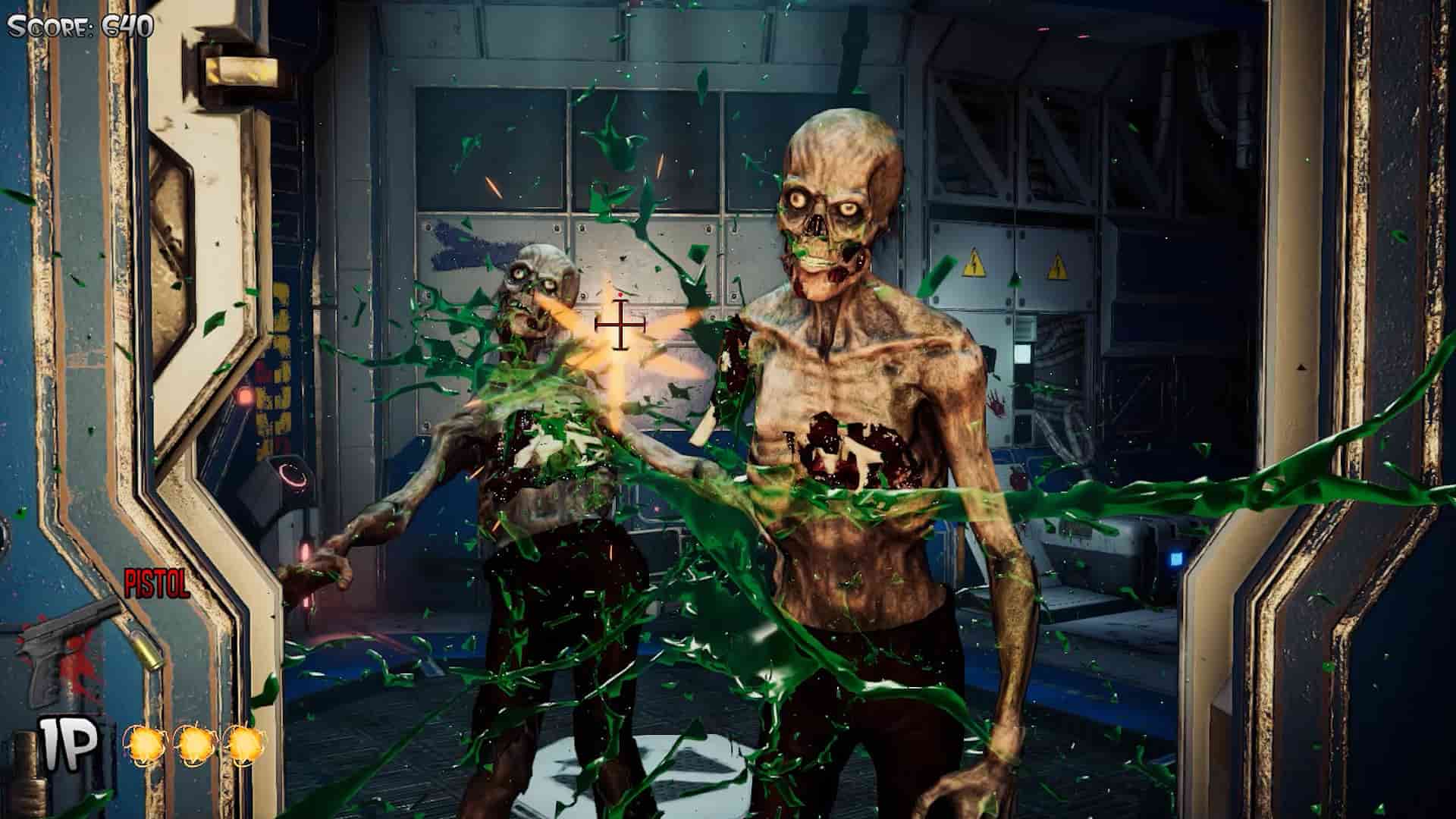 Forever Entertainment and MegaPixel Studio have confirmed that The House of the Dead Remake will be patched post-launch to include support for PlayStation Move.

This seems like a logical choice, as The House of the Dead is a rail shooter and using the PS Move controller will (hopefully) offer an easier time of blasting zombies to bits than an analogue stick. The original version on Sega Saturn and arcades used a light gun, but this is the next best thing.

The House of the Dead Remake is blasting its way onto PS5, PS4, PC, Xbox Series X/S, and Xbox One on April 28, 2022. The game is currently available for the Nintendo Switch.

PS Move support will be patched after the premiere!

Originally released in arcades in 1997 and ported to Saturn the following year, The House of the Dead is a classic undead rail gun shooter, where saving innocent scientists and decorating the walls with zombie innards is the order of the day.

Forever Entertainment is also working on The House of the Dead 2 Remake, although we’ve yet to see anything on that just yet.