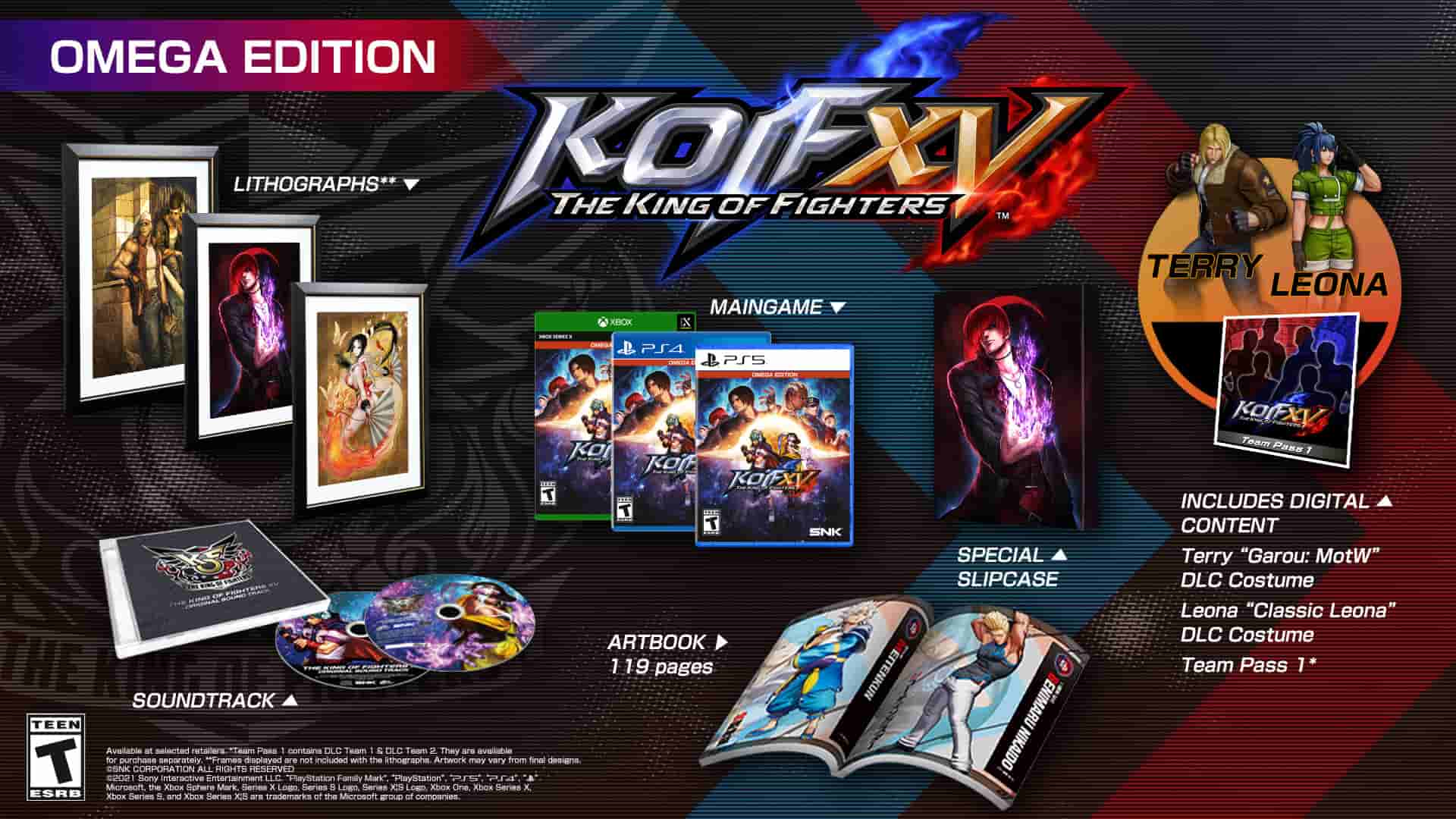 Koch Media has announced that The King of Fighters XV Omega Edition will be coming to North America.

This special edition of the upcoming fighting game sequel features a host of extra content, including a slipcase, lithographs, art book, digital content (Terry Garou: MotW DLC Costume, Leona ‘Classic Leona’ DLC Costume, and Team Pass ), soundtrack, and of course a copy of the game itself.

Naturally, the Omega Edition will launch alongside the standard edition of The King of Fighters XV.

EXTRA, EXTRA!! We have awesome news!

We've heard you, and we are happy to announce that THE KING OF FIGHTERS XV Omega Edition will come to North America too! 💪

It will launch with the standard edition with the same content as the European version.
Soon available for pre-order! pic.twitter.com/ZgTen9bxTX

SNK has confirmed that The King of Fighters XV will boast a massive roster of 40 characters at launch, and its DLC slate includes four more teams of 12 fighters to be added into the mix. The base game features 13 teams, including the Hero Team, Rival Team, Ikari Team, and Fatal Fury Team.