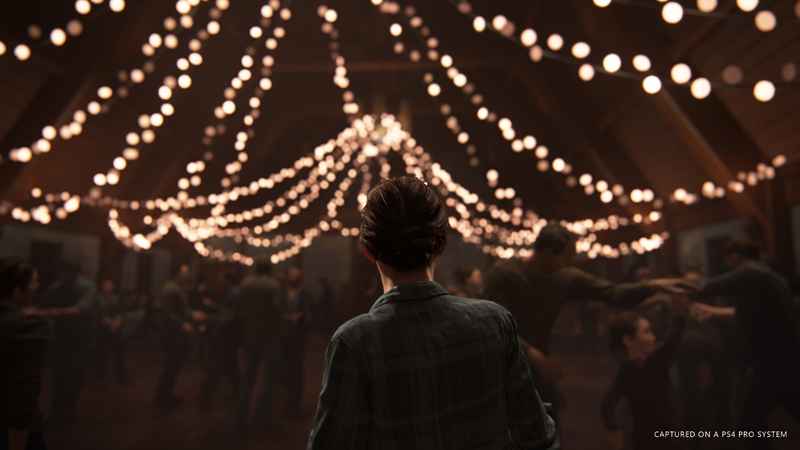 That The Last of Us Part 2 trailer was a bit special, wasn’t it?

I mean, the scene at the dance was so ineffably touching and enchanting I almost forgot I was a 29-year-old man sitting at home in my pants eating breakfast when I saw it for the first time this morning; exhibiting the kind of atmosphere, near flawless animation, and emotionally charged dialogue that we’ve come to expect as standard from a Naughty Dog game.

And did you hear Ellie’s unnamed male friend – I say friend; they might not be on such good terms when he finds out about the kiss she shared with his ex – reference Joel!? If I’m not completely mistaken, he’s very much alive and, from the sounds of it, still a tad overprotective; something Ellie doesn’t appear to be all that happy with.

The thing is, as I mentioned a few short sentences ago, this kind of deep, complex, and evocative narrative is par for the course for Naughty Dog these days. And because of that, in many ways, the most impressive aspect of yesterday’s trailer was the combat.

The Last of Us Part 2 Trailer: its impressive mechanics in action Now, I never had any real issues with the The Last of Us from a gameplay perspective myself, but it’s safe to say there were some who tolerated, rather than enjoyed the original’s mixture of stealth and combat. Either way, based on the aforementioned demonstration, these individuals will have few reasons to complain in The Last of Us Part II.

Protagonist Ellie appears to have an even greater range of tools at her disposal, this time round, with machetes, hammers, and explosive arrows sitting alongside the traditional make-shift shiv and basic wooden bow. In addition, she has access to an expanded crafting system, enabling her to create an even broader assortment of deadly weapons, traps, throwables, and specialist ammunition.

Yet, despite these refinements, The Last of Us Part II hasn’t lost any of the original’s characteristic brutality, transitioning seamlessly between visceral combat, to use the video game journalists favourite adjective, and unbearably tense stealth sequences at the drop of a hat.

Which brings me, rather neatly, onto another crucial point: stealth. Which, it would seem, is a far more viable option this time around.

If Ellie manages to break line of sight with her enemies by crawling under an abandoned car or concealing herself in the ubiquitous undergrowth, they actually lose track of her position and have to locate her once again before they can re-engage. They don’t automatically know where their quarry is hiding if they’ve already spotted them earlier; an all-too common feature of stealth-orientated games that does little to cultivate a sense of immersion.

Admittedly, it’s dangerous to get too carried away at this stage. We still don’t have a firm release date, for one thing, and besides, we all know E3 demos aren’t always entirely representative of the finished article.

But, in light of Naughty Dog’s recent track record, the future looks extremely bright for The Last of Us Part II.