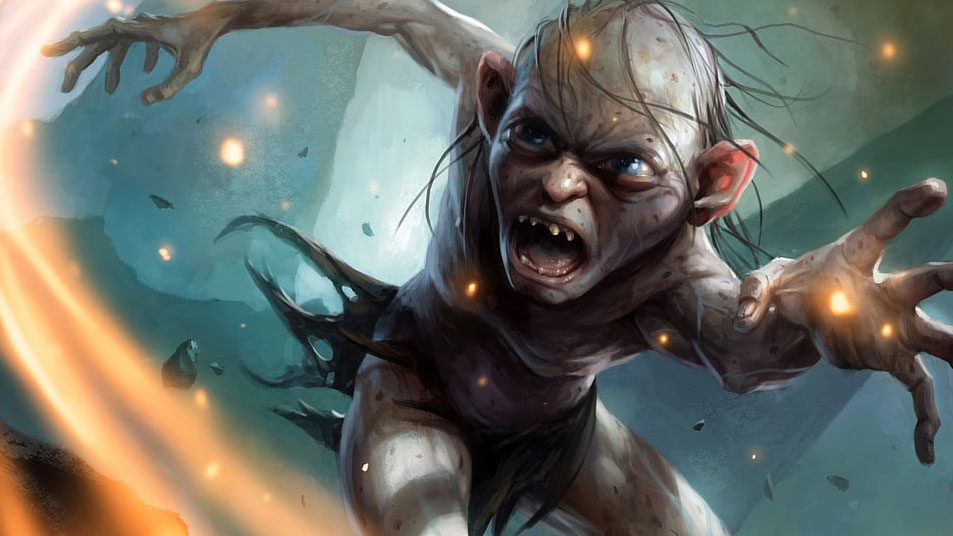 The Lord of the Rings Gollum is an ambitious title being created by Daedalic Entertainment, set within the incredibly deep lore of the Middle Earth universe. Crucially, it’s also the first time where someone that had a small, but very important role in a franchise has gotten their very own game.

The action follows the titular Gollum, the loveable yet disturbed river Hobbit that was twisted over time due to his connection to the One Ring. The Lord of the Rings Gollum is mainly a slow-paced stealth title, as our slinky protagonist is over 500 years old and not as active as he used to be.

To illustrate this, the combat mainly requires you taking enemies by surprise, with the tutorial I saw at the Nacon event having Gollum stealth his way through Mordor.

The Lord Of The Rings Gollum Preview

The preview kicked off by showing us some stealth elements, which saw Gollum using some rocks to break a light, which allowed him to sneak up to an unsuspecting Orc. Though this happened in this instance, not all enemies are as slow witted as this Orc, and some will be a lot more difficult to sneak up and take down. Even when it comes to Orcs alone, you may find some that are slightly more intelligent than others. Nacon also mentioned the game will feature giant spiders, no doubt the offspring of Shelob – arachnophobes, be warned! 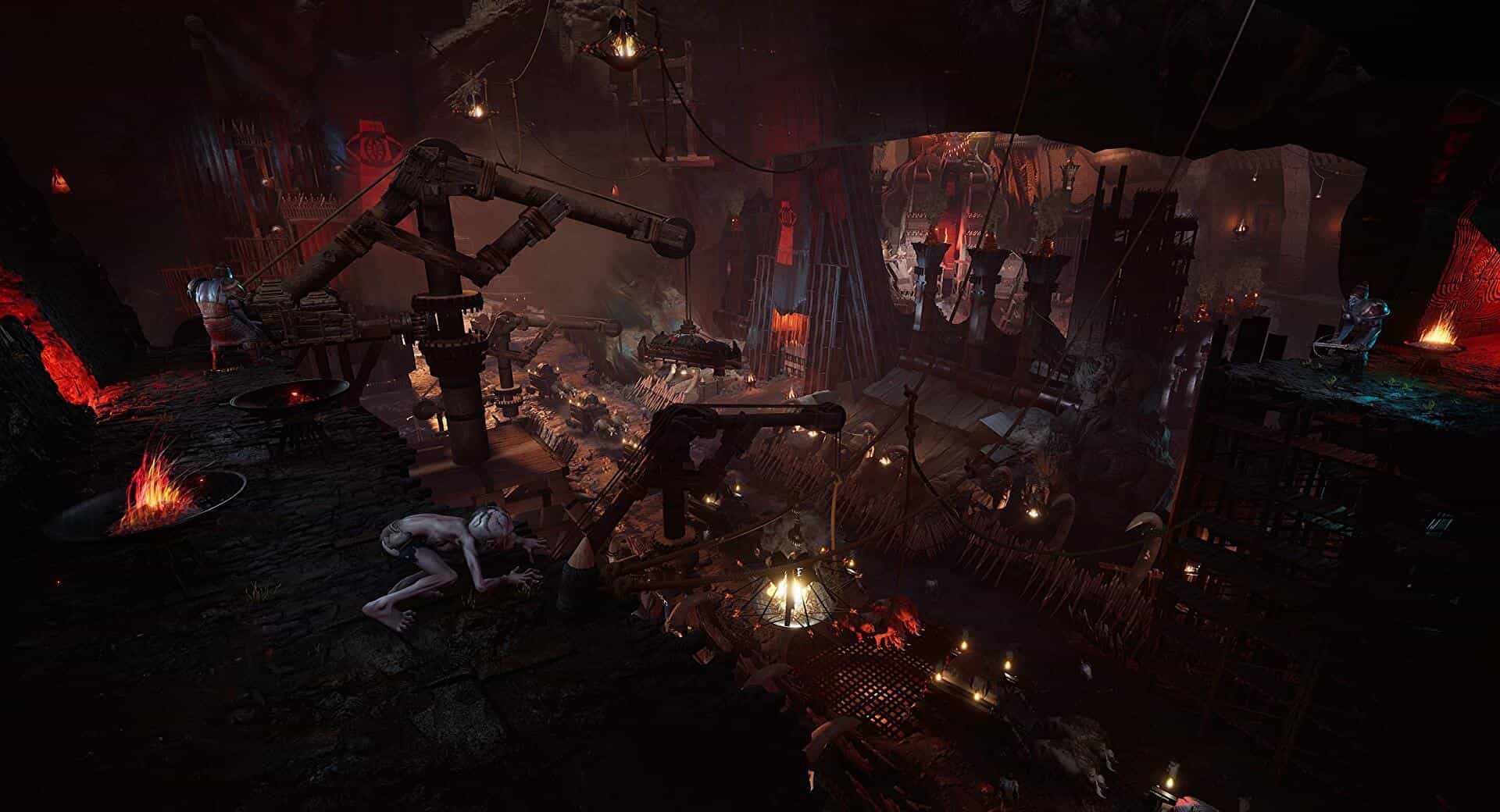 The Sneakiest Of Hobbits

When you are trying to prepare for stealth combat or simply to avoid enemies, there’s an indicator that renders Gollum semi-invisible; this means that you are now hidden from enemies, which can be achieved by hiding in tall grass or behind objects. If there are multiple enemies, combat is not advised as it’s not Gollum’s strength. As such, it’s best for you to just hide and hopefully take out enemies one by one, or if possible sneak past them.

You can sometimes run away from a fight if you do have too many enemies attacking you at once, but this will not be successful most of the time and shouldn’t be relied on. Fortunately, the game will feature many different checkpoints, so if you do die for whatever reason then you won’t lose too much progress and can continue without much issue.

Meanwhile, The Lord of the Rings Gollum also features a sensor type mode that has been seen in a lot of different stealth games. This mode shows you where stealth zones are located by making them glow green, while enemies are tagged red. You can also use this mode to find hidden areas too. However, it’s worth mentioning that things are subject to change; even the UI could see some drastic tweaks from now until release.

Option A or Option B, It’s Up To You 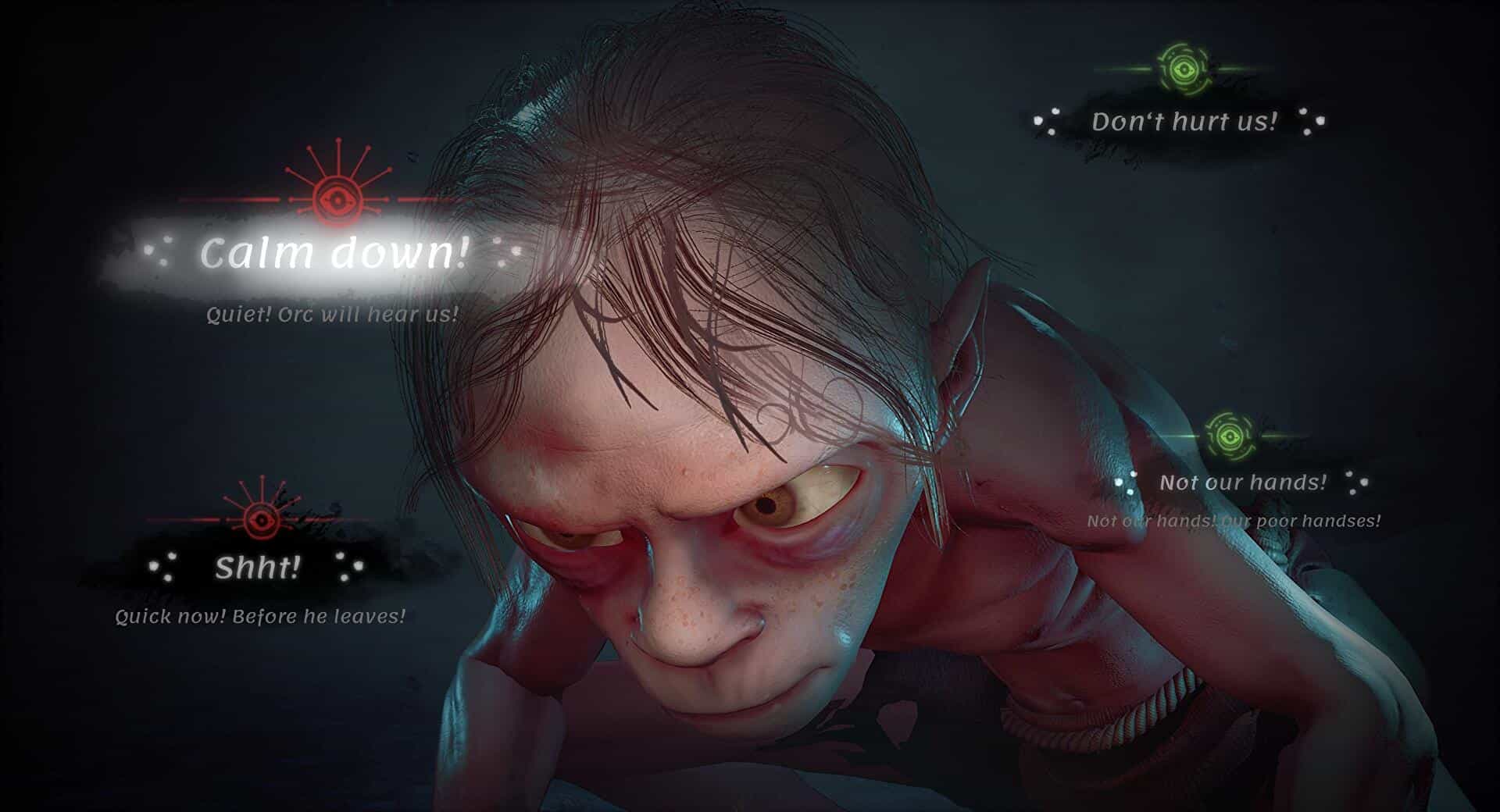 The level I saw also showed off a Fell Beast flying around, and the PR mentioned that even though supposedly they were only really seen during the War of the Ring, they live in Mordor so it makes sense they’d be seen in the game. During part of the demo there was an option select that popped up, which allowed you to make a choice.

In this instance, Gollum had found a tiny bug on the floor, and was deciding if he wanted to eat it, but Smeagol, the supposed good half, wanted to just play with the bug. While this option didn’t really affect the gameplay too much, the team did say that some of the options will have some slight effect on the game though not sure by how much.

The area of Mordor was stunning with its lava floor, its uniquely structured mountains and the layout in general left me really impressed. While the overall tone was pretty dark, the lighting system and natural lights from the fire and brimstone it made the area feel oddly warm – and this is Mordor we’re talking about.

Out Of The Frying Pan And Into The Castle

After this, we skipped a little bit further into the story, showcasing us some of the latter parts of the game. You will eventually visit the Elven realm, and in the demo it revealed that Gollum was trying to steal something for his new friend. Here, the One Ring-obsessed fella will bump into some old and some new characters along the way, including a blind Elven figure who seems to have formed a strong bond with Gollum.

We were also given a look at Gollum’s stamina system here, which came in handy tackling the puzzles spread throughout. While most jumps don’t drain stamina, you will lose some if an edge is rough or Gollum doesn’t land on a flat surface.

I asked if anything would increase his stamina, but I was told that as Gollum is already 500 years old, if he was going to learn anything he probably would have by now. This was also the response to the idea of learning skills and having a skill up system. As such, it’s likely that there is no levelling system present in Gollum’s adventure.