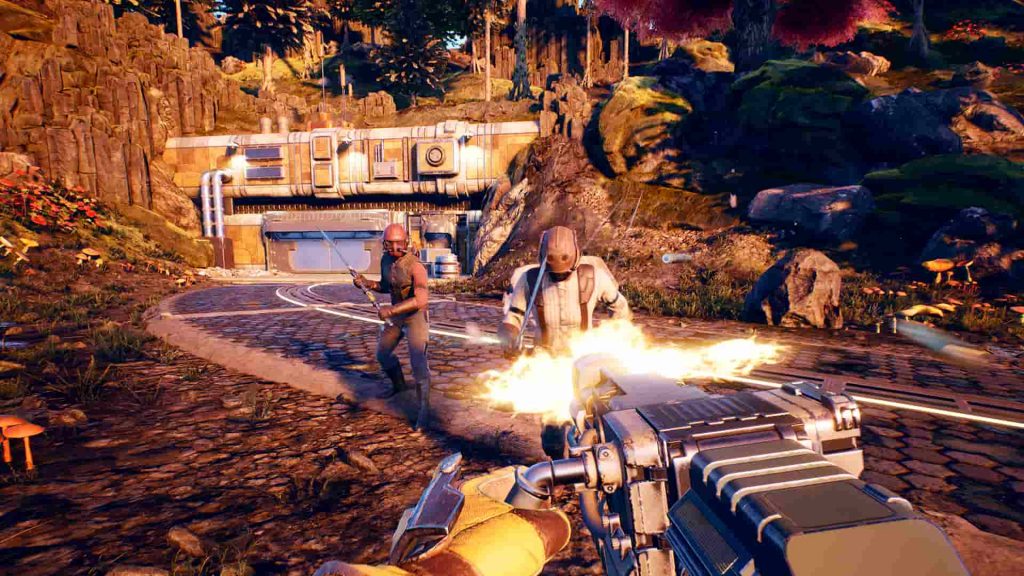 Super promising sci-fi RPG The Outer Worlds just got a little bit more interesting thanks to a report published by Gameinformer.

VATS Combat Is In The Outer Worlds

VATS, the slow-motion combat system popularized by the Fallout games has a found a new home in Obsidian Entertainment’s forthcoming open world RPG, The Outer Worlds.

Speaking to Game Informer, The Outer Worlds co-director Tim Cain and lead designer Charles Staples went into some detail on how VATS combat is being reintegrated and reimagined as ‘TTD’ for Obsidian’s latest title:

“TTD is our tactical time dilation. You can slow time and move, shoot. It’s a way for you to behave tactically in combat if you’re not the best FPS player. But FPS players are still going to use it because it gives you bonus status effects depending on the targeted body part.”

“At first, we had TTD slow everything all the time and just drain at a constant rate. It drained really fast. Then we balanced it so that if you just look around, you can have plenty of time in there. Moving drains it a little bit faster. When you start taking a specific action, that’s when you lose a big chunk of it.”

So far, so VATS then! You can catch the video which lays out how TTD will function below:

The Outer Worlds is set to release on PS4, PC and Xbox One sometime in 2019.