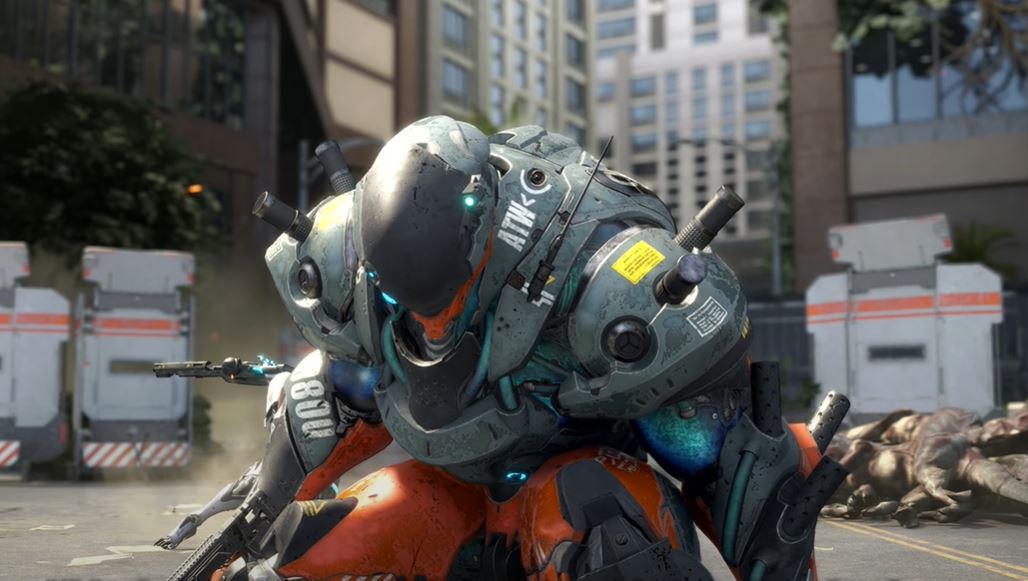 ExoPrimal is a new IP announced by Capcom that quite literally has dinosaurs falling from the sky, but I’m getting ahead of myself here. Originally seeming like a long overdue remake of cult favorite PSOne series Dino Crisis, ExoPrimal is instead a third-person squad based shooter that has players teaming up to take on what seems like an endless supply of really pissed dinosaurs.

Appearing similar to the Destiny games, where players can choose from different classes in order to create a group synergy, ExoPrimal showed players dropping some heavy firepower on their dino foes, while other special abilities come into play such as creating a massive energy shield, unleashing a storm of rockets and more besides.

Though the trailer was relatively short, it does seem like that ExoPrimal might very well be Capcom’s feel real stab at creating a live service game. Personally, I just wanted to see a Dino Crisis remake, but that’s just me. You can catch the ExoPrimal trailer below:

ExoPrimal is set to release for PS4 and PS5 sometime in 2023.