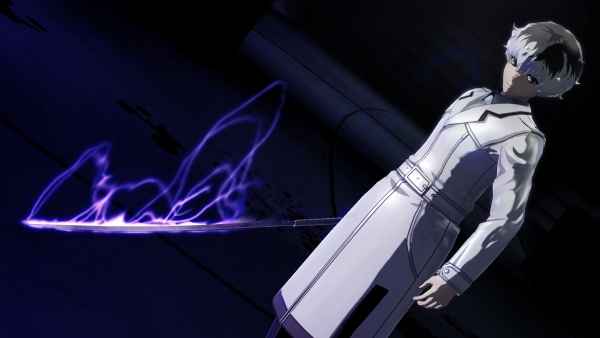 The first trailer for Tokyo Ghoul:re Call to Exist has been launched on the Bandai Namco Entertainment America’s YouTube channel – and it looks absolutely stunning.

Dark yet somehow colourful at the same time and brimming with high-octane action, the 70-second video is sure to have fans of the original manga salivating at the mere prospect of a Tokyo Ghoul video game coming to Western shores.

Tokyo Ghoul: re Call to Exist – Eat Or Be Eaten

For those who aren’t familiar with Sui Ishida’s popular manga, Tokyo Ghoul is set in an alternate universe in which carnivorous ‘ghouls’ haunt the streets in search of human prey to feed their insatiable hunger for human flesh.

Identifying these terrifying creatures isn’t easy, however, as they look and act just like normal people (minus the cannibalism, of course). Which is a bit of a problem really, since they possess strength, speed, regenerative powers, and damage resistance far in excess of the average human being.

Fortunately, a number of government organisations, like the CCG (Commission of Counter Ghoul), have been created to hunts these beings down.

What Is Tokyo Ghoul:re Call to Exist?

Developed by Three Rings, Tokyo Ghoul:re Call to Exist will unite characters from across the franchise, according to an official press release published on Gematsu, as players fight for survival amidst the perilous backdrop of the war between ‘Ghouls’ and ‘Investigators’.

On the mechanical side of things, each character in Tokyo Ghoul possesses a range of unique abilities and “weapons to master, including [the] Kagune or Quinque type items”, producing the “fast-paced multi online co-op play” described in the press release and exhibited in the announcement trailer, that also lets friends challenge one another to “gruesome battles to the death”.

Sadly, no concrete release date is available at the time of writing, but we do know Tokyo Ghoul:re Call to Exist will be coming to both PS4 and PC via Steam “soon”. PSU will be watching this one closely.