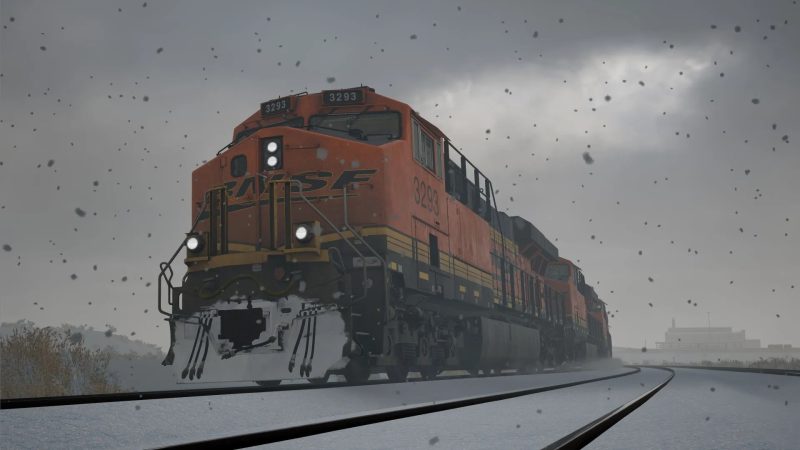 Train World Sim 3 has been announced with a release date of September 6, 2022 for both PS5 and PS4.

The next chapter in the train simulator franchise from Dovetail Games is almost here, and it’ll be arriving with new routes, trains, and plenty of new features.

You can check out the announcement trailer which launched for Train Sim World 3 today for yourself, here.

Train enthusiasts will be able to take locomotives like the BR Class 395 ‘Javelin’ and the BNSF GE ES44C4 across stunning routes.

The Cajon Pass in California, the Kassel-Würzburg route in Germany and the Southeastern Highspeed route between London and Kent are all included.

There’s also a new dynamic weather system and an all new lighting system to enhance your gameplay and make everything feel as realistic as possible.

You’ll drive through snow, rain, and thunderstorms across the core routes, and make carefully calculated choices with the more responsive handling as you transport these monstrously huge trains across the world.