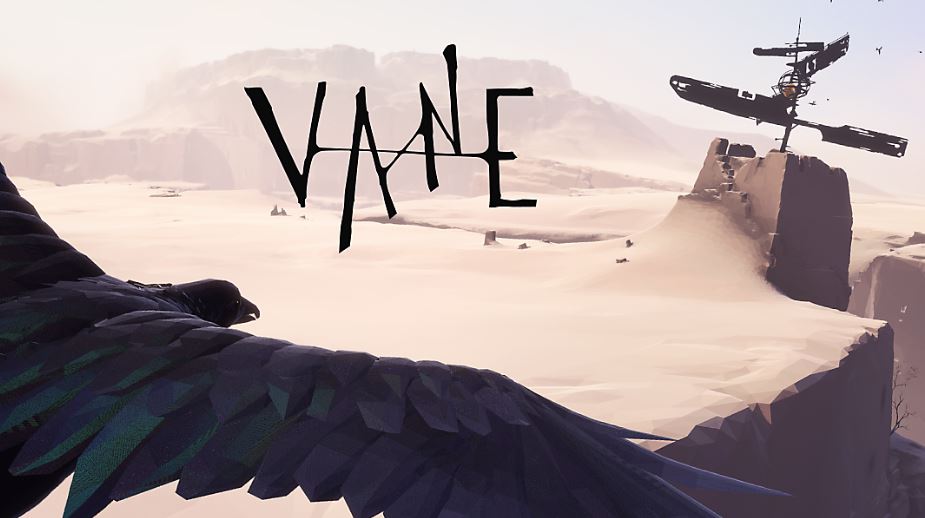 Vane is an ultra-stylish independent effort that is set to release on PS4 on January 15. Looking like a delicious marriage of fellow indie efforts Journey and RiME, we sat down with Tokyo-based developer Friend & Foe Games to get the lowdown on this hugely intriguing title.

PSU: It has been a little while since we’ve seen anything substantial on Vane – so to refresh the minds of our readers, could you provide us with a brief overview of the game.

Friend & Foe: Vane is an adventure through a ruined land, where players use the power of a mysterious golden substance to transform between a bird and child. Using both of these perspectives, they unravel the land’s mysteries and build a path forward. The world reacts to their passage, evolving and building into unexpected directions. With a minimum of direction and hints, players find their own way through the shifting world. It’s a wordless, atmospheric, weird game that we hope leaves an impact.

PSU: With the likes of The Last Guardian and Killzone filling out an impressive resume for your team – how did the experience gained in developing those games prepare the studio for Vane?

Friend & Foe: It manifests especially in our quality bar – we’re a very small team but we insist on a high level of polish. It could almost be argued as a handicap – striving for that level of quality puts a constant strain against our limited resources.

PSU: What was the main inspiration which fueled Vane’s polygonal aesthetic?

Friend & Foe: We were really curious to see how far we could push an artstyle that didn’t rely on textures in the traditional sense, that focused more on the big picture – the whole landscape as a texture, with big painterly gradients and interesting color shifts, and surface detail being sculpted as opposed to painted on. A texture-less style also meant that we as a small team could get art into the game quickly but retain a great sense of control over the look. So Vane’s graphics really come from the combination of big-picture visuals and sculpted detail, and an economical workflow and lots of fun shader trickery.

PSU: This mysterious gold substance which changes the player character into a bird – are there applications beyond that, and, when the transformation takes place, is there a time limit or some other limitation imposed upon the metamorphosis?

Friend & Foe: Without saying too much – the gold is one of the primary axes around which the story and the game world revolve. The gold can transform the world itself.In terms of the impact on the player, the player’s avatar will get covered in a golden dust, which causes the transformation from bird to child. The dust will stick on the child unless they fall from high up – in which case the dust blows away and the child will transform back into a bird.

This allows for interesting back-and-forth gameplay, where you use the perspectives of each form to inform your path. For example, the bird is fairly limited in the impact it can have in the world – it can’t move heavy things – but the child doesn’t have nearly the same freedom of motion. It’s up to the player to figure out how to keep the appropriate form at a given point in the game – sometimes you need the freedom of action the child form provides, and sometimes you need the freedom of motion the bird form provides. It’s a much more complex interaction than just the bird being the travel form, for example.

PSU: The synopsis for Vane talks about how the remnants of its world react to your passage through it – how does this work exactly? Do sections of the game world shift and change depending on whether you’re playing as the child, or as the bird?

Friend & Foe: A large part of the gameplay is understanding how you can change the environment, using the power of the gold. Stairs might build up where there weren’t any before, doors would open in a wall. With one or two exceptions, the player uses the child form to affect change on the world, while the bird form is used to identify where that change can happen, and to figure out what routes to take.

PSU: From the recently released release trailer one thing that stands out is the spectacle and sweep of the world that Vane permits the player to inhabit. Just how big is the game world in Vane, and how free is the player to explore it on their own terms?

Friend & Foe: The game consists of several fairly open, large sections, and then some tighter stuff towards the end. In the above-ground sections there’s no limit to where the player can go as a bird, except for a storm that rings the world – the bird can’t fly through it. While the space itself is quite large, the bird is capable of great speed, so traversing the space isn’t too punishing.

PSU: Continuing on from the previous question – does Vane encourage players to explore; are there secrets or rewards for doing so?

Friend & Foe: Rather than presenting goals or rewards, we see our job as putting this strange environment in front of players and letting them approach it as they see fit. Vane won’t lead its players around on a leash. As the player progresses through the game, their capabilities will change , but it’s not tied to a collection mechanic. When we planned out our secrets (of which there are a few), we tried to think in terms of experiential rewards – some cool music, or a striking vista.

It’s stuff that we hope sticks with the player, but it won’t accrue in an inventory – we don’t have a system like that. So while we don’t rub the player’s face in it, there are some secret spots in the game, and we hope players find and enjoy them!

PSU: Going back to the most recent video, it would appear that there are a range of puzzles for the player to solve in Vane. Is this accurate and if so, can players expect to be challenged by them?

Friend & Foe: The puzzles themselves are relatively simple; in Vane, the challenge is in understanding the space, and determining how to be what shape at what time. There’s a few different contexts for the player to understand, but the game overall is a more atmospheric than brain-bending experience.

PSU: The soundtrack that underpins Vane’s on-screen action is a mesmerizing kaleidoscope of haunting synth and more delicate, almost folkish beats – does the music react to the on-screen action at all and what were your inspirations behind its composure?

Friend & Foe: To answer the easy question first, yes the music is always a confirmation or result of player action. There are exceptions when the surroundings are reacting to the player, making the music an integral part in telling the story of our second main character, the world itself.The inspiration comes from a wide variety of sources. The music itself changes and mutates with the world, spanning decades of electronic music evolution.

From the warm classic analog sound of the late 70’s synth pioneers, with a short round trip to Berlin, to the French brutally distorted signature sound of the new millennia with an interim of strange East European and Russian sub culture influences.

PSU: How long can players expect Vane to last – and is there a reason to replay the game, such as a New Game Plus mode or equivalent?

Friend & Foe: The environments are fairly open, so a playthrough can have a fair amount of variability to it; but we think the main path of the game is between 3-5 hours. Finding all the trophies might take another playthrough, and there’s what we hope is a good reason to replay but don’t want to discuss.

PSU: Vane has been in development for a good while now. During its time in development, how much energy was directed towards enhancing the game for PS4 Pro users? And if time was spent, what are the sorts of enhancements that PS4 Pro users should expect?

Friend & Foe: PS4 Pro runs [the game] at a smoother framerate. We had hopes of more ambitious features, like higher-res rendering, but all our efforts wound up going to finishing the game itself. Maybe in an update!

PSU: Thank you so much for taking part in this interview!

Developed by Friend and Foe, Vane releases exclusively for PS4 on January 15, 2019. Look for our definitive review soon.