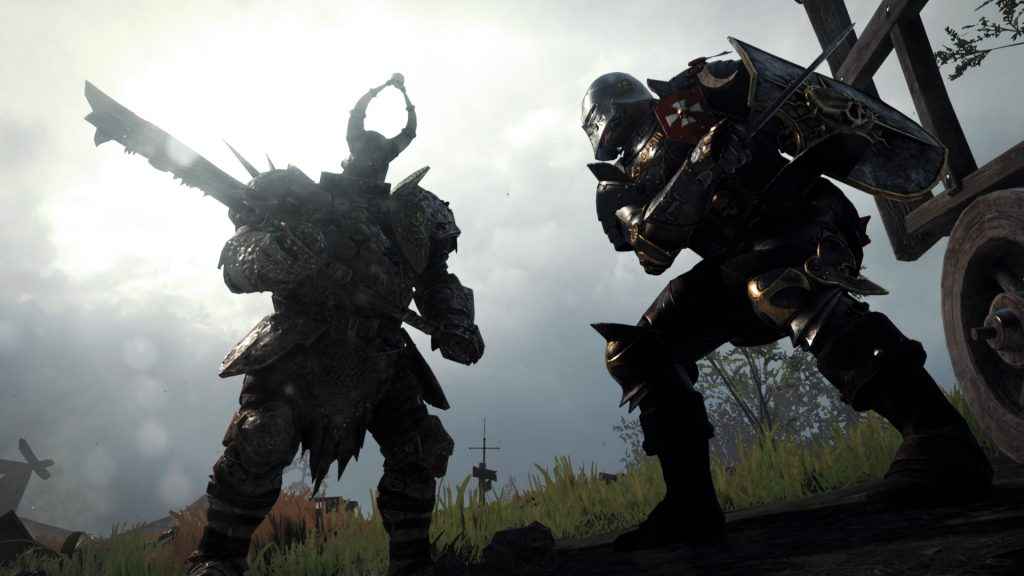 The Warhammer Vemintide closed beta for PS4 is currently in full swing. Ahead of the game’s full December 18 launch, you can test out the game with thousands of others and carry progress over to the full game at release.

There are three maps available during the closed beta: Against the Grain, Righteous Stand and Athel Yenlui. Not everyone will get picked, but you can sign up right here and you’ll be emailed with a code to download it if you’re one of the lucky ones.

With the sequel to Warhammer Vermintide, coming out on PS4 in December, we were graciously given the opportunity to conduct a Warhammer Vermintide 2 interview with Robert Backstrom, Senior Producer at Vermintide 2 developer Fatshark. In the interview we ask him all sorts of interesting stuff, ranging from the new loot systems and career pathways through to the standard of support that PS4 Pro owners can expect to name just a few of the topics.

We hope you enjoy this Warhammer Vermintide 2 interview!

Robert Backstrom: The tighter release window is possible because we have more experience in where the challenges taking a game to consoles are and also the fact that we now have a lot of the backbone platform systems in place (integration to PSN, render pipes, network to name a few), this allows us to focus on getting the content in place. Fatshark always aims to have as simultaneous releases as possible because we believe that is the best way to keep the player community interested but we are also a small studio whose release pipe is limited in how many projects we can have release simultaneously.

PSU: What sort of support can PS4 Pro owners look forward to in Warhammer Vermintide 2?

Robert Backstrom: Native 1440p textures, enhanced shadow qualities, smoother frame rates are the obvious. But also – by hosting the game on a PS4 Pro you are increasing the game experience for everyone in the game as the hardware is much better suited to the increased CPU load being a server is. We are investigating if we can to prioritize PS4 Pro systems as hosts in our matchmaking.

PSU: To this day the original Vermintide had some of the most impressive lighting and shadow effects seen in an FPS. With that in mind, what sorts of visual improvements can PS4 owners expect Vermintide 2 to bring over its predecessor?

PSU: I think I know the answer to this but is there any chance of Vermintide 2 supporting split-screen co-operative play? So few big budget games support it these days, and yet, some of the fondest memories I have from gaming have been split-screen sessions on games such as Left 4 Dead and Splinter Cell: Blacklist.

Robert Backstrom: We are not doing it for release. We think…Or perhaps? Who knows. But we love the thought of doing it.

PSU: Arguably one of the most satisfying things about Vermintide was how full the screen would get of enemies all rushing towards you. In Vermintide 2, has the enemy limit been increased, or, are we looking at similar numbers to the first game?

Robert Backstrom: The horde is one of the game core mechanics and kept untouched. There are plenty of moments where tides of vermin are racing towards you. But now they are accompanied by mighty Chaos Warriors, terrifying trolls and grotesque Chaos spawns who tower above them.

PSU: A source of some frustration in the original was the loot system. You could finish a hard fought level with a bunch of loot dice on a higher difficulty, and often the RNG gods would see fit to not bestow an item of quality upon you despite your struggles. In Vermintide 2, what changes have been made to the loot system to make it fairer?

Robert Backstrom: The dice game is gone. While it was a nice nod to the tabletop game it came with issues that led to frustration. In Vermintide 2 we have made three significant changes:

Frequency – you are now rewarded with three items after a level instead of only one. More is simply better.

Relevance pt 1- with the introduction of character power level which is carried over to the weapon we can make that a weapon is kept relevant. The rarity of the weapon is of less importance. You can find a white power level 110 weapon when you are on power level 100 that will replace your old purple power level 70 weapon as your main.

Relevance pt 2 – you will only find gear for the character you are currently playing. No more Elven bows for the Dawi.

PSU: In the original Vermintide, there was no sight more terrifying than a rampaging Rat Ogre. In Vermintide 2, what new hulking horrors do we have to look forward to?

Robert Backstrom: Vermintide 2 introduce a whole new bestiary of lumbering and fearsome big uns. Stormfiends, Chaos Spawns and Bile Trolls are new additions to the game and the Rat Ogre is revamped as well. Worth mentioning is that corner taking and turn animations is more more complex to make look good for a large monsters than for a small Skavenslave in horde of other Skavenslaves. We therefore gave all of our large enemies a new animation behavior, what we called a “Big Boy”-treatment to make sure they move in a believable manner. I recommend our dev blogs for more information – http://www.vermintide.com/news/

PSU: Speaking of horrors, Vermintide 2 brings with it the arrival of the Chaos race. What sorts of new enemy types can we expect to encounter?

Robert Backstrom: The Chaos faction, the Rotbloods brings several new enemies to the fray. You will find horde enemies such as Marauders (in four different variations) and Fanatics, elites such as the iconic Chaos Warriors, specialist enemies such as the chaos sorcerers and the new big guys. But even the Skaven faction is bolstered with new enemy types such as Stormfiends and Plague Monks. We would once again like to recommend our dev blog for more detailed info on the more than 25 enemy types you will find in Vermintide 2.

PSU: Aside from Chaos, was consideration given to including any other races in Vermintide 2?

Robert Backstrom: There are many viable bad guys in the Warhammer universe.and we had long and heated discussions before we decided on the Chaos faction. But in hindsight – we are very happy with our choice and that we decided to stick to one faction (two actually since we also expand the Skaven enemy set) as it offers more than enough. Besides that – it means that we still have a lot more evil to explore in future expansions and sequels.

PSU: Vermintide 2 brings back the same five heroes that were in the previous game; was there ever at any point the desire to expand the roster of selectable heroes, and if so, why didn’t they make the cut?

Robert Backstrom: We decided to keep our five protagonists since we quite frankly love them too much to let them go. Additionally, we felt that we weren’t done telling the story about this team of unlikely heroes. We did however wish to expand the options for players, which is why we introduced Careers. Each hero now has the ability to select between three vastly different Careers, each with their own talent tree and playstyle. With this solution we were able to both keep the story coherent and in the same time introduce heroes iconic for the lore such as the Slayer or the Zealot.

PSU: One of the most pleasant surprises about the first Vermintide was just how many different maps there were for players to get stuck into. At launch, will Vermintide 2 have less maps, the same, or exceed the number of maps available in its predecessor?

Robert Backstrom: Same number but with a larger number of environment variations.

PSU: Will the improvements to matchmaking on PS4 extend to the use of dedicated servers like the PC version of Vermintide 2?

Robert Backstrom: We are, when I am writing this not planning to have dedicated server support at launch for PS4. However, this is still something that is subject to change.

PSU: Tell us one thing about Vermintide 2 that you haven’t told anybody else 🙂

Robert Backstrom: Karl Willetts has done some of the Marauder VO.

Source: Thank you to Robert Backstrom and Plan of Attack PR for arranging this Warhammer Vermintide 2 interview.