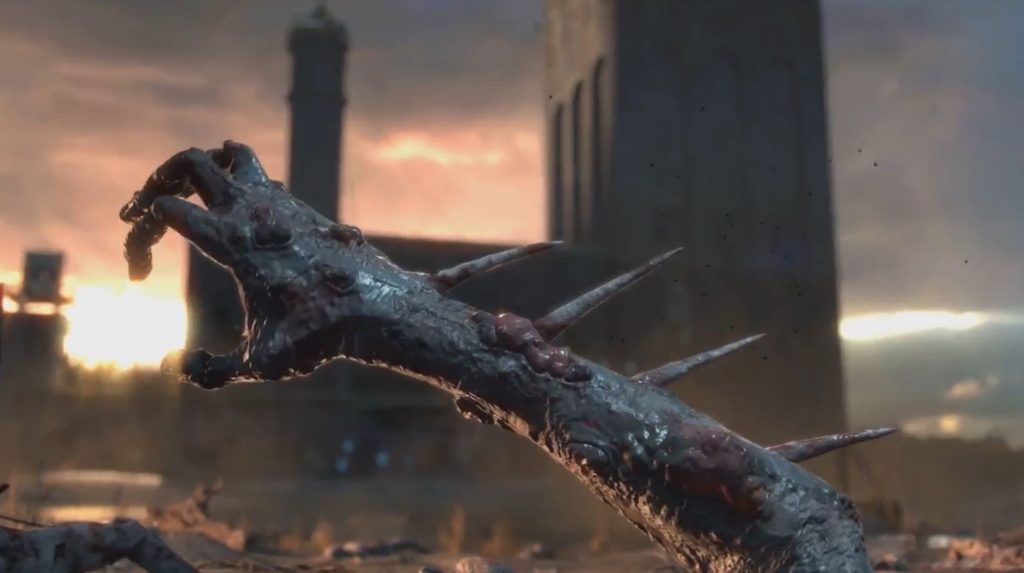 Techland just showcased an extended look at Dying Light 2 gameplay. And, we saw a lot of changes to the combat and characters that are clearly pushing the sequel forward in a meaningful direction.

First up, we saw a look at how the narrative choices will drastically affect the story and your playthrough of the game. The clearest example was is at the end where you reveal an entirely new section of the city and a new breed of the undead awakens.

Combat and traversal have also seen some changes, including the ability to use a zombie to break your fall. Techland has also added in a wall run, which felt missing in the original Dying Light.

A new ranged weapon has been added. The Scorpio allows you to practically one-shot enemies, and it can be used as a two-handed spear for blocking attacks. A new rope mechanic allows you to pull objects in the environment so that they fall on humans or zombies. That rope can also be used to swing across combat arenas and quickly escape danger.

Earlier in the demo, we saw the new paraglider, that allows you to glide across the world quickly, rather than have to parkour your way through every building, which became tedious in the first game.

Overall, this demo absolutely blew me away and was just what I needed to see from the game. It has shot up my most anticipated list. You can rewatch the gameplay below:

Dying Light 2 is the highly anticipated sequel to the award-winning open-world survival horror action game. You play as Aiden, a new hero in a world torn apart by the ravages of the infection, where every decision counts and death lurks around each corner.