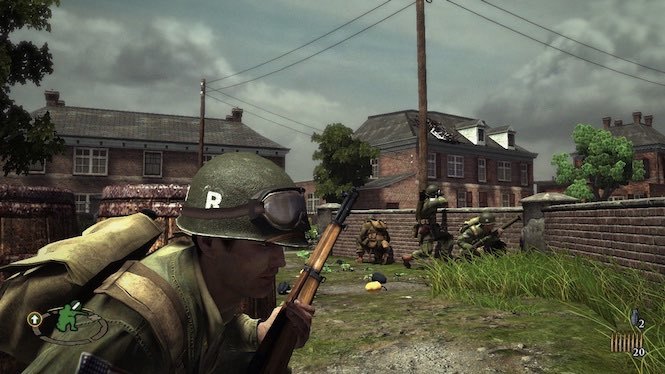 It’s going to be interesting to see whether the recent allegations against Gearbox CEO, Randy Pitchford, will put the future of some of the companies upcoming games in doubt.

We’re not going to cover those allegations within this article until further evidence has been provided, but you can read the recent findings at Variety.

Alongside the unannounced Borderlands 3, games that Gearbox are reportedly working on include the new Brothers In Arms game.

Back in May 2018, Pitchford responded to a fan of the franchise on Twitter who asked him if there was any update on a new game in the series. He responded with:

“We are working on something,” he responded. “We’ve been working on it for awhile and there’s some awesome people involved and as it is developing I am starting to think it could be really good. I want to be sure before we announce. We have more work to do.”

In 2017, Randy Pitchford also teased the possibility of a new Brothers in Arms game amidst bubbling rumors of Call of Duty World War 2.

Writing on Twitter, Pitchford replied to a comment posted by Vlambeer’s Rami Ismail, who expressed his disappointment regarding Activision’s supposed return to its WWII-flavored roots for the new Call of Duty this year. Pitchford’s comment read simply, “You’re going to hate something we’re doing then,” which gives off a distinctly Brothers in Arms vibe.

Brothers in Arms is of course a well-known first-person shooter series set in World War II, which began with 2005’s Brothers in Arms: Road to Hill 30.

Recent titles have been made available only for Android and iOS formats, with the planned Brothers In Arms: Furious 4 scrapped a few years back following negative fan feedback. Elements of the game were however incorporated into Gearbox’s latest new IP, Battleborn.

While a new installment in the acclaimed franchise has yet to be confirmed, it is believed that Gearbox intends on rebooting the Brothers in Arms series for its next outing. Whatever happens in the current Pitchford case, we’d guess that isn’t going to change.