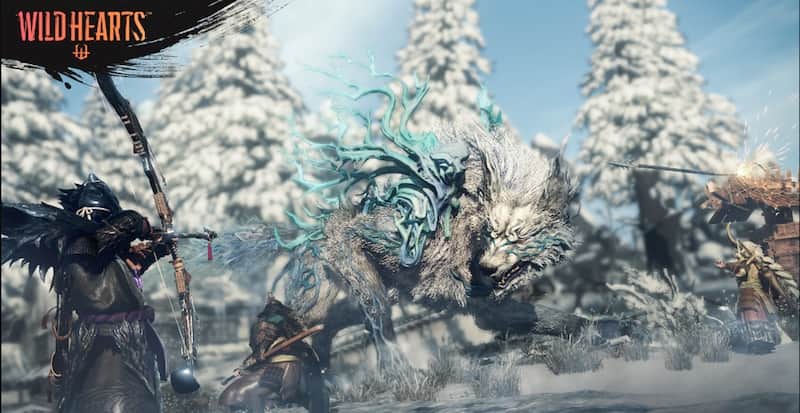 Electronic Arts and Koei Tecmo have announced that Wild Hearts, which is billed as “the first AAA hunting experience for a new generation,” will launch on February 17, 2023 for PS5, PC and Xbox Series X/S.

First up, here’s the debut trailer followed by some key details.

Developed by Omega Force, which is the same team responsible for the long-running Dynasty Warriors franchise, Wild Hearts takes place in a fantasy feudal Japan setting, where you’ll square off with giant nature-infused creatures known as Kimono. You’re not completely helpless though, as you will receive help from a ‘sophisticated mechanisms’ called Karakuri, forged from ancient technology.

WILD HEARTS opens up a vibrant fantasy world to players that’s as untamed as it is beautiful. With WILD HEARTS, not only did we want to showcase the evolution, infusion and real threat caused by Kemono, but we also wanted to create a game where crafting was at the core of the experience, redefining what can be possible in a beast hunting game.

We have placed great care in designing our Karakuri to fit within the combat, and we’re excited for players to use these powerful mechanisms to fight giant beasts and traverse the world.

Wild Hearts allows you to hunt as a lone wolf or team up with two friends via co-op and Cross-Play for all versions of the game. The hunting title also includes voice overs in English, Japanese, French, Italian, German and Spanish.

Wild Hearts is slated for release on February 17 for PS5, PC and Xbox Series X/S.