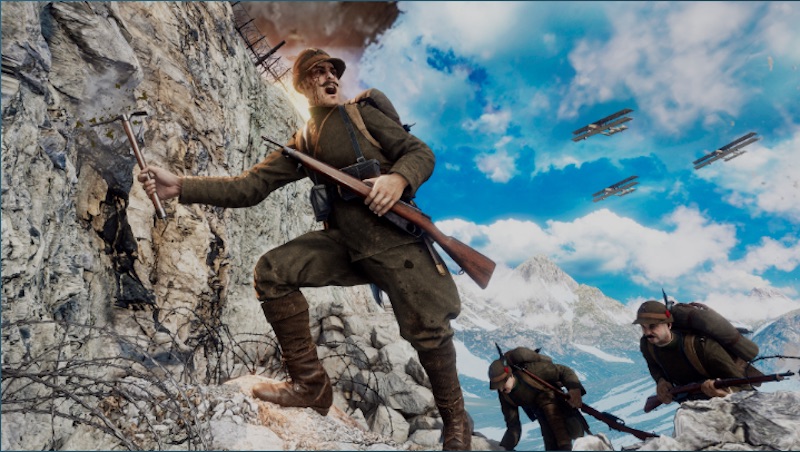 For those who haven’t been following the WWI Game Series, Isonzo is the third entry in the franchise and takes place on the Italian Front during the Great War. Here, the action switches to mountain warfare as Italy battles against the Austro-Hungarian Empire, after war erupted between the two nations on May 23, 1915.

Isonzo will introduce a brand new Offensive game mode, which puts players right in the midst of ‘key historical offensives on the Italian Front.’ Here, one team will have to capture a series of defensive positions while the defenders have to prevent that from happening.

Ferocious Alpine warfare will test your tactical skills in this authentic WW1 FPS. Battle among scenic peaks, rugged valleys and idyllic towns in northern Italy. The Great War on the Italian Front is brought to life and elevated to unexpected heights!