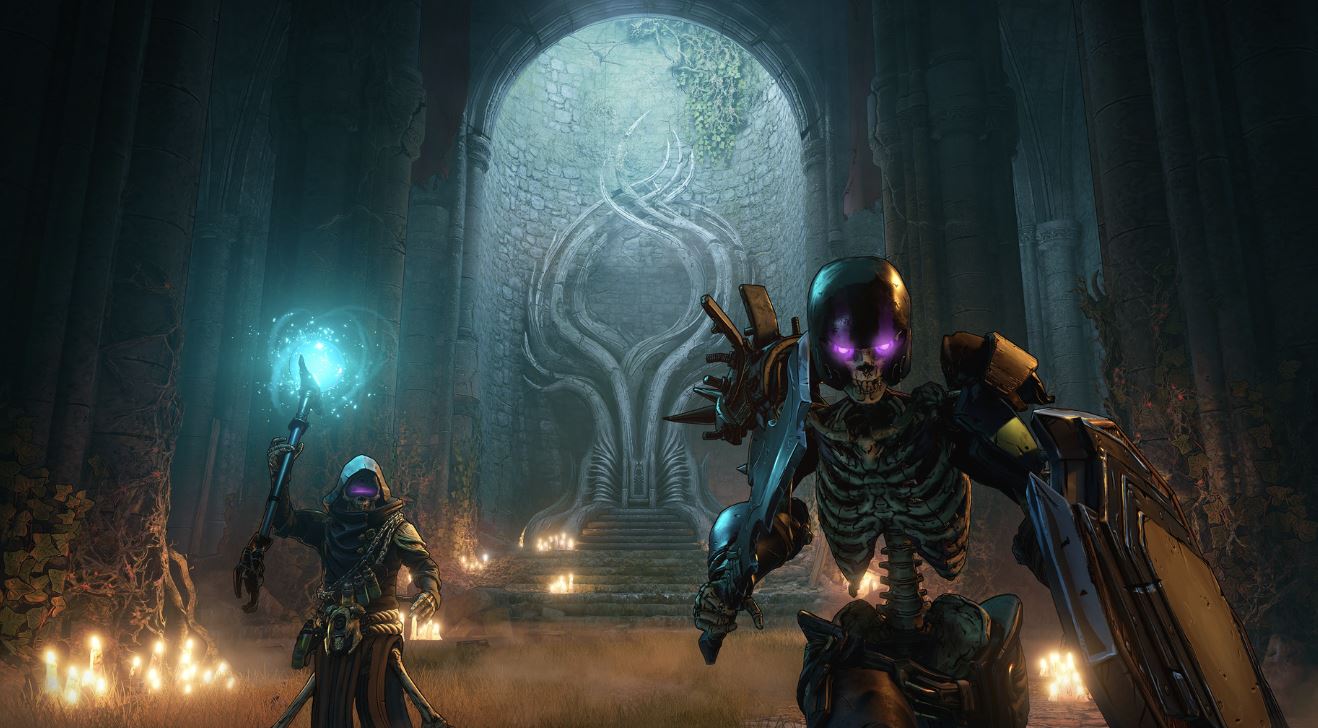 Tiny Tina’s Wonderlands PS5 Review. Tiny Tina’s Wonderlands is a spinoff from the main Borderlands franchise and a continuation of Tiny Tina’s Assault on Dragon Keep. It’s set up like a game within a game. Tiny Tina, one of the main protagonists from the Borderlands games, throws you into her own fantasy world that she calls “Bunkers & Badasses”. According to Tiny, this is a game she controls and you’re just along for the ride. The goal is to win her game by defeating the evil Dragon Lord.

Setup – Game Within A Game

The game is set up quite differently from the main Borderlands series. You have an “Overworld” which is basically a 3D game board. You can walk around on this Overworld game board to enter different dungeons and Underworlds (like a level select). On this Overworld quest board you play in a third-person top-down perspective. The “Underworlds” are essentially what planets were in Borderlands 3, they are the areas where you play in first-person view and fight enemies. The combat mechanics are the same you’re used to from Borderlands, not too much difference there. 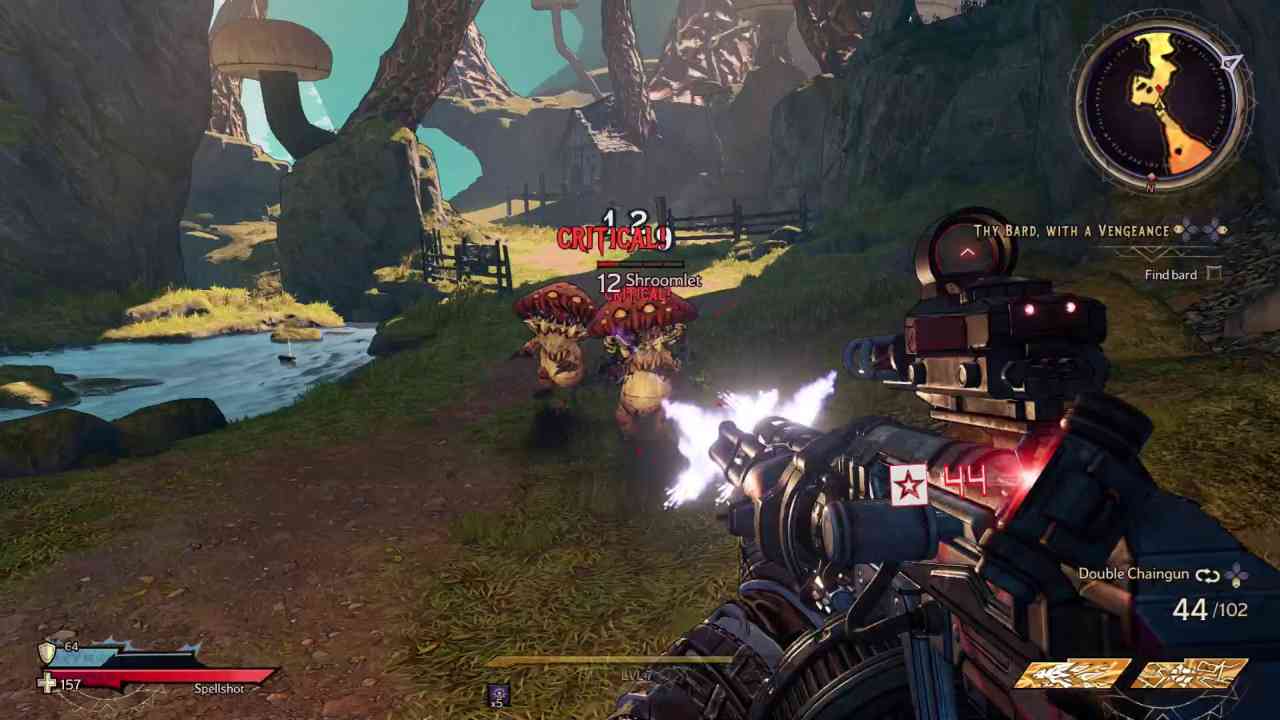 I was very surprised at the game’s length – about 40 hours for all main- and side quests. There’s also a repeatable endgame activity that consists of randomized dungeons, but it’s quite repetitive and gets boring quickly. Still, there’s good loot to be won from the endgame and you can get another 10 hours out of it if you want to reach Chaos Level 20 for the sake of a trophy. This means it takes around 50 hours total to complete the game. A bigger chunk of content than I expected from a spinoff.

Side quests in the Overworld all feel the same, requiring you to enter a dungeon and fight 1-2 waves of enemies, then returning to the quest giver. But where the game shines is the “Underworld” quests, those are much longer and have their own side stories, all told in the joyful manner you’re used from Borderlands games. There are some really odd quests, get ready to kill a village of smurfs and help the tooth fairy, among other craziness. Given that the characters and story are told from what Tiny Tina envisions in her dream world, nothing should surprise you. The longer side quests are really quite entertaining, some last up to 40 minutes. They are also rich in dialogue and the voice acting is amazing, it’s clear they put a lot of work into that and didn’t half-ass it.

The game also balances progression and exploration nicely, you can’t simply rush through the story because you’d be constantly underleveled between areas. Thereby the game forces you to do most side activities as you go. It creates a nice pace between going on open world trips to hunt XP and advancing the story once you feel strong enough to do so. There are plenty of side areas.

The game runs well, graphics are in the style of other Borderlands games. I had a few instances of minor bugs and glitches but they were quickly solved by rebooting the game, didn’t encounter anything game-breaking.

The game features 6 starting classes. Regardless of which one you pick, you can use Spells which are a lot of fun to experiment with. I was positively surprised how many spells and variants there are. I constantly kept finding new ones and tried them right away. Even in the endgame I kept finding new ones never encountered before. The same goes for weapons. All drops are randomized so naturally you get a huge variety of gear. Legendaries have unique effects that make them stand out from the rest. This helps to keep the experience fresh and ever-evolving as you’ll constantly want to switch your gear and strategies.

Like other Borderlands games each starting class has unique attacks (abilities) and their own skill tree. It’s worth trying them all to see what suits your playstyle. You also get to pick a second character class halfway through the story, including its skill tree. It’s possible to reset your secondary class after the story and freely change it and redistribute skill points. However, the primary starting class cannot be reset for some reason. This doesn’t make much sense – on the one hand the game is being user-friendly by allowing resetting half your character, but then it doesn’t allow you to reset the other half. Especially for the endgame it would have been nice to reset both to try more variants. 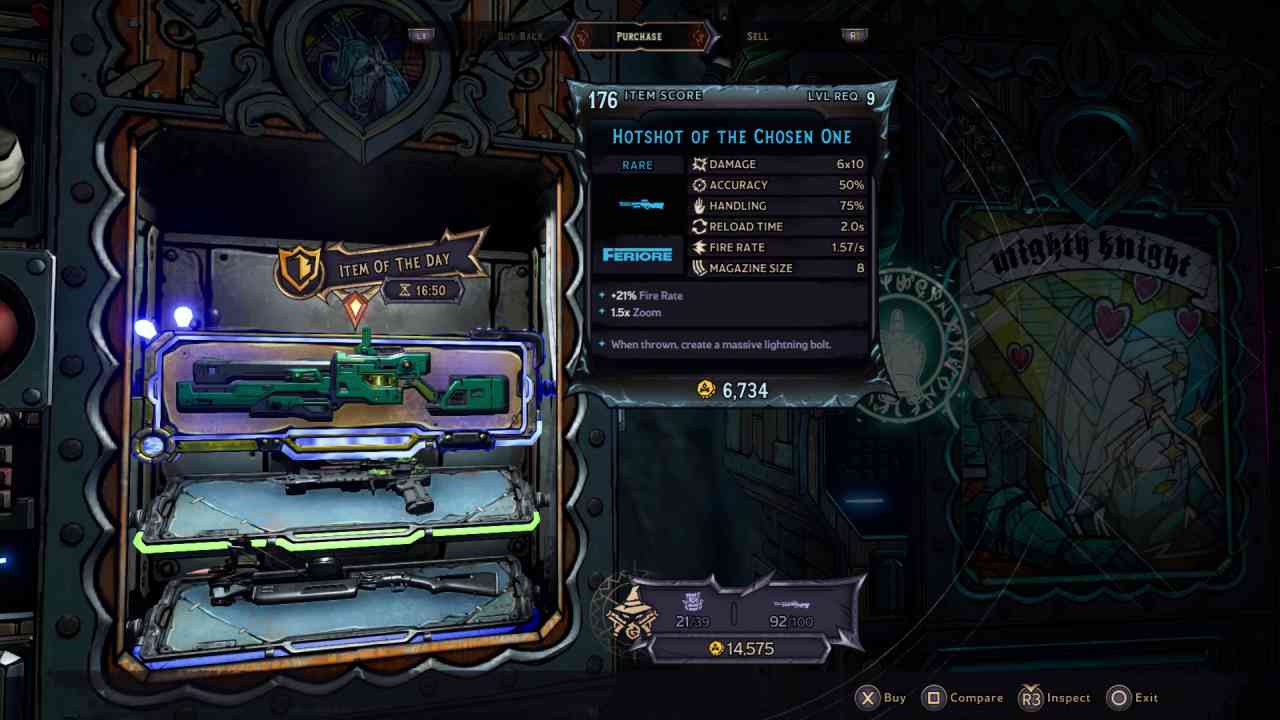 Tiny Tina’s Wonderlands features crossplay right at launch, allowing you to play with users across other platforms. Although I did have some occasional menu freezes when switching from local play to online play, it’s quickly fixed by rebooting the game. The actual co-op connection works quite well when I tried it with friends. As usual with Borderlands games you can still trade with other players. You can also change between a mode that drops unique loot for every player (so others cannot steal it) or the same loot for everyone (other players can steal it).

There is also local splitscreen, on PS4 it supports two player splitscreen and on PS5 it supports four player splitscreen. It’s nice to see that this feature still made the cut. You just need to sign in with a second controller through a second user on the console. Even if that account doesn’t have any progress it can join right where the first player is. Enemies and difficulty scale to your own game depending on your level. Because of this you can play with any friend regardless of their progress, pretty cool! 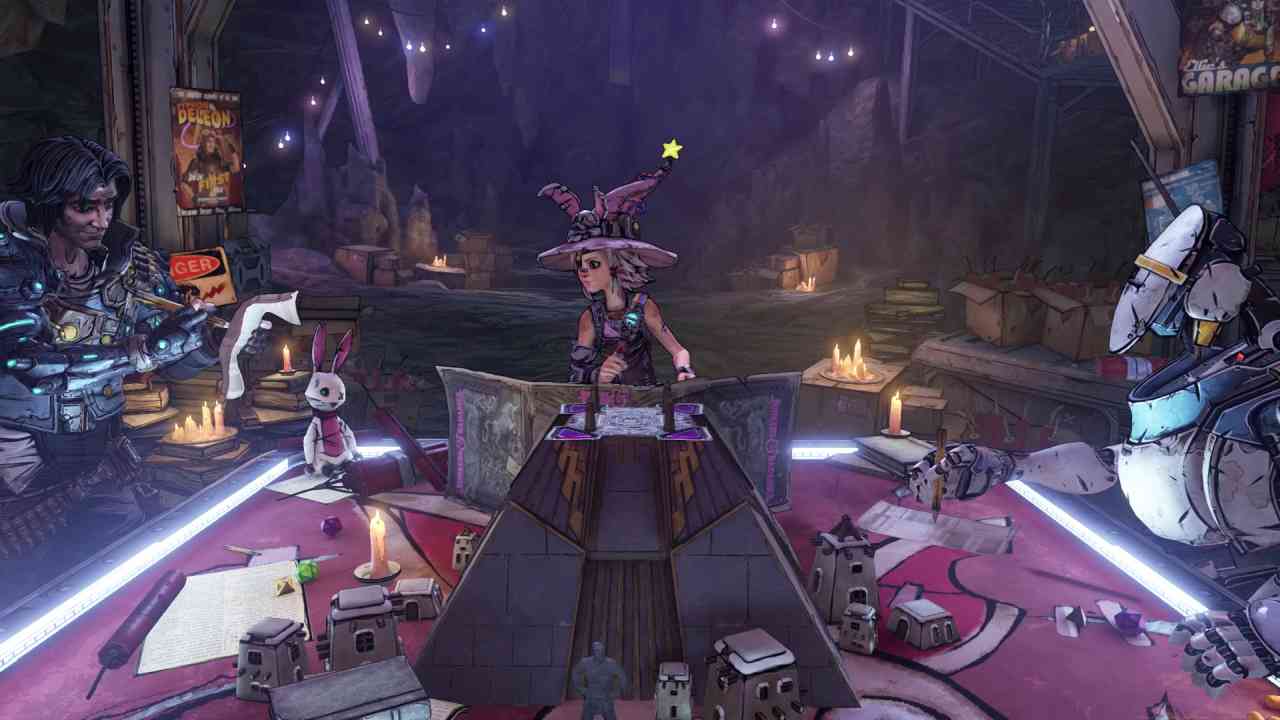 All this makes Tiny Tina’s Wonderlands one of the most approachable co-op experiences this year. One word of caution however: on PC savefile editors are rampant and it’s unclear if this could pose a risk to console players (i.e. PC modders using this to edit your character’s stats remotely). Unless you have a friend who’s playing on PC you will probably want to keep crossplay turned off and stick with console players.

Tiny Tina’s Wonderlands is out now on PS4 and PS5.

Tiny Tina’s Wonderlands can easily keep up with the main Borderlands games and feels like a high production value game, not like a smaller spinoff you might expect. There’s a lot of content underpinned by fantastic gameplay. Just the endgame is a bit repetitive. If you’re a fan of Borderlands this is highly worth your attention.